The upcoming EU referendum has brought about a different kind of political debate in the UK, and the need for facts and analysis to sort through the many issues at stake is clear, writes Anthony Salamone. He sets out an open invitation to the University of Edinburgh’s new free online course which will guide participants through the referendum and provide a space to discuss this historic decision. 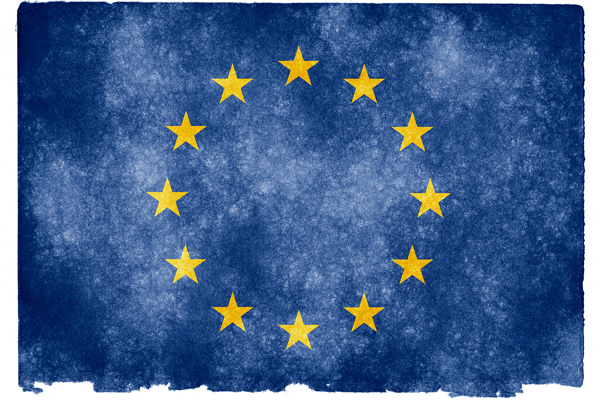 The UK’s referendum on EU membership is now firmly on the horizon. Referendum Day – 23 June – could well be remembered as a landmark in the UK’s relations with the rest of the world, as well as for its own constitutional settlement.

Campaigning has been in full swing for a number of weeks, with a plethora of claims and counterclaims from all sides on issues ranging from the economy and migration to democracy and sovereignty. Depending on the perspective, the debate has been characterised by too much information, too little, or perhaps not enough of the right kind. Many are looking for a clear explanation of the facts and an informed analysis of what’s going on.

In truth, the EU referendum has brought about a different kind of political debate in the UK. The European Union is a particularly complicated organisation, even to those of us who study it every day. Although important and worthwhile, it can be a real challenge to discuss each of the many policy areas connected with the EU in an informed and meaningful way.

In that sense, the referendum has produced a national conversation on a set of international (and often rather technical) issues. This reality makes it more difficult to have a thorough debate. It also risks demotivating those who are interested in the referendum but find the whole affair excessively complex.

This process is also a novelty for the EU. It is not the first time a country has seriously considered leaving – that was, of course, also the UK, with the 1975 Common Market Referendum (in which over two-thirds voted to stay). Nevertheless, it is out of the ordinary for a country to unilaterally seek a renegotiation of its own terms of EU membership, and then hold a referendum specifically on the question of staying in or leaving the EU.

More broadly, uncertainty has been a central feature of the debate. This is a consequence of the lack of precedent – no Member State has ever withdrawn from the EU – and the volume of issues that would need to be addressed in the event of exit. It is also a reflection of the bargaining and compromise-driven nature of the EU. Many of the questions to be answered would be decided by political leaders as they went along. Therefore, it is difficult to predict the variables at play.

Even if the UK stays, the EU will not be the same. The renegotiation would be implemented, which, if relatively limited in its reach, could still set the trend for a whole new kind of differentiation between how countries work in the EU. Beyond that, the EU is faced with a host of major challenges, each of which is and will continue to put pressure on it to adapt. This impetus may necessitate decisions on how far countries are willing to integrate.

Many are in search of facts and analysis on the EU referendum. To that end, the University of Edinburgh, in partnership with FutureLearn, is offering a free online course: Towards Brexit? The UK’s EU Referendum. This three-week course, run by experts in the field, guides participants through the referendum – before and after the vote.

In the first two weeks, we look at the how the UK ended up having a referendum on EU membership, the campaign issues, public opinion and alternatives to being in the EU. In the final week, we reflect on the result and what it means for the UK and the rest of Europe. The course also serves as a forum to discuss the referendum as it happens with participants from around the world. It features resources to learn more about the issues and includes the opportunity to put questions to experts each week.

Whatever the result, the referendum will change the UK, and the EU as well. Join us as we explore one of the biggest decisions facing the UK in a generation: to remain in or to leave the European Union.

Towards Brexit? The UK’s EU Referendum, the free and open online course with Anthony Salamone, Laura Cram and Charlie Jeffery, begins on FutureLearn on 13 June 2016. The course is also on Twitter @EUrefMOOC and with the hashtag #EdinEUref.