The recent Dutch referendum on the EU-Ukraine Association Agreement, which rejected the agreement, was more an expression of Euroscepticism than an evaluation of the actual deal, write David Bokhorst and Bogdan Koetsier. They argue that the role of referendums should be reconsidered, particularly in foreign policy, as part of a wider discussion of how democracy should function in the EU. 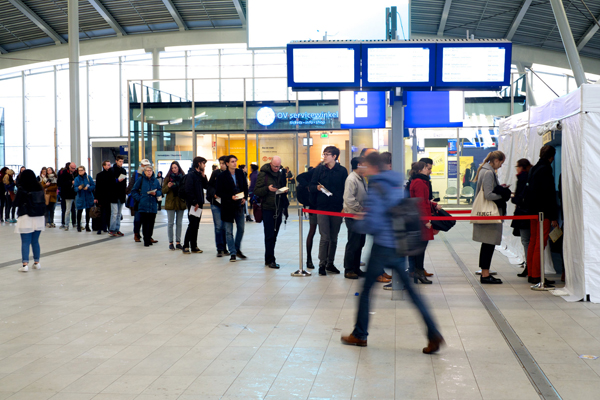 On 6 April, the Netherlands held a referendum on the ratification of the EU Association Agreement with Ukraine. This begs the question as to why a country would hold a referendum on such a particular topic. The EU has association agreements with many states, including Tunisia and Chile, all incorporating rather vague promises of political cooperation with technical details on trade and regulatory cooperation.

The EU-Ukraine Association Agreement was the first piece of EU-related legislation to be passed by the Dutch Parliament since the adoption of its new law on referendums. This allowed GeenPeil, a Eurosceptic citizens’ initiative, the opportunity to bring an EU-related topic to a national vote.

The group managed to achieve its goal. On a meagre turnout of 32.2 per cent – only just passing the 30 per cent threshold required for the referendum to be valid – 61.1 per cent voted against and 38.1 per cent voted in favour of the Association Agreement.

Despite the advisory character of the referendum – and the fact that the vast majority of the electorate refrained from voting – the Dutch government will not be able to easily ignore the result. In the run up to the referendum, many parties felt pressured to promise to take the result seriously, making it almost de facto binding.

Consequently, Prime Minister Mark Rutte promised to withhold the Dutch ratification vote on the agreement, for now. Rutte – a strong supporter of trade agreements and not a fan of referendums – finds himself in a tough spot, having to negotiate a special position for the Netherlands on this deal during his own presidency of the Council of the EU.

At the moment, it is far from clear what will happen. The Netherlands is the only country not to have ratified the agreement, and the EU is unlikely to change course. One possibility could be to try to find some legal exceptions for the Netherlands on the political part of the deal. Clearly, this is unlikely to impress ‘No’ voters.

So, why did the Dutch vote ‘No’? To be clear, the exact causes for the Dutch ‘No’ vote remain a matter of interpretation. For some, perhaps, there were justified worries about the deal, such as instability in Ukraine or the consequences of the deal in terms of geopolitical relations with Russia.

But in all likelihood, for most it was simply an expression of Euroscepticism. Fuelled by the Greek saga, euro crisis and migration concerns, there has been a shift in thinking on international issues for part of the population: ‘Cooperation leads to mutual gain’ has been replaced with ‘They gain, we pay’.

Variants of this latter argument were plentiful in the referendum debate. In this sense, Ukraine merely became a coincidental victim in channelling a broader sense of the political disenchantment of those who feel the European project is not working in their interest any longer, and who feel their voices are not taken seriously in this debate.

The referendum debate was characterised by a strong sense of distrust. All mainstream political parties, as well as a number of large NGOs, were in favour of the agreement, yet their arguments – and meagre campaigning – did not seem to resonate sufficiently. In this respect, the debate was almost an exact repeat of the referendum debate on the EU Constitutional Treaty in 2005 (also ‘No’).

Additionally, there was a lot of confusion on what the Ukraine deal really meant. Some claimed it was simply a trade deal, whereas others saw the vague promises of political cooperation in fact as a commitment on future EU membership.

Membership of the EU is officially not in the agreement, and would require a lengthy process with multiple parliamentary decisions. But when trust in elites and institutions is low, all the fact-checkers in the world cannot change the perception among some that they are being cheated.

The Association Agreement – so the initiators of the referendum claim – serves as a perfect example of all that is wrong with today’s EU. They openly proclaimed that Ukraine itself was never really on their minds. Presumably, they simply wanted to increase Euroscepticism. And the fact that the government can in practice do little to sufficiently satisfy the ‘No’ voters will certainly help their cause.

Officially the Dutch voted on the Association Agreement, but unofficially many answered: ‘Are you in favour of or against the EU?’ This raises a number of important questions on the adequacy of the new Dutch referendum law.

The aim of the referendum law was to narrow the gap between citizens and politics. However, it is unclear what the referendum has achieved in this sense. The referendum debate was just as much about Ukraine as it was about the suitability of referendums themselves, and it is justified in wondering whether a referendum on a topic such as this does not inherently lead to disappointment on both sides of the debate.

The law itself also has flaws. The current minimal turnout threshold of 30 per cent encouraged strategic voting for those in favour of the agreement. With the exit polls predicting a possible turnout of less than 30 per cent, a number of voters might have decided to abstain from voting, giving the ‘Yes’ vote a disadvantage.

Moreover, it is questionable how representative the referendum is. The big silent majority was absent and it is far from clear what ‘Yes’ or ‘No’ really meant, since the vote did not give a clear mandate to the government. Additionally, the percentage of ‘No’ voters reflects the percentage of voters for the more extreme right and left in parliament, who feel political disenchantment more strongly than others. They represent a sizeable chunk of the population, but far from a majority.

The political weight of this referendum could also be called into doubt if we consider that it was a one-sided national referendum on an EU-wide foreign policy matter. In the end, less than 1 per cent of the total population of the EU voted against a treaty that concerns the Union as a whole. In this sense, this referendum differs from the UK’s EU referendum, in which the consequences of the vote will primarily be borne by the British themselves.

All in all, this brings us to wider questions on how to organise democracy in the EU and how to channel voices of protest in a meaningful way. In the meantime, the initiators of this referendum have already announced that more EU-related referendum initiatives are on the way.

Bogdan Koetsier is an independent researcher. His research interests include commemoration and memory, war crimes, the successor state of the former Yugoslavia and the role of Islam in contemporary Serbian society.