The shift towards ‘evidence-based’ policymaking and pressure from the EU have pushed European governments to increasingly make use of technocratic expertise in policymaking, write Elke Heins and Hartwig Pautz. They call for a new research agenda to explore the facets of ‘independent evidence’ and the role of austerity in European governments’ policy responses to the Great Recession. 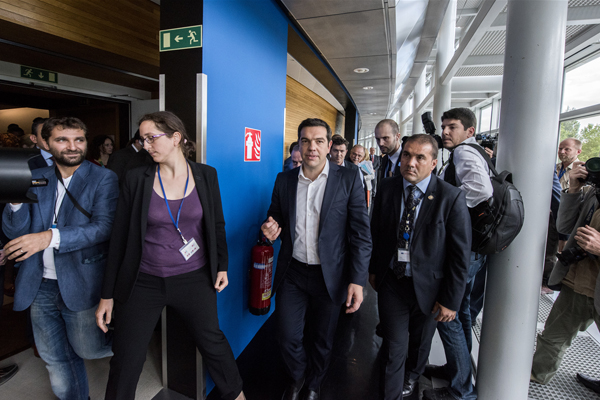 Over the past few decades, governments in liberal democracies have been able to draw on expertise from an increasing number and variety of policy advice organisations. Besides their traditional source of policy advice – the civil service – there is now a competitive and fragmented mixed economy of think tanks, consultancies, research institutes and lobbying firms.

Independent expertise from organisations and individuals outside of government became increasingly important in the context of the turn to so-called ‘evidence-based policymaking’ in the late 1990s. This shift claimed to ensure that policymaking was not steered by ideology or partisan interests, but simply and plainly by ‘what works’. However, it also raised important questions about the source and orientation of the evidence and expertise.

Think tanks are among the political actors which have gained a prominent role in this context, where knowledge, expertise and evidence constitute the weaponry in politics and policymaking. This is particularly the case in social policy, where the oft-proclaimed necessity for austerity and deep changes to the workings of the welfare state have been argued for on the basis of evidence from sources that are far from objective, impartial or focused only on ‘what works’.

The contexts of the crisis, welfare state change and public spending cuts should provide critical observers with sufficient material to ask how ‘independent’ expert organisations really are, and how they have furthered a discourse around the notion that austerity is ‘without alternative’.

European governments have also been influenced over the past few decades by what is known as Europeanisation. Membership of the European Union imposes certain standards on national government policies and practices. This influence is more limited in social policy, as the EU treaties require respect for welfare state diversity.

While the EU cannot force its Member States through legislation to harmonise their welfare systems, it does provide ample opportunities for policy learning and the sharing of ‘best practice’, most notably through the Open Method of Coordination. For example, the EU-wide popularity of policy concepts such as the ‘social investment state’ or the ‘activating state’ can be traced to this tool of ‘soft governance’.

Informal, direct pressure to reform welfare states is brought to bear in this way. At the same time, participation in Economic and Monetary Union (EMU) puts more indirect, but much more difficult, constraints on Member States’ room for manoeuvre on social policy decisions, as they must keep within common limits on maximum debt and deficit levels.

The impact on nationally-provided welfare benefits and services is significant, due to the large share these take from total public budgets. The rules have been, in true ordoliberal fashion, significantly tightened and more closely monitored since the crisis in order to avoid market speculation against a Eurozone country and the potential need for further EU bailouts.

The combined implications of these two separate developments, which have both resulted in an increased reliance on seemingly technocratic expertise, are empirically under-researched and under-theorised. We know that the international nature of the crisis has led to changes in national policymaking processes as a result of internal and external political and economic pressures (eg through Memoranda of Understanding between ‘bailed-out’ countries and the EU). However, important questions remain, including the role of the social sciences in these processes.

First, we know little about the policy advice provided to, and selected by, governments in different countries since 2007/08. In particular, we must uncover how specific ‘fiscal austerity’ and ‘structural reform’ approaches to the crises have become dominant in different countries, how policy ‘solutions’ have been diffused across borders and which actors were central in the promotion of policy learning and policy transfer. Certainly with regard to the latter point, the role of the EU institutions and EU-level advice organisations merits special attention, as they may have acted as ‘transmission belts’ of ideas and policies.

Third, little is known about the impact of the international nature of the crises on (supra-)national policy advice landscapes and their ‘civic epistemologies’ (Jasanoff 2005). In other words: did the crises change the way ‘we know things’ in the national context and at the EU level?

The study of these issues is both timely and urgent in order to understand how ‘austerity’ and ‘structural reform’ discourses have become – and continue to be, given the ‘permanent austerity’ (Blyth 2013) Europe finds itself in today – the only game in town across Europe.

The authors invite interested colleagues to join them in exploring the ‘politics of expertise’ in the crisis through a comparative approach. As the first step in building an international research network, they are organising a workshop bringing together a number of experts which will take place on 5 February 2016 at the University of Edinburgh. The event is supported by the Edinburgh Europa Institute. If you are interested in the role of policy advice, social networks, EU policy learning and related questions and would like to take part in the workshop, please contact the organisers.

Hartwig Pautz
University of the West of Scotland

Dr Hartwig Pautz is Lecturer in Social Sciences at the University of the West of Scotland. His research interests include think tanks, the politics of expertise, social policy and welfare. His latest book is Think-Tanks, Social Democracy and Social Policy (Palgrave Macmillan, 2012).