France’s state of emergency in the wake of the Paris terrorist attacks has been predominately intended as a measure of public reassurance, writes Emile Chabal. He suggests that current efforts to enshrine the state of emergency provisions into the French constitution ignore its ineffectiveness and its problematic colonial origins. 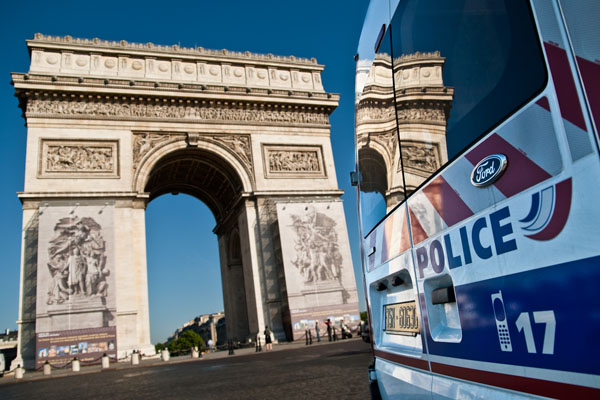 The roots of France’s present state of emergency legislation lie in the late 1950s. At the time, the creation of the nationalist movement the Front de Libération National (FLN) marked a new stage in the growing Algerian conflict. The FLN was a fast-moving guerrilla movement and French politicians felt that additional powers were required to deal with this new threat.

In keeping with the French state’s commitment to national unity, however, politicians argued for the need to create a nationwide law rather than one that would single out Algeria for special treatment. The result was the creation of new state of emergency legislation.

Over the subsequent decades, these laws were lightly modified, but they were rarely used. States of emergency were declared on a number of occasions during the Algerian War – most famously at the end of the war in 1962-1963 – and much later in 1985 during a nationalist uprising in New Caledonia, which saw violent battles between kanak separatists and angry settlers. But the sharp increase in police powers that accompanied any state of emergency otherwise seemed largely unnecessary in times of peace.

It was something of a surprise, therefore, when the centre-right Prime Minister Dominique de Villepin declared a state of emergency in 2005 during the riots and street violence in France’s deprived urban areas. The fact that the implementation of this colonial-era law coincided with a nationwide debate over France’s colonial past only made matters worse. To many, it appeared that the country was reliving its decolonising struggles within its own borders.

Nevertheless, de Villepin’s decision reminded French politicians of the existence of this unfashionable piece of legislation and of its potential in combating domestic threats. When France suffered its second major terrorist attack in less than twelve months in November 2015, few were surprised to see President François Hollande declare a state of emergency once again.

The stated aim was ostensibly to beef up the police’s anti-terrorist powers. Under a state of emergency, the police can detain people or search their homes without the need for a time-consuming warrant. If need be, they can close buildings and public spaces, limit freedom of movement and control the press. Sure enough, in the month following the 13 November attacks, the police carried out 2700 searches and made over 300 arrests.

There was also a more political reason for imposing a state of emergency: Hollande wanted to ‘reassure’ the French. Despite the wide-range of existing anti-terrorist legislation and the inherent difficulty in stopping small-scale terrorist operations, a state of emergency gives the illusion of strength. With Hollande struggling desperately in opinion polls, he hoped a firm response to the recent attacks would reinforce his image.

But, as his centre-left predecessors during the Algerian War discovered, a firm response carries the risk of escalation. The last time the state of emergency was declared in 2005, politicians were soon talking about the best way to end it. Today, there are proposals to insert the state of emergency explicitly into the constitution, thereby rendering it a permanent part of France’s legal landscape. If this happens, the prospect of serious civil rights violations will increase exponentially.

Not only would a constitutional change give the state of emergency a form of legal legitimacy that it has never had, it would also result in an unprecedented increase in executive authority. Already, the French president is one of the most powerful democratically-elected heads of state in the world. Allowing him or her to implement a constitutionally-mandated state of emergency would only encourage this tendency.

It is, of course, true that France is unlikely to fall under military dictatorship any time soon. Fears of a scenario in which an extreme-right French president would use the state of emergency to create a fascist state are far-fetched. It is even possible that Hollande will not get the required number of votes in both houses of parliament to implement his proposals.

But this should not conceal the potential changes that Hollande’s reform could bring about. In particular, ‘constitutionalising’ a state of emergency would ensure that it is used more frequently to target terrorists. Police violence is already a major problem in France. Since the 1980s, marginalised non-white communities have repeatedly denounced their poor treatment at the hands of the authorities – and the clearly neo-colonial origins of the state of emergency do not appease these feelings.

More fundamentally, the efficacy of the state of emergency is entirely unproven. It certainly facilitated terrible police and paramilitary violence during the Algerian War, but it failed to protect France from decolonisation and the repercussions of the conflict. Likewise, during the New Caledonian crisis in the 1980s and the riots of 2005, it did little to limit the scope, scale or consequences of violence.

The same is likely to be true again if Hollande’s proposals become enshrined in the French constitution. Rather than helping to combat terrorism, the state of emergency will stand as yet another monument to the French Republic’s long struggle to deal with its internal ‘enemies’ – a struggle that began over two centuries ago during the revolutionary Reign of Terror in 1793.

Dr Emile Chabal is Chancellor’s Fellow in History at the University of Edinburgh. He is affiliated to the University’s Centre for the Study of Modern Conflict and he specialises in postwar French politics, Franco-British relations and the legacies of the French Empire.