The central question of the High Court case on the triggering of Article 50 was whether that process would effectively undermine existing Acts of Parliament, writes Cormac Mac Amhlaigh. He explains that, while the High Court embraced the substantive logic that Article 50 could in practice compromise existing law, the Supreme Court might in the appeal either accept that or support a more formal interpretation of the impact of the EU withdrawal notice. 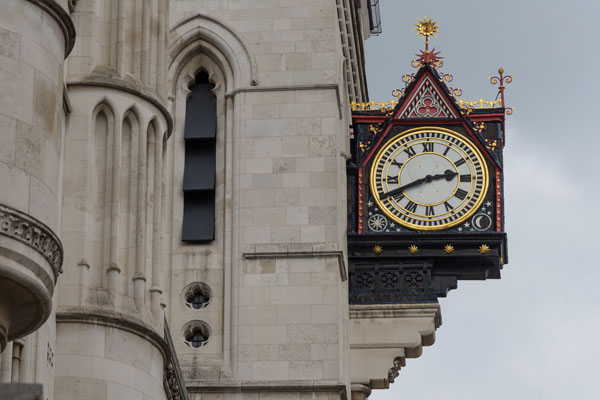 The High Court’s judgement yesterday in Miller v. Secretary of State for Exiting the European Union [2016] EWHC 5768 (Admin), finding that the government needed the consent of Parliament through legislation to even begin the Brexit process, was something of a legal and political bombshell. I think it’s probably safe to say that few (myself included) really thought that the Court would insist upon the government’s seeking the introduction of legislation to trigger Article 50 (which of course begins the Brexit process within stringent deadlines – two years renewable but only with the unanimous consent of the remaining EU Member States).

The government almost immediately signalled that it will appeal the judgement to the UK Supreme Court which, it is reported, had already cleared its diary to hear the appeal in early December (unusually sitting with all 11 judges such is the constitutional importance of the case).

The issue at stake relates to arcane matters involving the exercise of executive powers under the British constitution. In a nutshell, international relations are conducted by the government under the Constitution through what are called prerogative powers (a type of executive power). There are a variety of legal limits to the exercise of these powers, the most relevant to the issue at hand is that they cannot be used to change, undermine or circumvent a statute or deprive individuals of rights (all of these things can legally be done, but only through an express Act of Parliament).

The key issue in the Miller case was whether the triggering of Article 50 TEU to commence the Brexit process (which it was accepted on all sides would normally be done through the prerogative power of conducting international relations) fell foul of the rule that it cannot be used to change the law or undermine or circumvent a statute. The main (although not the only) statute in question was the European Communities Act 1972 (ECA), the measure which effectively gave legal force to the UK’s (then EEC) membership.

To determine this point, it would need to be established that the mere fact of triggering Article 50 TEU could be considered to be an attempt to change or circumvent Acts of Parliament (most notably the ECA), and there are two approaches one can take to the question: formal and substantive.

Formally speaking, the triggering of Article 50 itself starting the Brexit process will not, by itself, change the law nor circumvent the ECA because the ECA will remain in force until such time as it is amended or repealed by Parliament itself, presumably at the conclusion of the Brexit negotiations. The ECA and all other EU-related legislation will therefore remain on the statute book and will be enforceable in the courts until Parliament repeals or amends it and/or the UK formally leaves the EU.

Given that triggering Article 50 constitutes an act of international relations which merely starts the process of negotiation, rather than being a product of negotiation, the triggering act itself would not fall foul of the restrictions on exercising the prerogative, as it does not immediately restrict the effects of the ECA nor in any way repeal it.

The substantive view, on the other hand, involves the idea that even if the mere process of Article 50 does not formally repeal nor immediately undermine the effect of the relevant EU-related Acts giving EU law effect in the UK and bestowing EU rights on individuals, the consequential effect of the trigger would be to put these laws and rights in jeopardy and this is enough to fall foul of the restrictions of the exercise of these powers.

This is due to the fact that the expiry of the two-year time limit (or even agreed extension) in Article 50 will certainty result in the abrogation of some EU-related rights (such as voting for the European Parliament) and runs a real risk of abrogating others (eg free movement rights in the absence of a withdrawal agreement securing these rights). As such, even if the relevant EU-related acts would remain on the statute books after the act of triggering Article 50, this very act puts their subject matter in question and as such it is sufficient to fall foul of the rule.

In the event, the High Court opted for the latter view encouraged by the fact that the government had already conceded that the triggering of Article 50 would ‘necessarily’ have the effect of changing UK law on the issue. The Court’s general position was that certain acts of international relations (such as triggering Article 50) can have can an immediate domestic impact, changing the effects of domestic law (particularly in the EU context given the deep imbrication of EU law with domestic law, primarily through the ECA), such that formalistic arguments that the relevant EU-related legislation wouldn’t be formally repealed by the international act hold little water.

On the Court’s view, if it is the case that the consequence (even delayed) of an action at international level effectively guts (or even runs a serious risk of gutting) an Act of its effect – even if the Act is still formally on the statute books – then the constitutional restrictions on the exercise of the prerogative will apply. It is for this reason that in the judgement the Court liberally claims that the triggering of Article 50 changes domestic law even though this is not immediately obvious.

As soon as the judgement was released, criticisms of the Court’s reasoning were launched. I think that many of these criticisms could have been prevented had the Court been more explicit in its judgement that it was taking a substantive, rather than a formal, approach to the question of whether the exercise of the prerogative in this case constituted an attempt to change domestic law or deprive an Act of its effect. Once viewed in the light of a substantive rather than a formal approach to this question, the reasoning of the High Court makes much more sense.

That said, it is unclear which way the Supreme Court will swing on this question. There are two possible grounds upon which it may overturn the High Court’s decision. Firstly, it could decide that the mere risk of changing the law by the exercise of prerogative powers is insufficient to fall foul of this particular restriction on their exercise; that there must be a more direct and immediate link between the exercise of the prerogative and actually and immediately depriving legislation of its effects.

Secondly, and perhaps more obviously, a majority in the Supreme Court may prefer the formal view over the substantive view, concluding that the mere act of triggering Article 50 does not, in and of itself, change domestic law or strip people of their rights. When Article 50 is triggered, the ECA will remain on the statute books and ECA rights will continue to be enjoyed until such time as either a withdrawal agreement is implemented or the UK ‘falls out’ of the EU on the lapse of the Article 50 time period. To reach this particular conclusion, however, the government would need to revise its position on the effects of triggering Article 50 on domestic law.

Whatever the Supreme Court decides, it will be one of the most important constitutional cases the Court has ever decided in its seven-year history.

Dr Cormac Mac Amhlaigh is Senior Lecturer in Public Law at the University of Edinburgh. His research includes work on law and governance, UK constitutional and public law, constitutional theory and post-state law and constitutionalism.