The variation in vote outcomes across the different parts of the UK in the EU referendum has brought existing constitutional questions to the fore, alongside the new challenges associated with exiting the EU, write David Edward and Niamh Nic Shuibhne. Outlining some of the options for Scotland, they argue that all the political actors involved have a responsibility to solve the existential crises facing both the UK and the EU. 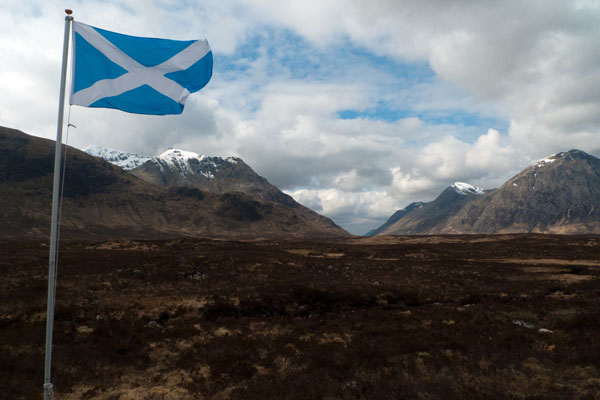 On 23 June, 51.9 per cent of the UK electorate voted to leave the European Union. One of the clearest indices of division within that electorate concerns the split between England and Wales, on the one hand (53.4 per cent and 52.5 per cent respectively to leave), and Northern Ireland and Scotland (55.8 per cent and 62 per cent respectively to remain), on the other. It is undeniable that this dimension of the outcome has intensified the sense that the UK faces an internal as well as external constitutional crisis.

In this article, we examine some of the implications for Scotland in particular, considering the strength of the Remain vote there, its 2014 referendum on independence from the UK and the Scottish National Party’s position in its 2016 Holyrood election manifesto that a ‘significant and material change’ to Scotland’s relationship with the UK could provide the trigger for a second such referendum in the future. Nicola Sturgeon, Scotland’s First Minister, has said that, for her, the outcome of the EU referendum constitutes such a change.

The UK’s system of power-sharing establishes that authority is devolved from the Westminster Parliament to Northern Ireland, Scotland and Wales by means of three distinct sets of arrangements – for present purposes, on the basis of the Scotland Act 1998 (as amended). Consider three proposals that were put forward by democratically elected leaders in other parts of the UK.

First, while 16 and 17 year olds had been permitted to vote in the 2014 referendum on Scottish independence (and in the elections for the Scottish Parliament in May of this year), that was not carried over to the EU referendum in June. Second, all three First Ministers wrote to David Cameron in February 2016 asking that the EU referendum be delayed because elections were taking place in Northern Ireland, Scotland, and Wales in May, and this would confuse two quite separate campaigns.

Third, Nicola Sturgeon proposed a ‘double lock’ mechanism whereby all four constituent parts of the UK would need to vote to leave the EU for that result to be valid. None of these issues was considered with due seriousness.

The absence of appropriate Westminster engagement with how each of the UK’s nations might be represented in the EU referendum process exposes the depth of the fault lines in Britain’s constitutional framework. One could also question the fairness of the electoral arrangement that disenfranchised many UK citizens living and working elsewhere in the EU and many citizens of other EU Member States living in Scotland, including many who have lived here for decades.

Legal Options inside the UK

What are the legal options that face Scotland now in trying to reflect the strong democratic will of its electorate to remain within the EU? In a domestic constitutional system that does not formally allow for the accommodation of that will, the options are somewhat limited. Several ideas have been discussed over recent days.

For example, there is the so-called ‘reverse Greenland’ proposition – that Scotland might remain in the EU even if the rest of the United Kingdom formally withdraws. In the Greenland example, the Kingdom of Denmark was and remained the EU Member State, while Greenland (a part of the Kingdom) was allowed, as a separate territory, to be outside.

Quite apart from the facts of geography, that is an entirely different proposition from one in which the United Kingdom becomes a third state, but part of its territory remains part of the EU. Amendment of the EU treaties to recognise novel forms of Union membership or association at a sub-state level is of course technically possible, if the political will of all other 27 Member States could be galvanised to achieve it, but we do not see such a complex (and necessarily precedent-setting) arrangement as realistic or achievable in practice.

Another dimension of post-referendum analysis concerns the powers that the Scottish Parliament may or may not have to thwart the authority of Westminster internally. Since the UK does not have a written constitution, there is a flurry of speculation at present about the exact domestic mechanics for the triggering of Article 50 of the Treaty on European Union and for the eventual ratification of the withdrawal and future relationship agreements envisaged.

So the Scottish Parliament could put a spanner in the works by refusing legislative consent. However, given the ultimate sovereignty of the Westminster Parliament, also enshrined in the Scotland Act (Section 28(7)), it would always be possible for it to proceed without legislative consent, either by not seeking it at all or ignoring its refusal if sought.

Legal Options outside the UK

If Scotland were to vote to become an independent state, we would pick up the discussions that started in 2014 before the first independence referendum, but in profoundly altered circumstances now. Then, the principal hypothesis was that a newly independent Scotland would need to gain EU membership alongside the rest of the UK, which would itself retain membership.

The narrative at present is about Scotland remaining a member of the European Union while the rest of the UK would leave. Some lawyers would argue that that would require a fresh application for membership under through Article 49 TEU. But like Article 50 TEU on withdrawal, with which we have all become rather painfully familiar now, Article 49 is a sparse, framework provision.

It provides an outline of the basic process and procedural requirements. There is plenty of room for legal argument. But the real work of making Scotland’s membership happen would have to be done at the political level. As a former ambassador from another country remarked to one of us, ‘We will find a way. We always do’.

Whether or not an independent Scotland would have to adopt the euro as its currency and how open borders might be retained with the UK would be key issues in the negotiations. Which objective would now matter to Scottish voters more? Where might the EU extend compromises? The 2014 debates offer no insight for the radically new environment in which we now find ourselves.

An independent Scotland might also consider, even on an interim basis, seeking to join the European Free Trade Association (EFTA) and thus establishing a relationship with the EU based on the European Economic Area (EEA). Under that framework, Scotland would have access to the internal market, and it would have to accept the legal obligations that come with it.

The diminution in law-making influence that flows from the EEA model has been well articulated in recent debates and that cannot be ignored. However, Scotland could retain full participation in Erasmus and some other programmes, with associated status in others such as Horizon 2020. It would have regulatory competence over considerably more policy areas, such as agriculture and fisheries. And difficult questions such as the issue of currency could at least be postponed.

Hard choices therefore face Scotland’s political leaders and, in turn, its electorate. Whatever might happen, the UK can no longer evade more serious reflection on its constitutional setup.

We offer one final comment on the tone of any discussions on Scotland’s future within the EU, whatever the outcome of the dynamics now unleashed. In light of the guiding tone of sincere cooperation between the Union and its Member States set by Article 4 TEU, the UK Government may rightly be criticised for having entered into negotiations with the EU under the firm threat of withdrawal – all the more surprising in light of Prime Minister David Cameron’s warnings of economic Armageddon during the referendum campaign.

But Article 4 also commits the Union to respect ‘the equality of Member States before the Treaties as well as their national identities, inherent in their fundamental structures, political and constitutional, inclusive of regional and local self-government’ (emphasis added).

In 2014, we saw a dismissive and obstinate approach from then leaders of the European institutions responding to whether or how an independent Scotland might secure membership of the EU. The same dismissive approach has come at the time of writing from the President of France and the acting Prime Minister of Spain, neither of whom appear to enjoy the unalloyed enthusiasm of their own electorates.

Nothing could be more counterproductive to what is now sorely necessary: peaceful and positive resolution of the constitutional crises unfolding at all levels. As the First Minister has emphasised repeatedly over recent days, we are in uncharted territory at the present time. All sides involved have a responsibility to be constructive, open and, at all times, respectful.

And if the political leadership paralysis afflicting Westminster in response to the referendum thus far should ultimately, as some already suggest, derail the UK from proceeding with withdrawal, never would the input of all of its nations be more needed, if there were to be any hope of restoring trust and credibility with voters and European neighbours alike.

This article was originally published in the European Law Review and is reproduced with the permission of the publisher.

Rt Hon Prof Sir David Edward KCMG QC FRSE is Professor Emeritus of Law and Chair of the Edinburgh Europa Institute at the University of Edinburgh. He was Judge at the European Court of Justice from 1992 to 2004 and he is a Member of the First Minister of Scotland’s Standing Council on Europe.

Prof Niamh Nic Shuibhne is Professor of European Union Law at the University of Edinburgh. She is Joint Editor of the Common Market Law Review. Her research focuses on substantive EU law from a constitutional perspective, in particular on free movement law.