The Prime Minister’s outlining of the Great Repeal Bill to bring all EU law into UK law, to be sorted through later, has many elements of strategic thinking, writes Tobias Lock. He suggests, however, that a wholesale legal relocation would clearly touch on competences devolved to Scotland, and the politics around legislative consent could further complicate the UK’s constitutional arrangements. 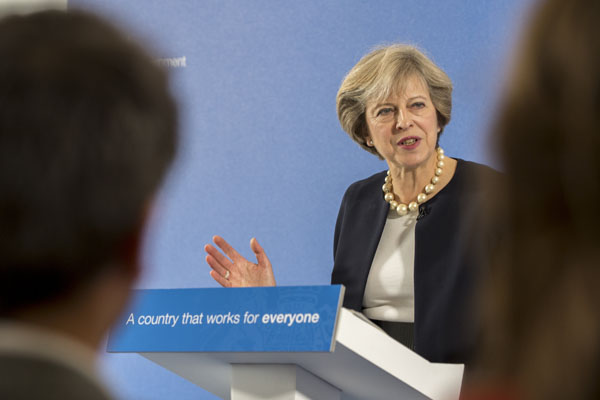 Theresa May’s announcement of a Great Repeal Bill at the Conservative party conference last Sunday has the hallmarks of a stroke of genius. It creates some momentum in the internal Brexit debate without substantively changing anything or compromising her negotiating position with the EU.

It appeases the die-heart Brexiteers in her party by seemingly following their Brexit blueprint released last week. It may kill off legal challenges pending in the courts of England and Northern Ireland demanding that Parliament be involved before Article 50 of the Treaty on European Union is triggered.

It may buy her valuable time before starting the formal withdrawal process, as the Great Repeal Bill is likely to get bogged down in parliamentary proceedings – let’s not forget that, absent a manifesto promise to the repeal the European Communities Act 1972, the House of Lords is not bound by the Salisbury Convention and is free to delay such a move.

Lastly, it evokes positive memories of the Great Reform Act of 1832, which considerably broadened and equalised the franchise (for men only, of course) and set Britain on its way to becoming a modern democracy. Those who want to ‘take back control’ will be pleased.

The proposal of a Great Repeal Bill is rather simple: a bill will be announced in the next Queen’s Speech that the European Communities Act 1972 (ECA) will be repealed. This repeal, however, will only take effect on the date that the UK has left the EU in accordance with the process foreseen in the EU treaties – the famous Article 50 TEU.

Intriguingly, the Great Repeal Bill will also provide for all EU law currently in force in the UK to be enshrined in UK law and therefore to remain in force. This is a very sensible step, as it is the only practical way of avoiding the huge gaps which a wholesale repeal of the ECA would leave.

At present, the validity of most EU law within the UK legal order depends upon it – directly applicable and directly effective rules such as Treaty rights and EU regulations are only applicable because Section 2(1) ECA so decrees. In addition, EU directives are usually transposed by way of secondary legislation – by so-called Orders in Council – under Section 2(2) ECA. Therefore, if the ECA were repealed without further ado, this would include repeal of these enabling provisions and would leave the secondary legislation concerned without a ‘hook’ in primary legislation – it too would cease to exist.

It will be a long and arduous task for the civil service and Parliament to sift through each and every piece of legislation and decide whether it is worth keeping or not. If this exercise were to be carried out before Brexit, most people who voted in the referendum would probably not live to see the day.

One option of enshrining current EU law into UK law would be to stipulate that ‘all EU law in force on the date of withdrawal from the EU remains in force’.  While this ‘grandfathering’ may not prove to be a practical solution where mutual obligations such as free movement provisions are concerned, it may well prove to be sensible with regard to many technical provisions on product rules, environment, labour and consumer law. So far, so clever.

The Great Reform Bill, however, raises interesting constitutional questions with regard to the devolved nations of the UK, and in particular Scotland. The devolution settlement is based on the premise that the Westminster Parliament remains sovereign – according to Dicey, ‘it can make or unmake any law whatever.’

Yet where it legislates on devolved matters, the so-called Sewel Convention says that the UK Parliament ‘will not normally legislate […] without the consent of the Scottish Parliament.’  Comparable conventions leading to what is called a ‘legislative consent motion’ also exist for the Welsh and Northern Ireland Assemblies.

The problem with the attempt at enshrining all EU law into UK law, as envisaged by the Great Repeal Bill, is that a significant proportion of that EU law relates to matters which are currently devolved. For instance, environment law, agriculture and fishing are all within Scotland’s purview – just to list a few.

Were the Great Repeal Bill to adopt a wholesale approach to all EU law currently in place in the UK, it would have to be considered to be legislating with regard to devolved matters.  Under Sewel, the consent of the Scottish Parliament would need to be sought and so would the consent of the two Assemblies.

Given the fact that 62 per cent of Scots voted to remain in the EU and that the Scottish government is opposed to ‘Scotland being taken out of the EU against its will’, this consent will not be readily forthcoming. So, has Theresa May scored an own goal by allowing the Scots to block her first big step towards Brexit? Or is this part of an even more cunning plan to delay having to trigger Article 50 for a very long time?

Having said that, the Sewel Convention is ‘only’ a convention, although it has recently been enshrined in the Scotland Act 2016. This does not detract from the fact that it is merely politically binding and not enforceable in the courts. Nor does it resolve the question of whether a repeal of the ECA is ‘normal’. Politically speaking these are side issues.

What counts is how Scottish and Westminster politicians react. If Westminster decides to ignore the need for a legislative consent motion, can Scottish nationalists portray it as yet another Westminster betrayal in their pitch for another independence referendum?  Or can Westminster reassure the Scots that the Great Repeal Bill is really something that will keep as much EU law as possible within the Scottish legal order and thereby take into account the wishes of the Scottish electorate? Let’s wait and see. We live in interesting times.