The scenario under which the UK leaves the EU will have significant consequences for UK higher education, writes Brad MacKay. He argues that, while it may be possible to compensate for student numbers, it would be particularly difficult to maintain staff mobility and funding opportunities under a hard Brexit, and that it is essential that universities work to maintain their existing competitiveness. 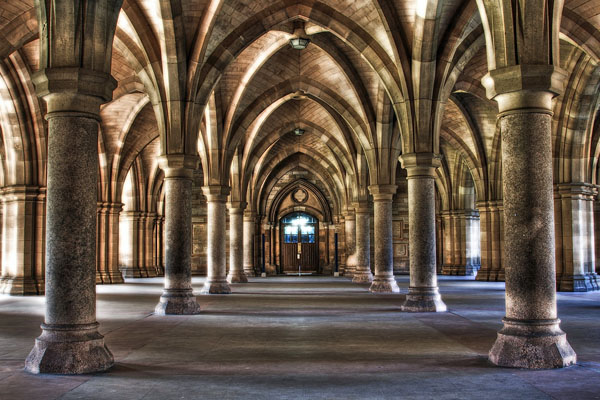 As with so many uncertainties raised by the UK’s vote on 23 June 2016 to leave the EU, the impact that it will have on the UK’s universities depends on the shape and outcomes of any negotiation between the remaining EU Member States and the UK.

Since we don’t know what position the UK or the EU will take once Article 50 of the Treaty on European Union is triggered, which is the mechanism for states to exit the EU – if it is triggered – it is difficult to assess the specifics of how universities will fare (although the recent fall of UK universities in the QS rankings has been partly linked to uncertainty over Brexit). So how might the university sector make sense of such uncertainties?

While one has to be careful of over-simplifying complex issues, a way to cut through the uncertainty is to think about how the core mission of universities might be impacted under different Brexit scenarios. The core mission for universities can be distilled into two predominant dimensions.

Assuming that Brexit will happen in some form, the two scenarios that best reflect the range of possibilities that might emerge in the negotiation between the UK and the EU are a ‘soft Brexit’ and ‘hard Brexit.’  A ‘soft Brexit’ scenario is a future where the UK remains a member of the Single Market, and contributes to the EU budget, but negotiates opt-outs of further political and regulatory integration, and gains some control over immigration into the UK.

In this scenario, Article 50 may not be triggered, and a deal is negotiated, perhaps through Article 48 TEU, which is the mechanism for ‘normal’ amendments to the EU treaties. In this scenario, economic growth and the UK’s attractiveness for foreign investment are maintained. So is the attractiveness of UK universities for students and faculty from the EU, and UK universities continue to participate as full members in EU programmes.

The second scenario reflects a ‘hard Brexit’, where Article 50 is triggered and the UK and the EU are unable to come to an agreement over immigration control versus free movement of people in exchange for continuing membership of the EU Single Market. The UK reverts to World Trade Organisation rules. The complex process of disentangling UK and EU legislation and regulation begins, as do negotiations on bilateral agreements with the EU and its members and beyond.

In this scenario, there is a period of adjustment and transition that dampens economic growth as institutions and sectors adapt and new sets of relationships and trading arrangements are established. Over time the UK thrives, but as a low-tax, low-public spend country, and the universities that do well are those that are globally-networked and able to attract considerable private investment for both research and teaching.

If we look at the first part of the core mission of universities, which is educating students, the numbers are striking. Some 125000 EU students are currently studying in the UK. Some estimates suggest they generate about £3.7 billion for the UK economy and an estimated 34000 jobs depend on them. They make up approximately 5.5 per cent of students studying in the UK, and also contribute culturally and socially to the university learning experience in incalculable ways.

In addition, some 200000 UK students have benefited from the EU exchange programme, Erasmus+, where students in EU countries can study abroad. While a soft Brexit would likely see these arrangements continue, a hard Brexit in the short term would almost certainly see the end of programmes like Erasmus+ for the UK.

Given that, outside of Scotland, domestic (and EU) students already pay tuition fees, even under a hard Brexit scenario, student numbers from EU countries would depend on visa requirements, whether they pay higher ‘international’ fees, and access to bursaries and loans. This in turn would depend on whether the UK and the EU were able to negotiate bilateral agreements that gave preferential treatment to students from the EU and UK. Even a drop in EU students in a hard Brexit scenario could see numbers made up domestically and internationally.

There are also about 43000 EU faculty in the UK (some estimates suggest about 15 per cent of university faculty), who both teach and research. Being able to recruit and retain high quality faculty, regardless of where they come from, is an important competitive advantage for UK universities. Under a ‘soft Brexit’ scenario, where ‘light-touch’ visa requirements, or no visa requirements at all are negotiated, and existing arrangements between UK and EU institutions are maintained.

As with access to EU research grants and facilities, the UK would remain an attractive destination for EU academics. However, if under a hard Brexit, visa requirements become stringent, immigration is indiscriminately restricted, the UK no longer has access to EU research funding, access to EU and UK shared facilities is diminished and the UK is generally less welcoming of ‘foreigners’, then the extensive institutional ties between the UK and the EU would degrade, and UK universities will almost certainly have difficulty in future recruiting and retaining of top academic talent from the EU. This would be a much more difficult vacuum for universities to fill either domestically or internationally.

While the UK pays around £10 billion into the EU budget, or about 11-12 per cent (give or take – there are a number of estimates), UK universities are estimated to be winning around 15 per cent of research grants from EU sources, and particularly Horizon 2020 funding. Clearly, this is an area where the UK receives far more than it puts into the EU. Under a soft Brexit scenario, where there is still high mobility of EU citizens between the UK and EU, and where the UK maintains funding arrangements and strong institutional ties, then Brexit may have a moderate impact on UK universities.

Under a hard Brexit scenario, however, student numbers coming internationally might prove to be resilient, but attracting top academic talent and maintaining comparable research funding for UK universities would become much costlier for the UK government at a time when government finances are being squeezed through the transition period and many more demands put on them.

Some have pointed to Switzerland as an example of where countries with a partial association with the EU still have access to EU research programmes. This option may, even under a ‘hard Brexit’ scenario, be possible for the UK, where it assumes an ‘industrialised Third Party’ status.

Some estimates suggest that it costs Switzerland almost twice as much as EU Member States to have such an arrangement, and it doesn’t have access to exchange programmes like Erasmus+. So even if this were to be a possibility for the UK, it would be a costly one, given the competitiveness and success UK universities have had vis-à-vis their European partners in winning competitive EU grants and attracting staff and students.

Clearly individual universities will be impacted differently depending on their own configurations. The percentage of EU students, number of staff from EU countries and the proportion of funding from EU sources will all differ depending on the university.

The different nations in the UK will also face different challenges. Scottish universities, for example, win proportionately more research grants than other parts of the UK, so the research funding crunch is likely to be amplified there as proportionately less domestic money is made available, and competition for it ratchets up.

Individually, it is therefore imperative that universities develop and enact their own contingency plans based on their specific circumstances. The earlier this happens, the more resilient they will be, if and when Brexit takes place. Collectively, universities need to act in concert to ensure that whatever deal emerges does not undermine the factors driving their competitiveness as a globally-networked and welcoming sector, and what is a tremendous UK success story.

Being quick off the mark, and playing a long game, are crucial for UK universities to maintain their world-leading status. Even under a ‘hard Brexit’ scenario, there are opportunities for UK universities to become even more global, but the importance of the flow of staff, students and resources between the EU and the UK, strong institutional ties and proximity cannot be emphasised enough.

This article is co-published with the Centre on Constitutional Change.

Prof Brad MacKay FRSA is Professor of Strategy at the University of St Andrews. His research interests include strategy development, execution and implementation, contingency planning and the political economy of strategy-making.