In ruling that parliamentary consent is indeed required before the UK’s EU withdrawal notification, the Supreme Court largely met expectations, writes Tobias Lock. He argues, however, that the Court’s determination that the practice of consulting the devolved legislatures is convention only and not law will have a political impact as the Brexit process develops. 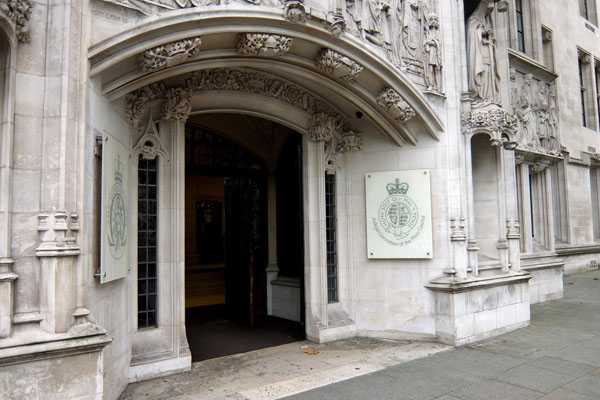 The UK Supreme Court’s decision in the Miller appeal was probably greeted with a sigh of relief in 10 Downing Street. Sure, the government will now need to seek parliamentary approval for triggering Article 50 TEU and starting the formal process of withdrawing from the EU, but the much greater political danger of having to also seek the consent of the devolved parliaments of Scotland, Northern Ireland and Wales has not materialised.

The key question in the Miller case was whether the government can rely on the Royal Prerogative – executive power historically vested in the Monarch – in order to initiate the process of withdrawal from the EU, or whether it can do this only after obtaining authorisation by an Act of Parliament. A majority of eight justices considered that, generally speaking, the prerogative incorporated the conduct of the UK’s foreign affairs, and therefore the power to conclude and terminate treaties.

This results from the fact that the UK is a dualist country: treaties normally only become operational in domestic law where an Act of Parliament says so. Such an Act – and not the international treaty itself – becomes the source of the (international) law transposed. It follows that withdrawal from a treaty leaves unaffected the domestic situation, so this can be done on the basis of the Royal Prerogative.

By contrast, as the majority in Miller argues, this is not the case as far as EU law is concerned. While the justices recognise at Paragraph 61 that this could be said ‘in one sense’, it would be ‘more realistic’ to say that EU law is not derived from the European Communities Act 1972, but from the EU institutions themselves. Instead of being the source of EU rights, the 1972 Act is a mere conduit for those rights, which form an independent source of domestic law in the UK.

This is an important statement in that it recognises – very much echoing the ECJ’s van Gend en Loos judgement – that EU law is a new legal order and therefore not comparable to ‘normal’ treaty law. The Supreme Court summarises the consequences of EU withdrawal neatly in Paragraph 80 of the judgement:

[T]he 1972 Act effectively constitutes EU law as an entirely new, independent and overriding source of domestic law, and the Court of Justice as a source of binding judicial decisions about its meaning. This proposition is indeed inherent in the Secretary of State’s metaphor of the 1972 Act as a conduit pipe by which EU law is brought into the domestic UK law. Upon the United Kingdom’s withdrawal from the European Union, EU law will cease to be a source of domestic law for the future […], decisions of the Court of Justice will […] be of no more than persuasive authority, and there will be no further references to that court from UK courts. Even those legal rules derived from EU law and transposed into UK law by domestic legislation will have a different status. They will no longer be paramount, but will be open to domestic repeal or amendment in ways that may be inconsistent with EU law.

This reasoning is convincing in that the Supreme Court recognises that the effects of EU law are unlike those of other sources of law – domestic or international. To allow the government to effect these kinds of changes to the law without parliamentary authorisation would therefore have had profound and immediate consequences for individual rights, which is exactly something the Royal Prerogative does not (and should not) entitle the executive to do.

More traditionally-minded public lawyers will find some consolation in the judgement, however. Apart from the (dissenting) Lord Reed’s firm defence of the government’s prerogative powers in Para 177, the judgement makes short shrift of the arguments concerning the devolution settlement, and in particular the Sewel Convention.

While the UK Parliament retains the power to legislate on matters that have been devolved to the legislatures of Scotland, Wales and Northern Ireland, the convention says that it ‘will not normally legislate with regard to devolved matters without the consent’ of the devolved legislature concerned. For Scotland, this has recently been incorporated into s 28(8) of the Scotland Act 1998.

The Supreme Court reiterated the traditional position that conventions embody political restrictions on the activities of Parliament, but that they are not law and cannot therefore be adjudicated on. It then went on to say that the Sewel Convention’s enactment in the Scotland Act does not make a difference in this regard: s 28(8) merely entrenches the convention as a (political) convention and does not make it law.

While this conclusion is supported by the legislative history of the Scotland Act, the consequence of this reasoning is that there would now appear to be two types of legislative provisions in UK primary law: those that can be adjudicated (ie law proper) and those that cannot (ie they are not really law). Readers may want to make up their own minds as to whether this is good news for the principle of legal certainty.

Four Implications of the Judgement

First, the immediate consequence of the Supreme Court’s decision is that the government will need an Act of Parliament – and nothing less will do – to empower it to trigger Article 50. There does not seem to be the political will amongst MPs and peers to stop Brexit, even though a majority of them backed ‘Remain’. The main danger for the government will therefore come from amendments, which MPs and peers might try to include in order to force the government to either subject the Brexit process to greater parliamentary scrutiny or to follow a certain course in the negotiations (eg to make every effort for the UK to remain in the Single Market – something Theresa May has said she does not want).

In order to make amendments difficult, the government might put a one-clause Bill before Parliament, the appropriateness of which the Supreme Court was very clear about: ‘There is no equivalence between the constitutional importance of a statute, or any other document, and its length or complexity’.

Second, the consequences of the Supreme Court’s decision for future withdrawals from other treaties appear to be very limited. It is clearly tailored to the specific context of withdrawal from the EU and its supranational legal order. Therefore, a possible withdrawal from the ECHR – announced by Theresa May as a Conservative manifesto commitment for the 2020 General Election – would probably be possible without parliamentary approval.

The same argument can be made with regard to Article 127 European Economic Area (EEA) case, which I have written on before. Given that the EEA Agreement lacks the supranational features of the EU, the government can serve notice of withdrawal from that agreement without prior parliamentary authorisation. If the applicants in that case can get around this point somehow, however, the decision in Miller offers them a glimmer of hope on the question whether withdrawal from the EU implies withdrawal from the EEA.

At Para 115 the Supreme Court sat on the fence as regards the comparable question of whether rights contained in the European Parliament Elections Act 2002 were merely contingent on continued EU membership, so that the loss of these rights would not in and of itself require parliamentary authorisation.

Third, the judgement does not say much about whether the final Brexit ‘deal’ (ie the treaty on withdrawal, possible treaties on transitional measures and a final trade deal), will need parliamentary approval. However, the Supreme Court pointed to the Ponsonby rule, now contained in s 20 of the Constitutional Reform and Governance Act 2010, which requires that treaties signed by the executive ‘are laid before Parliament’ before they can be fully ratified.

Fourth, the judgement has implications for the future role of the Sewel Convention in the context of Brexit. On the one hand, it is now clear that it is not justiciable, even in its s 28(8) incarnation. However, on the other hand, the Supreme Court has not said expressly that the Sewel Convention would not apply here. Moreover, the Supreme Court has not closed the door to a broad understanding of the Convention (ie that it applies not only where Parliament legislates on matters for which the devolved legislatures are (also) competent, but that it applies equally where the powers of the devolved legislatures are altered).

Therefore, there is still a good argument to be made that the proposed Great Repeal Bill, which will aim to enact the EU acquis as domestic law, will trigger the Sewel Convention. This is because it will enact parts of the EU acquis that have been devolved (eg on agriculture or the environment) and it might necessitate changes to the limits of the powers of the devolved legislatures, which are currently unable to legislate contrary to EU law.

On the Sewel point, the judgement is not necessarily bad news politically for the Scottish nationalists. With the Court holding that the Sewel Convention is not justiciable, the SNP can in future be liberal in claiming that the Scottish Parliament’s consent is needed for Westminster legislation, without any authority being able to challenge them. Indeed, any instance on which they are not consulted will be further evidence for their case that devolution within the UK is simply not enough. Scottish First Minister Nicola Sturgeon’s reaction to the judgement gives us a preview of things to come.