The Faroe Islands set an important precedent for a part of a unitary state to establish differentiated relations with the EU, writes Jacques Hartmann. He argues that the Faroes potentially yield important lessons for Scotland on how to retain at least some benefits of EU membership, even after a hard Brexit. 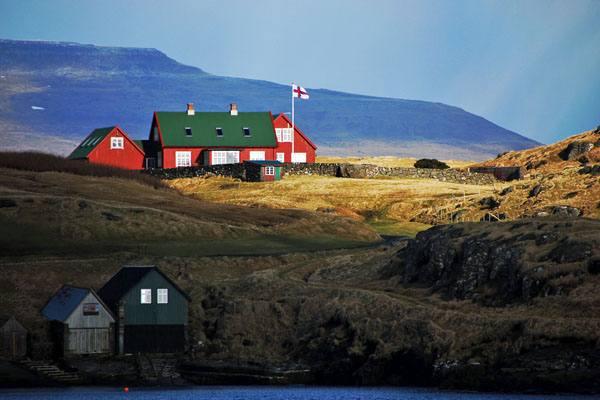 The UK’s letter triggering Article 50 states that it is the expectation that the outcome of Brexit ‘will be a significant increase in the decision-making power of each devolved administration.’ The Scottish Government has made clear that it wants to retain key benefits of EU membership, even if the rest of the UK leaves the EU and the Single Market. The question is how to do so. Many have looked at the experiences of Greenland and the Faroes Islands, two sub-national entities which have established relationships with the EU, even though they are not part of it. For Scotland, the Faroe Islands’ relationship with the EU could prove a particularly important precedent.

The Kingdom of Denmark consists of Denmark, Greenland and the Faroe Islands, which, unlike Greenland, were never formally a Danish colony. The end of the ninetieth century saw the emergence of a Faroese nationalist movement. In 1946, the islanders voted narrowly in favour of independence, but the Danish Government refused to accept the result and dissolved the Faroese Parliament.

In the subsequent parliamentary election, the unionists prevailed, but the botched referendum prompted further negotiations on devolution, which resulted in the Home Rule Act of 1948. The act granted the Faroes the status of a ‘self-governing community within the Kingdom of Denmark’ and a catalogue of competences, following a conferred powers model.

The Faroes’ devolved powers were subsequently dramatically expanded in 2005. Following a reserved power model, the Takeover Act of 2005 has enabled the Faroes to exercise competence in all areas, save for those explicitly excluded, such as citizenship; monetary and currency matters; foreign policy; defence; and security.

As a result, the Faroese authorities can unilaterally decide what powers are devolved and when. Presently the Faroes enjoy full authority in a large number of areas, including trade; fisheries; and natural resources. The Faroese Government has decided that, for the foreseeable future, it will not exercise powers on matters such on the administration of justice; policing; prison and probation services; and financial regulation, which therefore continue to be regulated by Danish law.

Most notably, they negotiated a number of international fisheries agreements with only nominal involvement of the Danish authorities. The Faroes also entered into trade agreements with Estonia, Poland, and Russia, some of which were later repealed with the EU’s enlargement.

The Faroes’ power to negotiate and conclude agreements with foreign states and international organisations on all devolved issues was formally recognised with the 2005 Authorisation Act. The Faroes have since used their external governance powers to negotiate several international agreements, including a treaty, the Hoyvík Agreement, establishing a single economic area between the Faroes and Iceland. The Faroes are presently looking to negotiate free trade agreements with several countries, including Brazil and China.

The Faroes’ Relations with the EU

Denmark joined the EU (then EEC) in 1973. While Greenland left in 1985, the Faroes never joined the EU. Yet, the islands have established extensive and increasingly close relations with it.

The Faroes’ relationship with the EU is covered by two core agreements: EC Regulation 2211/80, which deals with fisheries, and EC Decision 97/126/EC, which deals with trade. By virtue of these arrangements and successive amendments, all Faroese industrial products, most fishery products and selected agricultural products, enjoy duty-free access to the Single Market. In exchange, the Faroes allow duty-free access to all EU products, including industrial, fishery and agricultural products, with the exemption of dairy products and sheep meat.

Access to the EU Single Market is of paramount importance – the EU accounts for 42 per cent of Faroese exports – and the Faroes are attempting to establish even closer relations with the EU, among others, by seeking membership of the European Free Trade Association, which the Faroes left with the Kingdom of Denmark when the latter joined the EU in 1973. The Danish Government has been supportive of these efforts.

The case of the Faroes therefore shows that, in principle, neither international nor EU law prevents Scotland from following a similar path post-Brexit. The Faroes also plausibly set a positive precedent concerning the EU’s political will to enter into similar arrangements with sub-national governments.

However, there are important obstacles in Scotland’s way. Firstly, Scotland would have to negotiate new and expanded devolved powers with Westminster. Even though the Scottish Government has already made it clear that it intends to seek powers to ‘conclude international agreements in areas of Scottish Parliament responsibility’, it remains to be seen whether or not the UK Government will be willing to play along.

Secondly, with Brexit, Scotland will no longer be part of a union which is an EU Member State. The fact that Denmark is a member is likely to have had a positive influence on the EU’s relations with the Faroes. This distinguishing feature renders the parallel between the Faroes and Scotland incomplete. Yet, as the Faroes’ experience seems to suggest: where there is a will, there is a way.

The article draws from a paper available on the Social Science Research Network.

Dr Jacques Hartmann is Senior Lecturer in Law and Director of the LLM in International Law and Security at the University of Dundee. A former Danish diplomat, his research interests focus on public international law, particularly relating to security, transnational crime and human rights.