The recent EU court rulings on wearing headscarves in the workplace demonstrate the conflict between enabling EU economic freedoms on the other hand and protecting the rights of workers on the other, writes Rebecca Zahn. She argues that, while the judgements are nuanced in their determination of acceptable work requirements, the weight given to the economic rights of employers has the potential to adversely impact the social protections connected with the Single Market. 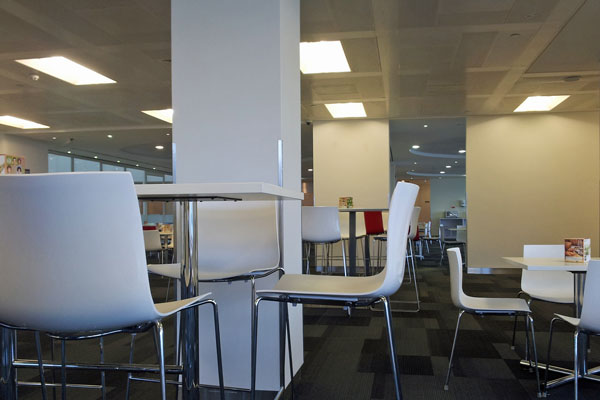 The Court of Justice of the European Union’s (CJEU) so-called ‘headscarf rulings’ handed down on 14 March 2017 (Case C-157/15 Achbita and Case C-188/15 Bougnaoui) have caused controversy across the Member States. Politicians on the right have welcomed the decisions as providing ‘immense relief’ for workers and companies and contributing to ‘cohesion and social peace’.

Other commentators have expressed disappointment and concern about the potential impact of the rulings on workers who choose to express their religion through clothing. A closer look at the judgements leads to the conclusion that they do not provide employers with a blank cheque to prohibit religious clothing (and headscarves in particular), although they do raise doubts over the future direction of ‘social Europe’.

The facts of Achbita and Bougnaoui are, in many respects, similar: both cases concerned women who were dismissed by their employers for wearing a headscarf in violation of workplace policies prohibiting the wearing of religious symbols at work. However, in important respects, the cases also differed.

In Achbita, Ms Achbita (who worked in a customer-facing role) only started wearing a headscarf after working for her employer for three years and the workplace ban on wearing any signs of religious, political or philosophical beliefs was not put in writing until after Ms Achbita decided to wear a headscarf. The referring Belgian court asked the CJEU whether the employer’s blanket ban constituted direct discrimination under Article 2(2)(a) of Directive 2000/78 which establishes a general framework for equal treatment in employment.

Ms Bougnaoui was dismissed following complaints by customers that her wearing a headscarf had caused upset. The referring French court asked the CJEU whether the employer’s justification of its clothing policy amounted to an ‘occupational requirement’ (which implies that the referring court assumed that the policy was directly discriminatory) within the meaning of Article 4(1) of Directive 2000/78.

The judgements were handed down within the context of a political environment where questions over religious dress have become increasingly toxic. It is therefore perhaps not surprising that the CJEU, in its first foray into this particular area of equality law, adopted cautious language.

Both judgements are very short and largely mirror each other. Neither decision engages in any detail with the particular facts at hand. Nonetheless, the judgements raise a number of important questions concerning the extent to which employers may adopt neutral dress codes. On a broader level, the judgements do not inspire confidence for the future direction of ‘social Europe’.

In Achbita, the CJEU found that the employer’s blanket ban did not amount to direct discrimination as it ‘covers any manifestation of [political, philosophical or religious] beliefs without distinction.’ This led the CJEU to conclude that the ban ‘must […] be regarded as treating all workers of the undertaking in the same way, by requiring them, in a general and undifferentiated way, inter alia, to dress neutrally, which precludes the wearing of such signs.’

The CJEU then went on to suggest that the referring court may consider the ban to constitute indirect discrimination and, on that basis, the CJEU decided to provide guidance as to how the national court should approach the issue. An in-depth analysis of the CJEU’s guidance is provided elsewhere. Overall, the CJEU suggested, citing the European Court of Human Rights’ (ECtHR) decision in Eweida, that an employer may have legitimate reasons for projecting an image of neutrality.

However, the CJEU strikes a different balance to that in Eweida where the ECtHR found, in favour of Ms Eweida, that the UK courts had accorded the factor of the company’s image too much weight. In Achbita, the CJEU relies instead on the freedom to conduct a business enshrined in Article 16 of the Charter of Fundamental Rights of the EU (CFR) to suggest that the ban could be appropriate. Ultimately, it was left up to the national court to make a decision based on the facts.

The use of Article 16 CFR to trump workers’ rights is not new (see Case C-426/11 Alemo-Herron) and its application in these circumstances again displays the CJEU’s willingness to limit the room for manoeuvre for Member States to safeguard workers’ rights when implementing an EU directive. If a balance has to be struck between workers’ rights and economic freedoms, the CJEU seems intent on favouring the latter over the former. In the long run, such an approach threatens the social compromise for European integration.

The Bouganoui judgement takes a similar approach to Achbita. Indeed, the opening paragraphs exploring the definition of ‘religion’ for the purposes of Directive 2000/78 are identical in both cases (see further discussion). In Bouganoui, the CJEU, by referencing the decision in Achbita for guidance on legitimacy, finds that a generally applicable ban on all visible symbols of religious, philosophical or political belief would be indirectly discriminatory.

The question of whether the ban was justified on the grounds of ‘occupational requirements’ was only relevant if the referring court found that the employer’s decision to dismiss was not based on a general ban but was specific to the headscarf. In those circumstances, the CJEU made it clear that characteristics related to religion could only constitute genuine occupational requirements in very limited circumstances which were not fulfilled in the present case.

Customer preference could not therefore be used to justify direct discrimination. It is to be welcomed that the CJEU maintained a narrow interpretation of the justification of ‘occupational requirement’. To do otherwise would have given customers a disproportionate level of influence in employer decisions (to the potential detriment of workers).

The rulings in Achbita and Bouganoui do not permit employers to directly discriminate. It may thus be difficult for an employer to adopt a headscarf ban while still allowing Christmas jumpers (to the extent that Christmas is viewed as a religious festival and Christmas jumpers are therefore a visible sign of a religious belief).

In this context, it must also be questioned what this means for other symbols such as Christmas cards or Easter eggs. How far does the connection with religion go when it comes to the visible portrayal of secular festivals which have a religious undertone? The bans in Achbita and Bouganoui were only legitimate because they were all-encompassing and included all visible displays of belief (regardless of whether these were of a religious, political or philosophical nature).

In addition, the CJEU’s focus in Achbita on the customer-facing role of Ms Achbita also raises the question of whether (and how) dress code restrictions may be permissible in a pure office setting. Overall, the CJEU leaves some discretion to Member States as to how best to regulate workplace dress codes, although the room for manoeuvre (and for protection of individual workers) is limited by the CJEU’s conscious reliance on Article 16 CFR.

Dr Rebecca Zahn is Senior Lecturer in Law at the University of Strathclyde. She researches in the field of labour law (national, European and comparative), with a particular focus on collective labour law, and is the author of New Labour Laws in Old Member States (CUP, 2017). She serves as elected Secretary of UACES and is on the board of the Scottish Universities Legal Network on Europe.