Since joining the EU in 2007, Bulgaria and Romania have remained under unprecedented post-accession monitoring, and have achieved mixed results in addressing corruption, organised crime and judicial reform, writes Eli Gateva. She argues that both countries demonstrate the limits of the EU’s influence after accession, and that, while the EU has a role, local responsibility remains central to creating real change. 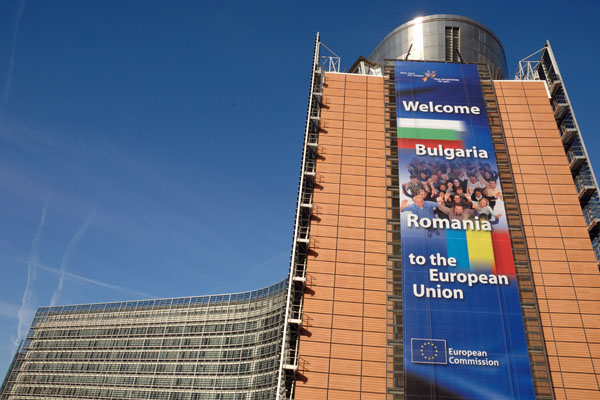 On 1 January 2017, there were no big celebrations to mark the 10th anniversary of the accession of Bulgaria and Romania to the European Union. Membership has provided both Balkan countries with more opportunities, EU funds and a place at the table where the future of Europe is decided. Nevertheless, their economic indicators remain below the EU average and the first decade of their EU membership has been in the shadow of the Cooperation and Verification Mechanism (CVM).

The CVM was set up at the accession of Bulgaria and Romania to support and evaluate their progress in addressing a number of outstanding issues in the areas of judicial reform, the fight against corruption and organised crime. Few would have imagined in 2007 that the mechanism would reach its tenth anniversary. On 25 January, the European Commission issued the latest set of reports which assessed the progress over the past decade, analysed key challenges and outlined a number of key recommendations. The reports confirmed that the gap between Bucharest and Sofia is widening.

The Commission’s evaluation of the developments in Romania noted that ‘there remained areas where further reform was proving difficult – and was sometimes resisted’. However, the report stressed that since 2014 ‘the consistency of the progress has started to point to sustainability’ and praised ‘the commitment shown by many judges and prosecutors, the implementation work of Ministers of Justice and the good cooperation between the Romanian authorities and the Commission’. It also acknowledged the crucial contribution of civil society to encouraging and supporting reforms.

Only days after the publication of the reports, the Romanian government adopted an emergency ordinance aimed at decriminalising major corruption offences. The unexpected move sparked the largest protests in the country since 1989. Although the government bowed to public pressure and repealed the controversial ordinance, many citizens remained concerned about the government’s plans to redraft the legislation and rallies continued.

The Parliament approved a proposal by President Klaus Iohannis to hold a referendum on anti-corruption reforms. European Commission President Jean-Claude Juncker and First Vice-President Frans Timmermans have urged that ‘the fight against corruption needs to be advanced, not undone’.

The EU Council also called on Romania to sustain ‘the impressive track records of the National Anti-Corruption Directorate (DNA) and the High Court of Cassation and Justice (HCCJ)’ and warned that ‘legal amendments resulting in the weakening or shrinking of the scope of corruption as an offence and which could jeopardise the fight against corruption should be avoided, as well as any measures which could challenge the independence or effectiveness of the DNA’.

South of the border, Bulgaria has been slow to implement reforms. In 2014, Deputy Prime Minister Meglena Kuneva admitted that Sofia was lagging behind Bucharest. Despite renewed efforts, Bulgaria is yet to replicate ‘the Romanian model’. The latest CVM report noted that ‘over the past ten years, overall progress has not been as fast as hoped as for and a number of significant challenges remain to be addressed’.

Although the Commission acknowledged that ‘a framework has gradually been put in place, including two important national strategies on judicial reform and the fight against corruption’ it stressed that ‘carrying this through into progress in tackling high-level corruption and organised crime has continued to be a challenge’.

The Council urged ‘a decisive acceleration of necessary efforts to fully address all the Commission’s recommendations’ ahead of the next CVM reports due to be published before the end of 2017. However, it is unlikely that the new government in Sofia will be able to make substantial progress in less than nine months.

The centre-right GERB managed to win the Bulgarian parliamentary elections last week, but building a coalition government will be a difficult balancing act. None of the five parties to be represented in parliament has identified judicial reform or fight against corruption as key priorities. ‘Yes, Bulgaria’ – a new political party launched by the former justice minister Hristo Ivanov on an anti-corruption platform in January – did not overcome the 4 per cent electoral threshold.

After ten years under the unprecedented monitoring mechanism, the diverging trajectories of Bucharest and Sofia illustrate the limits of EU’s impact after accession. Although the Union can play an important role, local ownership is indispensable. Efficient institutions matter, but strong civil society is crucial for sustainable change.

Questions about the pace of reforms and the conclusion of the CVM will continue to be asked as Bulgaria and Romania prepare to hold the rotating presidency of the Council of the EU in 2018 and 2019, respectively. Sofia and Bucharest will be under pressure not only to advance and complete domestic reforms, but will also face the Herculean task of leading the Council in turbulent times. If they can rise to the challenge, the presidency will provide each of them with an opportunity to escape the shadow of the CVM and shape the future of the Union.

Dr Eli Gateva is Lecturer in Politics at the University of York. Her research interests include EU conditionality, EU enlargement policy, Europeanisation and EU democratic governance. She is Visiting Fellow at LSEE Research on South Eastern Europe in the LSE European Institute, and her recent book is European Union Enlargement Conditionality (Palgrave Macmillan, 2015).