The recent announcement that the Czech Republic will adopt a shorted name, ‘Czechia’, is the product of decisions made by political elites without public input, writes Jan Čulík. He suggests that the debate which has followed, both within the country and internationally, is a testament to the uncertainty many people feel about their political identities today. 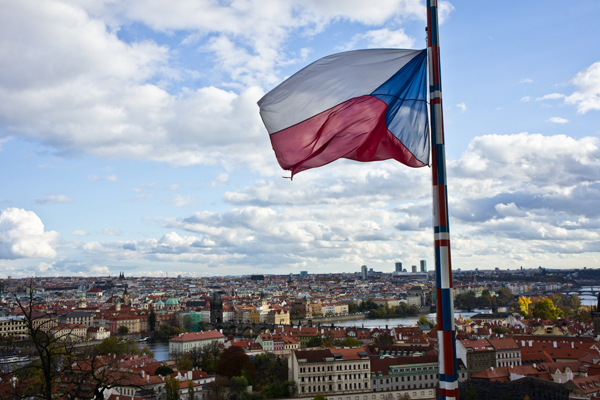 On the recommendation of Czech President Miloš Zeman, Czech Foreign Minister Lubomír Zaorálek has announced that the Czech Republic will adopt a short version of its name – Czechia – and will have it officially registered with the United Nations.

When the former Czechoslovakia peacefully divided in 1993 into Slovakia and the Czech Republic by the decision of its politicians – there was no referendum on the issue – the problem arose of what should be the short name of the Western part of the newly divided country. The expression ‘Czechia’ was mentioned in some official documents, but it was not taken up by politicians or the media at the time.

The name ‘Czechia’ has now been officially adopted primarily because President Zeman ‘likes it’. The role of the Czech president is largely ceremonial, but because of a recent change in the law, the president is now directly elected.

As a result, the current president feels that he has a democratic mandate and he has made various pronouncements and suggestions – usually highly controversial. It would appear that the Czech Foreign Ministry has adopted his proposal to start using the short name of ‘Czechia’ for the Czech Republic – with some relief, because it appeared to be one of his less controversial proposals.

Unfortunately, ministry officials were wrong. The announcement that the Czech Republic ‘is changing its name’ has provoked quite a media storm, both within the country and internationally. While many Czechs admit that the country needs a short name, others were shocked by the suggestion to start using the name ‘Czechia’. Many Czechs have critically pointed out that no one has actually asked the people what they think – this seems to be a typical administrative decision, dictated from above.

There is a question whether the new short name of the Czech Republic will lead to even more confusion. Some English speakers, even a BBC producer, have pronounced the new short name ‘Chechia’, which does sound very close to ‘Chechnya’. Commentators have also pointed out that, in Italian, ceccia means ‘a blind girl’ and, in Bulgarian, ‘Czeckia’ is very close to a rather vulgar expression.

Those Czechs who are afraid of the growing influence of Russia in the Czech Republic complain that ‘Czechia’ sounds too Russian. Others are unhappy with the fact that it carries strong commercial connotations (‘Czechia’ like ‘Nokia’?)  The Czech Republic has celebrity ice hockey players and footballers, and one of the reasons for adopting the short name was apparently that the long name ‘Czech Republic’ does not seem to fit on sports uniforms.

It also seems that, within the Czech government, the right hand does not quite know what the left hand is doing. Karla Šlechtová, the Czech Minister for Regional Development, has complained, that since 2012, her ministry has spent some US$42 million on an international tourism marketing campaign, which has been promoting the trademark ‘The Czech Republic – Land of Stories’.

Some of this money has come from the European Union and if the trademark ‘The Czech Republic’ were now discarded, the sustainability condition of the EU project funding would be breached and the Czech Republic would probably have to pay the money back. As a result of Šlechtová’s complaints, the Czech government has now decreed that the longer name will not in fact be dropped, but the short name ‘Czechia’ will be adopted simply as its possible alternative.

Another issue is that of local separatism. The Czech Republic consists of the Czech Lands in the West and of Moravia in the East. The Moravians have long complained that they are ignored in the name of the country and the controversy about the new short name of the Czech Republic seems to have brought their complaints yet again to public attention.

The interest that the proposal to adopt a new short name for the Czech Republic has generated internationally seems quite surprising. It is obvious that the names of countries are deeply bound with people’s personal identities. Within the Czech Republic, the controversy has pointed to the fact that the Czechs – just as the citizens of many other countries these days – are not necessarily clear about their own national identity.

However, it is perhaps more interesting that the issue has provoked passionate debate outside of the Czech Republic. Perhaps predictably, there have been many jokes, such as suggestions that the former Yugoslavia should be renamed ‘Yogurt’ or that Ireland should be renamed ‘Irechia’ in solidarity with the Czechs. On the whole, it would appear that the hapless proposal mooted by the Czech Foreign Ministry has stimulated an international debate on how uncertain we might all be these days about our identity.

Dr Jan Čulík is Senior Lecturer in Czech at the University of Glasgow and Founder of the Czech-language online daily Britské listy. His research interests include Czech literature and cinema and contemporary Czech media, society and politics.