While many elements of the European Commission have been the object of study, commissioners themselves and their cabinets have been less so, writes Renke Deckarm. He argues that, contrary to common belief, governments have limited influence over their commissioners’ cabinets or their approach in the Commission once appointed. 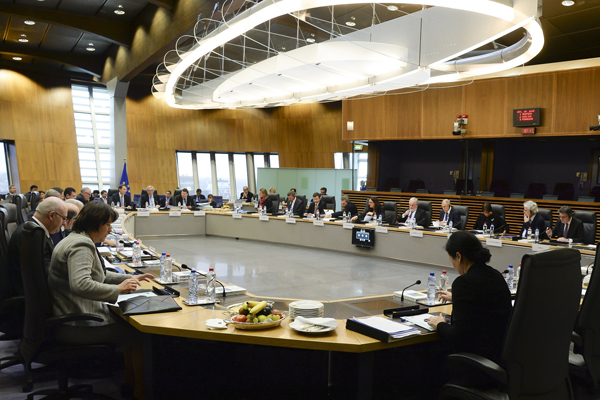 Once every five years, European governments occupy themselves with selecting ‘their’ European Commissioner and lobbying the Commission President for an important portfolio. In 2014, for instance, British Prime Minister David Cameron happily announced that Lord Hill would be responsible for financial markets, while French President François Hollande emphasised ‘his’ commissioner’s fit for the Economic and Financial Affairs portfolio.

While the bazaar-like bargaining receives a sizeable amount of attention, little is known about the consequences afterwards. European Commissioners are not government representatives, so why do governments bother spending time to select particular individuals for the role? What do commissioners actually do, with whom do they work and how do they behave in conflicts between the European interest and that of the country they know best (which is how commissioners refer to their country of origin)?

The Commission has recently received considerable academic attention. While we know much about civil servants, their orientation and beliefs, there is a surprising lack of knowledge of the Commission’s top politicians. Of course, this is due to methodological challenges: there are no records of Commission votes and the Commission’s outputs can hardly be attributed to a single politician.

I have tackled this challenge and addressed the question of commissioners’ orientations by analysing the composition of their private offices, their cabinets. The idea is that commissioners select the members of their cabinets according to their intended behaviour – a commissioner interested in serving the national interest needs compatriots with connections to the government and the commissioner’s party, while a Commissioner serving the European interest might opt for experienced Commission civil servants.

This resulted in a lot more work than I had imagined: I ended up with a dataset containing information on 1343 members of 149 commissioners’ cabinets between 1995 and the present. Data were collected from Commission and other websites (such as LinkedIn or conference websites), but also via two surveys among Commission staff. A recently published paper in the Journal of European Public Policy makes use of this data.

So who are these members of cabinets? Generally, members of cabinet are highly qualified and from diverse backgrounds. Member States try to ensure their influence by having their nationals represented in as many cabinets as possible. Indeed, the balance of nationalities in cabinets reflects current power relations in the EU as a whole.

Figure 1 shows the personnel share of the EU’s six biggest Member States in all commissioners’ cabinets (note that the numbers refer to an entire Commission term). While the EU’s traditional heavyweights are in decline, Poland has successively built up its representation in cabinets. The current German dominance is reflected in cabinets (also by the fact that both Juncker’s and Barroso’s heads of cabinets were German). The British decline is especially noteworthy. 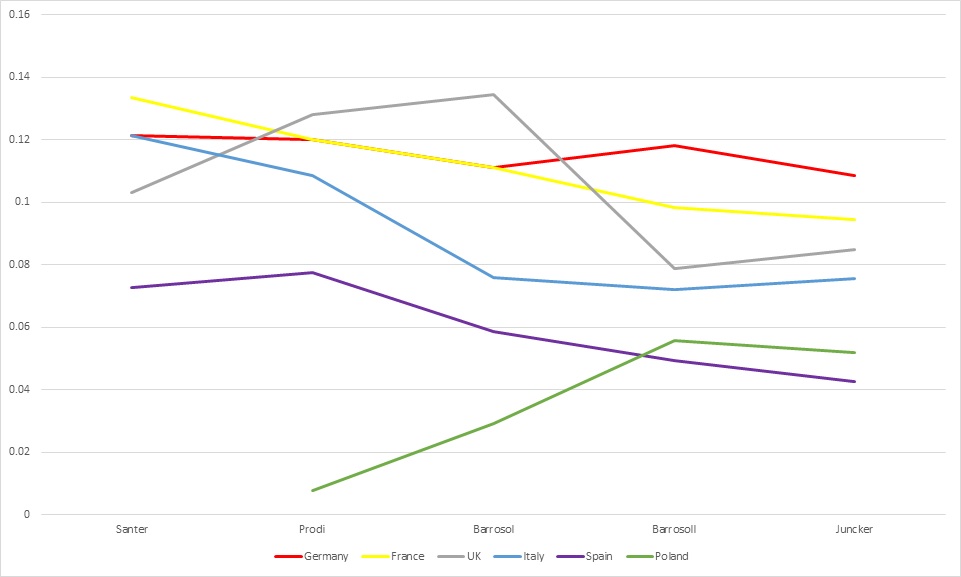 The educational background of cabinet members is diverse. Over the past twenty years, nearly 40 per cent were lawyers, and roughly one quarter were economists and another quarter social scientists. Also, they bring work experience from different backgrounds, many having worked in national administrations before joining a cabinet.

It is increasingly common to employ experienced Commission officials. The average Commission experience in cabinets rose from barely five years in 1995 to nine years in 2015. More generally, cabinet members have become more experienced. While in 1995, they were 38 years old on average – this rose to 43 in 2014. The decades-old stereotype of cabinets with inexperienced, young entrants who have no real idea what the Commission actually does no longer holds. There is no gender balance yet. But the share of female members is continuously increasing (from 30 to 45 per cent over the past twenty years).

The most fundamental argument against cabinets has been that they defend the national interest – and this criticism likely did not come out of nowhere. In 1995, three quarters of cabinet members had the same nationality as their commissioners, as Figure 2 demonstrates. This share is now constant at around 40 per cent.

These changes – the declining share of compatriots and the increase in Commission experience – were the result of reforms by President Romano Prodi in 1999. He aimed to turn cabinets into offices supporting commissioners in their daily work for the EU. 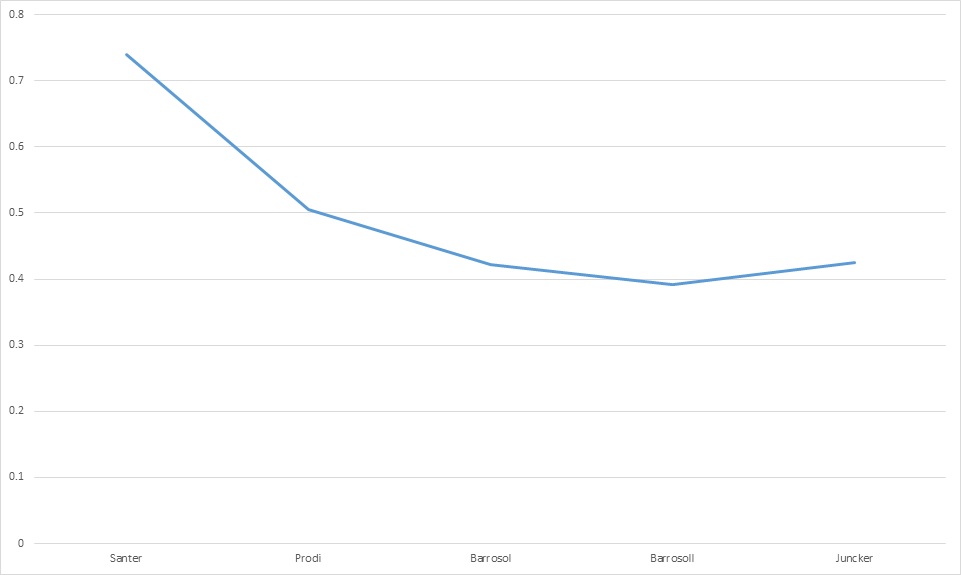 Nevertheless, there are very significant differences in the composition of commissioners’ cabinets. These differences, I argue, allow us to draw conclusions on commissioner intentions. Based on the data, I have tried to understand which commissioners intend to work in the European interest and those who do not. Commissioners from big countries are more likely to serve their national interest, as well as those working under a weak president or whose portfolio which is not considered very important.

The most interesting finding of this research again relates to Member States’ selection efforts – they seem to be in vain. I have not found any evidence that the relationship between a commissioner and the home government has an influence on the composition of his/her cabinet, and consequently on intended behaviour in the Commission. Whether the commissioner is a former Foreign Minister and member of a governing party or an academic not attached to the government, it does not seem to matter.

This article draws from the author’s recent publication in the Journal of European Public Policy: The Countries They Know Best: How National Principals Influence European Commissioners and Their Cabinets.

Renke Deckarm is PhD Candidate in Politics at the University of Oldenburg. His research interests include the organisational design of European institutions, EU politics more generally and quantitative research methods.