Although European states such as Norway or Switzerland have different kinds of relationships with the EU, they are all becoming increasingly integrated into it, without any formal say, write Erik Oddvar Eriksen and John Erik Fossum. They argue that these states have given up national sovereignty without any compensation at EU level, and that the UK’s debate should be mindful of the hegemonic nature of relations between the EU and its closely associated non-members. 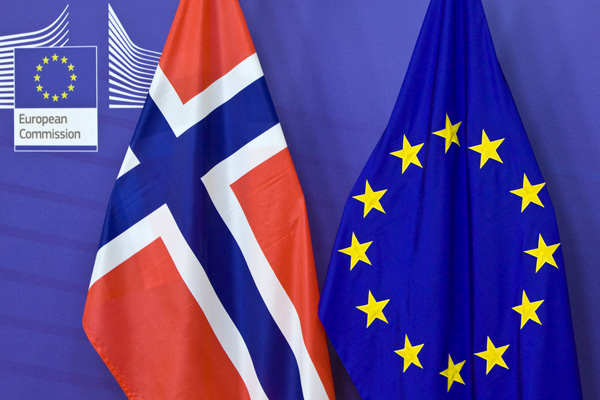 The UK’s decision to hold an in-out referendum on EU membership is a momentous one. It is a major fork in the road that could reshape the map of Europe. The ambiguity of Britain’s relationship with the EU is not new. Even when the UK was ‘out’ (1950-1973), it did not want to be completely ‘out’. Ever since it has been ‘in’ (1973-now), it has never been completely ‘in’ such processes as monetary union.

Yet for a long time, there was at least a stable core of agreement in the UK that it should – one way or another – retain access to the EU’s single market. Now even that has been put into question by those advocates of Brexit who argue that the UK should be prepared to settle for a looser free trade agreement, rather than accept the regulation and ‘loss of sovereignty’ implied by continued participation as a non-Member State in the single market.

It is easy to forget that the EU has been quite responsive to the UK’s ambivalence, in permitting both opt-outs and opt-ins. The ensuing EU internal differentiation is also reflected in the EU’s associations with non-members, which range from the European Neighbourhood Policy (ENP), to Turkey’s customs union, to Switzerland’s bilateral approach, to the multilateral European Economic Area agreement (EEA) for Norway, Iceland and Lichtenstein.

These are not only different degrees of institutionalisation. They also offer different degrees of market access and ‘market citizenship’ – in other words, different degrees of legal certainty and protection. An important observation here is that, given the EU’s internal pressures (demands for special status and opt outs), the EU has been trying to reduce the range of forms of external association, not the least to protect its internal coherence.

The Problem of Hegemony

The main finding of our book The European Union’s Non-Members: Independence under hegemony? worth underlining here is that non-EU states – whether affiliated through sectoral bilateral agreements such as Switzerland or multilateral dynamic agreements such as Iceland and Norway – are increasingly closely associated to a constantly changing and integrating entity over which they have no formal say.

They relinquish sovereignty in a way which is not recompensed by co-determination. This has two important implications with direct bearings on the UK debate. First, even if non-members such as Norway and Switzerland have established formally different arrangements with the EU, the effects are nevertheless remarkably similar. Second, the EU’s closely associated non-members exist under a form of self-inflicted hegemony. The interesting point is that this problem becomes more manifest the closer, more formalised, the association is.

A hegemon wields power over other subordinate states. It dominates by interfering in zones of autonomy and by limiting the subordinates’ sovereignty. There is a profound irony in applying this notion to the European Union. After all, the integration process was initiated to abolish political rivalry and hegemony in Europe by granting the states equal membership in the fledgling European political order.

The EU dominates those associated states from outside neither intentionally nor by deception nor by manipulation. It is hegemony by default – by rejecting EU membership, they have become subjected to hegemonic dominance. These states have unintentionally turned the EU into a hegemon vis-à-vis themselves.

Take Norway as an example. In 1994, the most important argument against EU membership concerned the right to self-determination, popular rule and democracy.  But every government since then has brought Norway closer to the EU, and a number of additional parallel agreements have been signed.

These include agreements on border controls (the Schengen Agreement), asylum and police cooperation. Norway even puts troops at the disposal of the EU’s battle groups. Approximately three-fourths of the legislation that applies to the Member States applies to Norway.

In order to ensure the conformity of the internal market, the same rules apply to the EEA partners as to the EU countries (under the homogeneity principle). New agreements have been established over time, and existing agreements have been developed and expanded. Their cumulative effects are comprehensive and not well understood.

When considering the sheer volume of agreements, and the establishment of new EU authorities and agencies to which Norway cedes sovereignty, the implications for national independence and democracy are severe. Norway has relinquished sovereignty in a number of areas through regular majority voting by EU members. It pays (through EEA financial contributions) for access to the single market, and is subject to much of EU law on the same basis as the EU’s Member States.

Norway has surrendered sovereignty without having received anything in return in the form of co-determination that EU membership would have granted. The slogan ‘no taxation without representation’ from the US War of Independence does not apply here.

If then, the EU is not in itself structured as a hegemon in relation to its Member States, in what sense more specifically is the relationship with the associated states a matter of hegemony?

Implications for the UK Debate

This question appears to have a direct bearing on the UK debate, which should focus more closely on the factors that make this into a relationship of hegemony. One obvious factor is that the relationship is a highly lopsided or asymmetrical power relationship, where one side is far more dependent on the other than the reverse. The bargaining power of Norway or Iceland is weak. For the UK, the question is whether its size and strength can make up for the difference.

A second factor is that hegemony is in a deeper sense institutionalised. One aspect is that the EU reconfigures state sovereignty in terms of placing a stronger emphasis on co-determination.  The EU copes with any need to constrain participating states by offering them the opportunity to participate together in the co-determination of policies in exchange for constraints on their individual sovereignty.

However – if countries, for whatever reason – end up adopting EU policies without being full members of the EU – they can end up experiencing the individual loss of autonomy without the compensating participation in the Union’s processes of co-determination through shared decision-making.

Since that onus on co-determination clearly also includes constitutional questions, then lack of access to these bodies, notably the European Council, also entails lack of influence on the processes that determine the associated state’s scope and terms of self-determination. The structure of the association is such that the closer it is, the more the EU determines the conditions for democratic self-rule in the associated non-Member States.

A third factor is that the EEA Agreement is a dynamic framework agreement which does not need to be renegotiated whenever the EU adopts a new regulation. The Agreement is continually updated so that laws and regulations remain consistent throughout the EEA. This dynamic aspect is important for achieving the core aim: the maintenance of a homogeneous market throughout the whole area. Even the Swiss relationship is far more dynamic in practice than its formal bilateral arrangements would suggest.

Non-members, to a much greater degree than members, experience new EU treaties or reforms as ‘shocks’ that they, for want of access to the EU, are far less prepared to handle. These factors add a great measure of uncertainty to the dynamism: the ability to foresee or predict is very low and that is a distinct problem facing non-members. From the point of view of the associated states, barred as they are from co-determining, enlargements increase asymmetry and also arbitrariness.

The Cost of Exit

European states that are interwoven into the European economy, but have chosen not to become EU members, are faced with the choice of legal certainty (EEA membership) or arbitrariness. The former entails hegemonic submission. The latter, however, does not imply independence but arbitrary dominance, due to the high degree of interdependence.

For any of the associated non-members, the cost of exit is high because there is a very high degree of connectivity. The general feeling is that uncertainty is greater without an agreement. The EU reaches into almost all policy fields of the Member States and these horizontal dynamics are also important both in the Nordic region and for Switzerland. In that sense, the EEA arrangement is not merely an international contract regulating a specific area of common interest.

What is peculiar about the form of dominance that the associated non-members experience is that it is both structural and at the same time voluntary. It is an arrangement that accidentally inhibits and intimidates the parties. The management of externalities and collective action problems created by interdependence is skewed by a European political order in favour of full members of the EU. By being excluded from common decision-making procedures, the citizens of the associated states find themselves as second-rate Europeans.

Precisely the question of second-rate status takes on added importance at a time of crisis-induced transformation in Europe. Crisis leads to more uncertainty and unpredictability, thus increased dominance. How the EU grapples over time with the fallout of the crisis will therefore be fundamentally important for the associated states, as well as for a potential Brexit.

Prof Erik Oddvar Eriksen is the Director of the ARENA Centre for European Studies and Professor of Political Science at the University of Oslo. His research interests include political theory, public policy and European integration and legitimacy and democracy in the EU.

Prof John Erik Fossum is Professor of Political Science at the University of Oslo. His research intersts include political theory, democracy and constitutionalism in the EU and Canada, Europeanisation and transformation of the nation state.