Immigration is one of the most prominent issues in the EU referendum debate, writes Christina Boswell. She argues that many of the concerns about immigration in the UK are not necessarily linked to EU membership, and questions about levels of immigration and the relationship with the economy would persist even in event of leaving the EU. 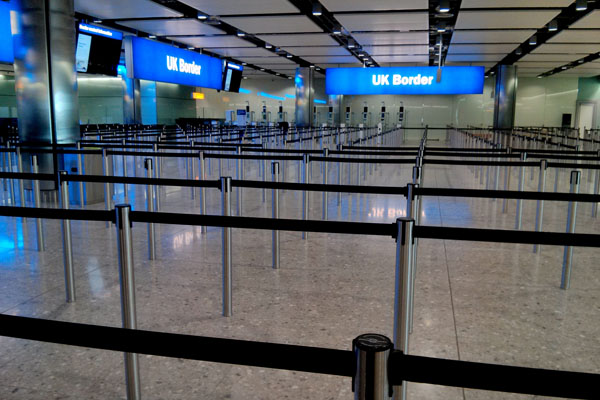 According to IPSOS-Mori, 44 per cent of the population consider immigration to be the most important issue facing Britain, making it voters’ top concern.

Over the past decade, these concerns have been increasingly linked to the UK’s membership of the European Union. EU law enshrines a principle of ‘free movement’, meaning that nationals of EU Member States are entitled to seek a job and work in any other member country.

They are also entitled to equality in access to employment, wages and social security. This right is limited to those who move for work purposes, and does not extend to those who relocate to take advantage of unemployment benefits.

The desire to limit immigration has become a main argument to justify Brexit. Pro-Leave campaigners argue that EU membership impedes the UK from meeting its immigration policy goals. EU rules on free movement undermine British sovereignty by obliging the UK Government to accept high levels of EU migrants seeking work. They argue that the UK would only be able to regain control of immigration policy outside the EU. After Britain has left, it will be able to pursue a more selective immigration policy.

Those in the Remain camp fall into two main groups on this issue. The first accepts the need to reduce immigration, but argues that Brexit is not an effective way to achieve this. They agree that EU immigration is too high, but disagree that Brexit can fix the problem.

Moreover, pro-EU campaigners have suggested that the UK might lose its influence over other important aspects of European immigration policy. The UK has opted in to a number of instruments considered to be in the national interest, such as the Dublin Convention for determining which EU Member State is responsible for assessing asylum applications, and the EURODAC database of asylum applicants. The UK has participated in measures to combat irregular migration and in joint naval patrols in the Mediterranean.

Furthermore, Remain proponents suggest that, should the UK restrict EU immigration, UK nationals living in other EU countries might face retaliatory measures. If the UK puts a quota on EU immigration, British pensioners retiring to southern Spain, or UK engineers relocating to Germany, are likely to suffer similarly restrictive measures.

The second group in the Remain camp rejects the notion that EU immigration should be reduced. EU immigrants, it argues, have made an important contribution to the UK economy. They are net contributors to the welfare state, augment GDP and fill important shortages in the labour market.

In the case of Scotland, EU immigration also plays an important role in offsetting declining and ageing populations. Moreover, EU immigrants fill jobs UK nationals are unwilling or unable to take up because they don’t have the required skills, live in the wrong area or are put off by poor conditions and wages. ONS statistics suggest that 57 per cent of EU nationals coming to the UK to work have a job offer before they arrive.

This begs the question of what effect a ban on EU immigration might have on the economy. If EU nationals are filling so many jobs, a significant restriction of immigration would create serious labour shortages, with damaging effects for those sectors most reliant on foreign labour: manufacturing, food and drink processing, cleaning, food preparation, hospitality and health.

The focus on EU membership as the key to resolving immigration problems may be misplaced. First, the UK is unlikely to secure a deal that combines full access to the common market with an exemption to rules on free movement.

Second, even if the UK could negotiate such a deal, the demand for foreign labour is likely to remain unchanged, placing pressure on any government to ensure an adequate inflow of labour immigration. The government’s difficulty in reducing even non-EU immigration demonstrates how difficult it is for pro-business administrations to reduce economically beneficial forms of immigration.

It is quite likely that levels of EU immigration will in any case decline over the coming decade. The highest flows are from southern European countries affected by the financial crisis. These flows are likely to recede as their economies pick up. Polish immigration is already in decline and Romanian and Bulgarian immigration remains relatively modest.

My prediction is that, within a few years, we will see lower levels of EU immigration but increased immigration from non-EU countries. Concerns about immigration will not go away, but the furore over EU free movement will recede.