Opinion polls suggest that Scotland will vote to remain in the EU, regardless of the UK-wide result, and leaving the EU would mark a material change in circumstances since the 2014 Scottish independence referendum, writes Nicola McEwen. She argues that Brexit could boost support for independence enough for it to succeed, but proponents would need to fundamentally redefine their prospectus for Scotland, given the UK’s exit from the EU. 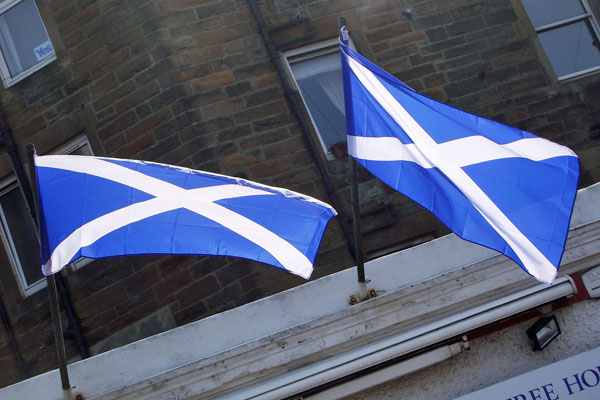 In September 2014, Scots voted by a clear majority to remain within the United Kingdom. Less than two years on, might a vote for the UK to leave the European Union trigger a second Scottish independence referendum and the potential break-up of the UK?

Campaigners for Remain have pointed to this prospect as part of their Brexit nightmare scenario. Nicola Sturgeon has also raised the stakes, pointing to the prospect of Brexit without Scottish consent triggering overwhelming demand for a second independence referendum.

For some, that prospect is a threat. For others, it may be an opportunity, or a necessity. Either way, the claim poses two key questions. Would Brexit change the nature of the Union to which Scots gave their consent in 2014? Would it increase the prospects of a second independence referendum and a Yes vote?

There is a strong case to make that Brexit would change the terms of the deal endorsed in the 2014 independence referendum. The dominant EU-related issue in that referendum was whether Scotland would have to reapply for membership, and on what terms. But the UK to which Scots gave their consent was an EU Member State, and that membership was part of the bigger picture.

The UK Government argued that Scotland benefited from the UK’s voting strength and influence within the EU. The UK’s relationship with the EU and the wider world will be altered by Brexit. This would mark a material change in circumstances since September 2014.

Every opinion poll conducted within Scotland has suggested that Scots will vote to remain in the EU by a sizeable margin. Support for the European Union is more solid than support for the Anglo-Scottish Union. If the UK were to vote to leave the EU, it could open up a new constituency of support for independence, especially among middle class Scots.

But the shift is not dramatic and analysis reveals that the class divide in independence support continues even under a Brexit scenario. For most middle- and upper-class Scots, support for the Anglo-Scottish Union seems to trump support for the European Union.

Opinion polls are useful for painting a picture, but we should be cautious in reading too much into attitudes and declared voting intention under hypothetical scenarios. This is especially so when trying to identify the consequences a vote to leave the EU could have for independence and Union.

We know little or nothing about what leaving the EU would entail. A majority vote for Leave could see the UK embroiled in fractious or protracted negotiations, potentially leading to a complete withdrawal from both the EU and the internal market. Or it could see the UK successfully and smoothly negotiate a new partnership with the rest of the EU, with continued, unfettered access to European markets but without the perceived disadvantages of ‘ever closer union’. Social attitudes and political behaviour are shaped by events, not hypotheticals.

Even less attention has been paid to what independence would look like were Scotland to be a member of the EU while the rest of the UK was not. This would be subject to multiple sets of negotiations between the Scottish and UK Governments and the EU but it is unlikely that the independence vision presented in 2014 would be a viable option.

Then, the Scottish Government’s White Paper, Scotland’s Future, set out a form of independence that maintained institutional, economic, cultural and intergovernmental connections with the rest of the UK. The proposed currency union received the most attention. But the plan also included a common British Isles travel area, a strategic energy partnership, defence and security cooperation, a common research area, cross-border public bodies, and a joint venture between the BBC and a new Scottish broadcasting corporation.

However one regarded the feasibility of these arrangements in 2014, it is unlikely that this kind of partnership would be compatible with Scottish EU membership, if the rest of the UK leaves. Scotland’s likely position within the EU would also come under scrutiny. A future Scottish Government seeking to negotiate EU membership within the context of ongoing or recent negotiations on the UK’s withdrawal could face stricter terms, for example, in relation to the single currency, the EU budget or compliance with fiscal rules.

Without doubt, a Leave vote could have all sorts of unintended consequences, not least with respect to the future of all of the British Isles (the impact on the island of Ireland may be even more pressing). The effect of these consequences for Scotland’s constitutional future is far from straightforward.

It may represent a material change of circumstances and may even generate increased demand sufficient to justify a second independence referendum. But it would force the architects of independence to confront some complex and difficult issues over the kind of independent Scotland they could deliver.

Prof Nicola McEwen is Professor of Territorial Politics at the University of Edinburgh and Associate Director of the Centre on Constitutional Change. Her research interests include Scottish politics, territorial politics, devolution and multi-level governance.