If the UK votes to the leave the EU, it will most likely establish a Swiss-style trade relationship to replace EU membership, writes Andrew Glencross. He suggests that future UK governments would be unable to change this relationship unilaterally without risking retaliation, leaving Scotland more dependent on the UK government for good relations with the EU. 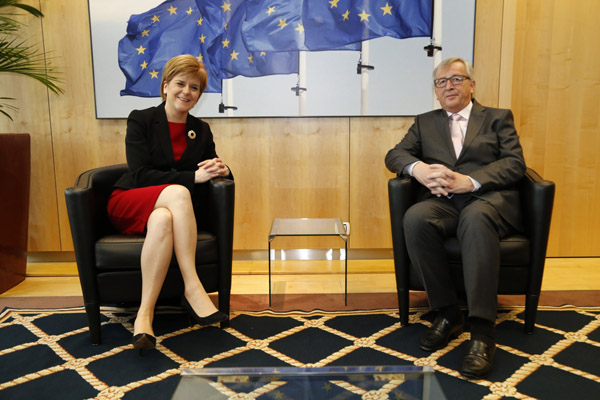 Although Britons will soon get to vote on whether to remain in the EU, a complete economic separation with the continent is unimaginable. This is because the European single market is the location for half of UK trade and acts as a magnet for foreign investment. As a non-member state, 90 per cent of UK exports by value would become subject to EU tariffs.

So any UK government carrying out a referendum mandate to exit the EU would have to make a number of crucial decisions about how far to participate in single market policy while meeting EU obligations, now and in the future. These Brexit negotiations would leave Scotland facing a highly uncertain future.

A bilaterally-negotiated trade relationship, similar to the one Switzerland has with the EU, is the most plausible outcome of Brexit, even if the Swiss arrangement took years to put together. The alternative strategy for accessing the single market is the European Economic Area, which Norway and Iceland belong to. These countries benefit from full single market participation in return for domestic implementation of EU rules. But it would be extremely incongruous to withdraw from the EU only to remain committed to enacting single market rules on a non-voting basis.

However, uncertainty would permanently surround a British withdrawal, as any bilateral UK-EU market arrangement would be vulnerable to future changes. Within the EU judicial space, Member States are not entitled (unlike in the WTO) to resort to tit-for-tat retaliatory measures if they feel another government is fudging common rules.

For instance, the UK government could not unilaterally ban French wine in protest at restrictions on British beef imports during the BSE epidemic. It is the job of the Commission to investigate and for the Court of Justice of the EU to arbitrate if such evidence is found. Outside the EU, matters are different. Should the UK government, as a non-EU member, unilaterally change the terms of trade through new, discriminatory regulations the EU would respond in kind.

This logic was demonstrated after the Swiss referendum to restrict EU immigration was passed in 2014, which broke the terms of the EU-Swiss agreement on free movement of labour. In response, the European Commission swiftly retaliated by excluding Switzerland from participation in the Erasmus university exchange and the €80 billion research funding programme Horizon 2020.

Swiss universities thus faced being excluded from vital research funding, which in fact their own government contributes towards as part of the monies paid to access the EU single market. In September 2014, a compromise was reached allowing Swiss universities to participate in some EU-funded research until 2016, after which continued participation is dependent upon Switzerland accepting the extension of free movement to Croatian citizens. In other words, the EU has the economic muscle to force the hand of those outside the club.

Consequently, the risk is that a Brexit deal concerning single market access would be affected periodically by domestic pressure to change the rules in line with British preferences. Any abrogation or amendment of an EU agreement by Westminster would leave businesses, universities and people in Scotland vulnerable to retaliatory action by Brussels.

In a post-Brexit scenario, the Scottish government would de facto become even more dependent on Westminster for maintaining good relations with the EU. Moreover, as the Swiss example shows, when confronting the EU as a non-member the stakes become higher. Future uncertainty of this kind can only play into the hands of the Scottish National Party.

The author recently gave written evidence to the Scottish Parliament’s European and External Relations Committee inquiry on EU Reform and the EU Referendum: Implications for Scotland.

Dr Andrew Glencross is Lecturer in International Politics at the University of Stirling. His research focuses on the interplay of law and politics in the European Union and the development of European integration more generally, including EU foreign policy.