In this extended article, Luca Cerioni situates the debate on VAT in digital services and small business in the wider context of developments in EU tax policy. He argues that the EU’s approach of harmonising rules in some areas of tax and allowing competition in others weakens the single market and that, in the absence of full harmonisation, the EU should encourage bottom-up convergence between national tax regimes. 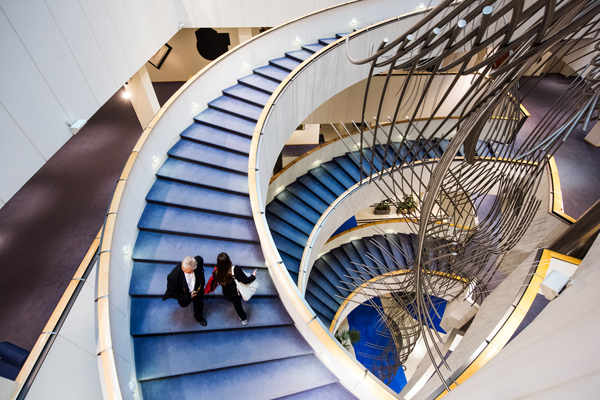 The recent change in EU tax law on the Value Added Tax (VAT) rules for supplying ‘digital services’ to consumers located in other EU Member States has provoked a lively debate. The discussion has transcended this single issue and raised broader questions on the aim of EU tax policy, not only in the area of indirect taxation (like VAT).

In this context, digital services mean ‘broadcasting, telecommunications and e-services that are electronically supplied’. In a nutshell, these encompass ‘automated digital services’ – anything downloadable or used online which is either automated or involves ‘minimal human intervention’.

As of 1 January 2015, EU legislation requires businesses selling digital services within the EU to pay VAT in the buyer’s country, at that country’s rate, regardless of where the seller operates or has its registered office.

Under these new rules, the seller must now be able to prove where the buyer is located. In order to do this, sellers must now obtain two non-contradictory pieces of information which prove, to audit standards, where a sale is made. They must also store this information for 10 years.

UK businesses selling to other EU countries have to register with the VAT MOSS system and submit single calendar quarterly returns to HMRC. Following this, HMRC, on behalf of the seller, sends the relevant information and payments to the tax authorities of the EU countries where customers are based.

The system was set up to create a ‘level playing field’ throughout the EU for consumers in the digital services market. It was also designed to prevent sellers, in particular large companies, from undercutting their competitors by claiming to be based in countries, such as Luxembourg, where VAT rates are lower.

There are wide disparities among the EU’s 28 Member States on how VAT is calculated, including between 75 to 81 different tax rates. In essence, the new rules aim at preventing distortions in the single market that would otherwise exist through inter-jurisdictional ‘tax competition’ in the common VAT area. One might note a similarity with the objective of limiting ‘harmful tax competition’ that the EU has also pursued in the area of direct taxation.

On the latter subject, the EU adopted a Code of Conduct on Business Taxation in 1997. The code was designed to limit ‘harmful tax competition’ brought about by special tax regimes in one Member State (such those offering special reliefs for foreign investors) which result in lost revenue for other Member States. However, the code (at least to date) does not affect ‘fair tax competition’ through tax rates applied to the normal tax base.

Despite the high degree of harmonisation on VAT, the Member States have guarded a wide degree of control of their tax rates, which they consider to be an instrument of competitive tax policy. The absence of tax rate harmonisation (beyond the minimum rates set by EU VAT legislation) has weakened the level playing field that the new VAT rules for digital services are designed to support.

Crucially, these rules did not include any exemptions for small business. Complying with these new requirements has in practice been excessively burdensome for them. Many smaller companies – include some in the UK – have claimed that the rules are so complex that they had to stop selling digital services in other EU countries.

The main obstacles for small business lie in the data collection requirements (two pieces of non-contradictory information) and that many basic e-commerce platforms are not designed for this purpose.

In order to display the correct price (inclusive of VAT), the seller needs to know a customer’s location before the sale. The seller can determine the location by asking customers to fill in extra fields when making their online purchases. However, this process can often lead them to decide to abandon the purchase.

The solution normally rests in major website upgrades, which are expensive and time-consuming, and particularly burdensome for smaller firms. Different interpretations under national law of ‘digital services’ – especially on the ‘minimum human intervention’ criterion – can make complying with the rules even more complicated.

Conversely, these problems simply do not arise in domestic sales of digital services. Here, small businesses usually benefit from VAT exemptions. In the UK, the exemption amounts to £81000.

Some small business owners set up a campaign group (EU VAT Action) to protest against the new rules. Following from a recent summit of EU finance ministers in Dublin, the Commission announced its intention to propose a threshold to exempt small businesses from these VAT obligations.

Paradoxically, the system designed to avoid VAT-driven distortions in the EU single market and to create a level playing field has, in its first year of application, ended up created just such distortions. The rules have resulted in a de facto barrier to two of the fundamental freedoms – the free movement of goods and services.

In so doing, they undermine the spirit of the common VAT system dating back to its establishment in the 1960s. Although the impact was felt specifically in the digital services market, it has had a significant effect on small business, which represents a sizeable percentage of companies in the EU.

The introduction of an exemption threshold would certainly remove the new barriers for small businesses. However, the Commission would have to consider whether to propose a uniform exemption threshold. More broadly, the current situation is cause for reflection on a key choice in EU tax policy, going beyond the area of indirect taxation.

The VAT difficulties for small business stem from a vicious cycle driven by the Member States’ unwillingness to fully harmonise tax policy. The VAT Directive does not provide for complete harmonisation of tax rates, since Member States wish to maintain a level of autonomy.

However, the lack of (sufficient) harmonisation between VAT rates in EU countries, together with different national interpretations of the common rules that do exit – in short, the accepted degree of ‘tax competition’ between countries in the VAT area – has created disparities between the countries. These disparities became so salient as to necessitate new rules to ensure VAT is paid in the country of the buyer, which caused great difficulties for small business.

No Member State should have an interest (certainly, not a revenue interest) in seeing a number of its businesses find it difficult to or stop selling in other Member States because of burdensome requirements that arise, ultimately, from differences in national VAT regimes.

On the one hand, the entire EU tax policy should contribute to the consolidation and proper functioning of the internal market – rather than fragmenting it by allowing excessive differences between national tax systems to remain. On the other hand, some proposals on direct taxation suggest that the jurisdiction for corporate tax purposes should no longer be based on the tax residence of a company, but on the location where its sales take place.

Such an approach would end the ‘forum shopping’ which some companies undertake (eg through transfer of the ‘place of effective management’), changing their country of tax residence in order to take advantage of the wide differences in national corporation tax rates.

It would also link companies more directly to the countries of their market base, which is normally quite stable. Nevertheless, the current VAT situation shows the administrative and reporting difficulties that might arise under this scenario, particularly for small businesses, due (again) to the wide differences between (corporate) tax rates.

Harmonisation would arguably enable Member States to protect their tax revenues more effectively than is the case under tax competition. It would bring about – to the benefit of business – both a level playing field and simplification in tax compliance requirements. In the absence of agreement on tax harmonisation in the Council, the key challenge for the Commission is to propose solutions which, although not legislating (top-down) harmonisation, encourage spontaneous (bottom-up) convergence between the national tax rules of the Member States.