Despite the EU Withdrawal Bill’s premise to incorporate EU law into UK law, the exclusion of the Charter of Fundamental Rights but the inclusion of general rights principles in EU law has created confusion, writes Tobias Lock. He argues that the current approach of the bill will result in legal uncertainty over which EU fundamental rights will continue to be protected after Brexit, and that amendments to the bill are the only means to bring greater clarity. 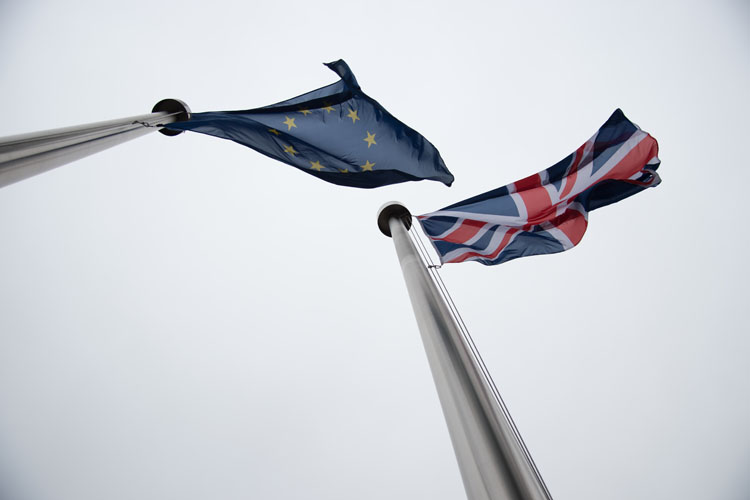 One of the stated aims of the European Union (Withdrawal) Bill is to convert ‘EU law as it stands at the moment of exit into domestic law before the UK leaves the EU’. The express provision in clause 5(4) of the bill that the EU Charter of Fundamental Rights ‘is not part of domestic law on or after exit day’ might therefore appear strange. Apart from the EU remedy of state liability (see Schedule 1), it appears to be the only element of the current EU acquis that is categorically excluded from being retained. It is therefore unsurprising that several amendments to remove this exclusion from the bill have been tabled in the House of Commons.

But what would be the consequences if these amendments were adopted? Would they result in better human rights protection after Brexit? It is the aim of this piece to explore whether the Charter of Fundamental Rights might have a role to play in the UK’s future human rights landscape. The following analysis answers this question in three steps: the current role of the Charter in the UK; the role assigned to EU fundamental rights by the European Union (Withdrawal) Bill; and the possible future role of the Charter if the proposed amendments are accepted.

The Current Role of the Charter

In addition to the entirety of rights currently protected by the Human Rights Act, the Charter of Fundamental Rights contains a number of additional rights, in particular social and equality rights, but also additional procedural guarantees. The Charter does not, however, apply in all domestic settings, but – as Article 51(1) of the Charter makes clear -– only when a UK authority is ‘implementing Union law.’

The European Court of Justice (ECJ) has equated this with ‘acting within the scope of EU law’, which happens in two broad categories of cases. The first category encompasses so-called ‘agency’ situations, mainly where a UK public authority acts on the basis of an EU obligation (eg when distributing farming subsidies on the basis of an EU regulation). The second category covers cases where a public authority deviates from one of the EU’s fundamental freedoms (eg by preventing a product from another Member State from being marketed in the UK).

Where the Charter applies, a public authority must comply with the rights contained in it. This means in particular that it must comply with its procedural requirements and where it has discretion it must exercise that discretion in a way that is compatible with the Charter. For instance, the Court of Appeal held in the case of Benkharbouche that the State Immunity Act 1978 defined the immunity of foreign states too widely and therefore violated the applicants’ right to a fair trial.

The Charter unfolds its full potential where the remedies are concerned. As with EU law in general, if national law is incompatible with it, domestic courts are under an obligation to disapply contravening national law. It neither matters what type of national law it is (it can be an Act of Parliament), nor does it matter which court hears the case (it could be a tribunal or a magistrates’ court).

This thinking is also reflected in the EU (Withdrawal) Bill. Schedule 1 makes it clear that, in order for an EU fundamental right to be part of domestic law, it has to have been recognised by the ECJ ‘in a case decided before exit day’. According to clause 5(5) of the bill this includes references in case law to the corresponding Charter right. This may, however, result in fewer substantive EU rights being available in the future, as not all rights contained in the Charter have so far been dealt with in the ECJ’s case law. Hence the current approach in the bill will result in legal uncertainty as to which fundamental rights are retained precisely.

The bill poses three additional challenges for the effective protection of fundamental rights. First, Schedule 1 further states that general principles – and thus EU fundamental rights – do not give a right of action and that no court may ‘disapply or quash any enactment or other rule of law, or quash any conduct or otherwise decide that it is unlawful because it is incompatible with any of the general principles of EU law.’

Second, Schedule 1 provides that – as a general rule – retained EU law cannot be challenged on the basis that it would have been invalid under EU law (including EU fundamental rights). Third, Schedule 8 provides that ‘retained direct EU legislation’ – EU legislation such as regulations after their transformation into domestic law – are to be treated as primary legislation under the Human Rights Act, which means that courts cannot fully judicially review them and declare them invalid. They will instead be confined to issuing declarations of incompatibility.

A Possible Future Role of the Charter

This reduced role for EU fundamental rights might explain the amendments moved in the House of Commons to make the Charter part of retained EU law. Removing clause 5(4) would result in Charter rights becoming part of retained EU law by virtue of clause 4 of the bill. This alone, however, would only serve to remove the legal uncertainty resulting from the vague category of fundamental rights as general principles that would otherwise exist.

To maintain the present effects of the Charter, more would need to happen. First, the restriction in Schedule 1 that retained EU law cannot be challenged would need to be removed and courts would have to be given the power to strike down retained EU law that is contrary to Charter rights. Second, the restriction on disapplying domestic legislation and declaring any domestic conduct unlawful for failure to comply with EU fundamental rights would equally need to go.

Third, it would need to be defined in which cases the Charter should apply. After all, Article 51(1) of the Charter in its present form – ‘when implementing Union law’ – would no longer make sense. There are two options for resolving this. The first would be for the EU (Withdrawal) Bill to make express provision, for which the bill’s clause 11 on the powers of the devolved legislatures might provide inspiration. The Charter could, for instance, apply where a public authority is deemed to be ‘implementing retained EU law’.

The second option for the bill would be to remain silent on this point. This would result in clause 4 applying in its entirety. As pointed out by Tom de la Mare and James Segan, this provision is in itself ambiguous, given that a strict application of the wording of many of the rights contained in the EU treaties would result in these rights not being applicable in a post-Brexit setting as they make reference to ‘the scope of the Treaties’ or outlaw certain conduct ‘by the Member States’. The same would be true for Article 51(1) of the Charter.

In this scenario, the executive power to remedy deficiencies contained in clause 7 would have a central role to play in defining the boundaries of these rights. Hence if the bill itself did not stipulate when the Charter should apply, this decision would have to be made by the UK government under clause 7.

This article has focused on the possible retention of the EU Charter of Fundamental Rights through the EU Withdrawal Bill. It has not discussed how the Charter could possibly inspire meaningful human rights reform in the UK – or in its devolved parts – in the future, which is another question worth exploring.

Overall, the Charter can be accorded a practically relevant role in the UK after Brexit. In order to achieve this, a mere deletion of clause 5 (4) of the Bill would not suffice. It would need to be coupled with a number of other amendments, which would open up retained EU law to judicial review on human rights grounds and which would allow domestic courts to review domestic acts on their basis. Moreover, the scope of the Charter would need to be adapted to a post-Brexit setting. Only then would the European Union (Withdrawal) Bill live up to its overall objective of retaining the EU acquis as it stood on exit day.