The relationship between the EU and the UK has always been characterised by a troublesome dialogue of ambivalence. This is particularly the case concerning the European Union’s social policy. When the ambitious Delors Commission wanted to introduce a chapter on social policy into the EU treaties with the Treaty of Maastricht (1992), the UK, under John Major, obtained an opt-out. This chapter included many new social competences for the EU. Some years later, under Tony Blair, the UK opted back in to the chapter with the Treaty of Amsterdam (1997). 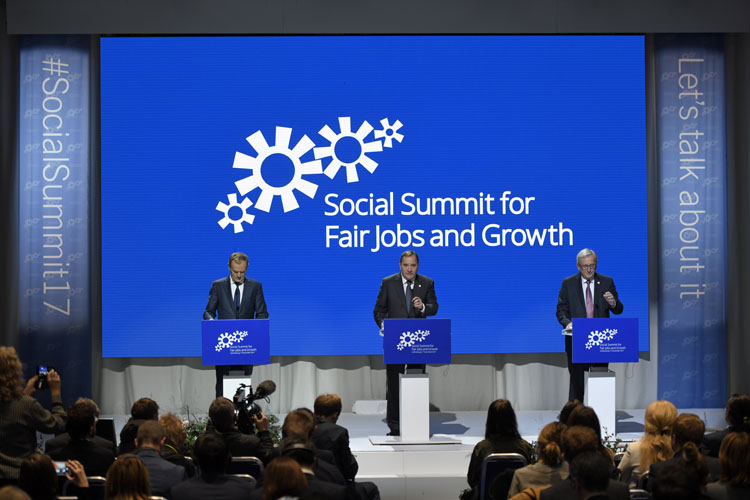 Since Amsterdam, the UK has been a full participant in EU social legislation, including rules on working time, collective dismissals, transfers of undertakings, equal treatment and non-discrimination, posting of workers, rights for pregnant workers, parental leave, holidays, health and safety, information and consultation and the European works council. By implementing this European legislation, the UK created a domestic floor of social rights for workers, ultimately enforceable by the European Court of Justice.

End of the Social Acquis

When the UK leaves the EU, the permanence of this European social acquis will disappear, allowing the national legislature to make any changes it desires. UK law is based on a dualist system consisting of primary legislation (Acts of Parliament) from the legislature and secondary (delegated) legislation from the executive.

The European Communities Act 1972 currently provides for EU law to be directly applicable in the United Kingdom without the need for implementing legislation or powers to enact delegated legislation. Under UK constitutional and legislative practice, when a primary legislative instrument is repealed, all of its secondary legislation also falls away.

As part of Brexit, European Communities Act will be repealed as of exit day. This would normally mean that related secondary legislation would also fall away. However, the European Union (Withdrawal) Bill making its way through the UK Parliament currently states that EU-derived domestic legislation, as it has effect in domestic law immediately before exit day, continues to have effect in domestic law on and after exit day. However, the bill currently provides that the UK government amend that retained law to make it work effectively after Brexit, raising the prospect of more substantive changes as well. The EU’s Charter of Fundamental Rights will also not likely be part of domestic law on or after the exit day.

According to Alan Neal, a fear is that the Brexit withdrawal legislation will be used as a ‘smokescreen’ to facilitate attacks on existing labour law rights. He has stated however that current received wisdom is that the genuine (and politically practicable) intention is to ‘hold the status quo’ as of exit day. In his view, primary legislation (such as the Equality Act 2010) will probably remain as it is, but secondary legislation will not be ‘untouchable’. This argument is supposed by Theresa May’s express desire to safeguard social rights ‘as long as she remains prime minister’, however weak this promise considering her unstable political position.

Many challenges lay ahead for UK labour law after Brexit (well enumerated by Catherine Barnard in a recent book). For instance, it is still a mystery how bodies like the European Works Council will continue to work after Brexit for multinational enterprises where they have operations in the UK. According to the EU Withdrawal Bill, the principle of the primacy of EU law will end in the UK and UK courts will not be able to refer matters to EU courts.

The EU itself lacks important social competences (eg pay, industrial action) and the European Court of Justice has not always given UK workers reasons to celebrate (see the cases Viking, Laval and Alemo Herron), but the future for UK workers after Brexit seems more insecure. A key question is whether the UK remains inside the EU’s Single Market, which would require maintaining the four freedoms, including free movement of workers. Considering the fact of Brexit itself, however, it would rather be remarkable if the UK chose to continue with free movement.

From another perspective, Brexit gives an opportunity to the remaining EU27 to further develop the social dimension of the EU. Recent initiatives from the European Commission include the new European Pillar of Social Rights and the ongoing review of the Written Statement Directive. However, it must be noted that it has only been the UK which has opposed the creation of a social union. The Netherlands, Sweden and Denmark, for instance, have also been reluctant to increase the EU’s social competences.

In fact, EU Employment Commissioner Marianne Thyssen noted in a recent speech that she did not see the UK as the big enemy of social Europe and often found the UK on the same side of the negotiating table. For example, in the proposed reform of the Posting of Workers Directive, it was central and eastern states such as Poland which opposed the Commission’s plans, not the UK. Therefore, even after Brexit it will not always be easy to find agreement on social issues from the Member States, which remain characterised by very diverse labour markets and economies.

For now at least, it is clear that Brexit has driven the EU27 closer together, including in the social field. Two main examples, mentioned before, illustrate this new impetus for the European social dimension. In October, the EU Council endorsed the Commission’s proposal for a European Pillar of Social Rights. This was later the subject of the Social Summit for Fair Jobs and Growth this November in Gothenburg.

Separately, the EU Council also reached agreement on its own position on revising the Posting of Workers Directive. The agreement was not unanimous, but 21 countries voted in favour, including the Czech Republic, Slovenia, Romania and Bulgaria. In any case, the compromise was hard-fought and seen as a victory for the Commission, and French President Emmanuel Macron who has strongly driven this initiative.

In the longer term, it is not clear how long this relative unity between the EU27 can be maintained. Nevertheless, Brexit presents another possible opportunity for the European social dimension. The European Commission wants to revive the European social dialogue, and the absence of the UK might make establishing European collective bargaining processes more likely. The UK has not been a strong supporter of collective bargaining rights as an EU member. However, other big Member States are supportive of the idea, so Brexit may well help make it a reality.

While Brexit might create momentum for greater social Europe, the picture for UK workers is more uncertain. Without basic EU social rights protections, the UK could further deregulate its labour market. Paradoxically, this would hit the UK working class hardest, which voted largely in favour of Brexit. For the EU27, Brexit might be an opportunity to reinforce the social dimension of the Union. However, the UK was not always the big obstacle it appeared to be, nor was it the only obstacle to creating the European Social Model.

Pieter Pecinovsky is PhD Candidate in Labour Law at the Institute for Employment Law at KU Leuven. His research focuses on EU economic governance and its relationship with the fundamental right to collective bargaining in the EU, ILO and Council of Europe legal frameworks.