The Danish government has been a reliable supporter of the UK’s renegotiation of its EU membership, writes Ben Rosamond. He notes that, in the context of Denmark’s own ambivalent relationship with the EU, keeping the UK in can be used to argue that the EU remains good for Denmark as well. 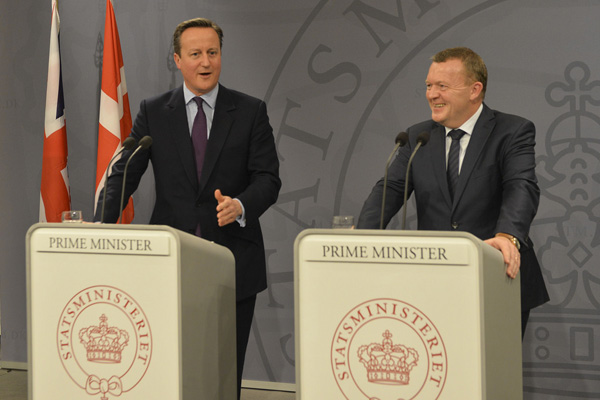 David Cameron is not without allies amongst fellow heads of government meeting at the European Council in Brussels, but it would be hard to find a stauncher supporter of the UK’s negotiating position than Lars Løkke Rasmussen, the Prime Minister of Denmark.

As the summit began, Lars Løkke Rasmussen went out of his way to suggest that Denmark would happily endorse the pre-meeting draft agreement without amendment. This reflects a close proximity between the preferences of the Danish and UK governments on issues such as the payment of child benefit to intra-EU migrants. But Rasmussen has also expressed the view that the other Member States need to give Cameron a deal that will enable him to win the Brexit referendum.

The Danish PM has also been outspoken in his advocacy of a much tighter immigration and asylum regime within the EU. He has also identified his government as a supporter of Austria’s controversial plan to limit asylum claims to 80 per day.

Of course, Denmark is no stranger to taking an ambivalent stance towards European integration. Since 1993 it has had four opt-outs from key areas of the EU treaties. In a referendum held last December on one of these – Justice and Home Affairs – the Danish people voted to retain the opt-out (a result seized upon with glee by Eurosceptics in the UK).

The prevailing ‘Danish view of the EU’ (if it can be called that) is one source of explanation for the PM’s support for Cameron in Brussels this week. But it should also be noted that Rasmussen leads a single party minority government that relies on the parliamentary support of the Danish People’s Party (DF). DF (which now routinely polls at around 20 per cent) is not openly hostile to the EU (or Denmark’s membership thereof), but also espouses a populist-nativist line on immigration.

Rasmussen’s statecraft in relation to the EU needs to be understood in light of these domestic conditions. Denmark’s harsh line on immigration, exemplified by the recent so-called ‘jewellery law’ (also supported, it should be noted, by the Social Democrats) reflects the extent to which the DF’s position has become mainstreamed in Danish political discourse.

Making loud noises about immigration, and skirting the boundaries of international law in so doing, has the effect of drawing attention away from the more existential question of Danish membership of the EU. And working hard to keep the UK in the club becomes a device to persuade Danish voters that the EU continues to be compatible with Denmark’s interests.

Prof Ben Rosamond is Professor of Political Science at the University of Copenhagen. He is principal investigator of the interdisciplinary EuroChallenge research programme. His research interests include European political economy, political-economic space, governance and legitimacy.