In a narrow interpretation, the UK’s new EU settlement does not bring about significant material change, writes Michael Keating. In the broader interpretation, he argues that, presuming a Remain vote in the EU referendum, the UK has solidified its detached status from the EU, making participation in further areas of integration difficult if not unlikely. 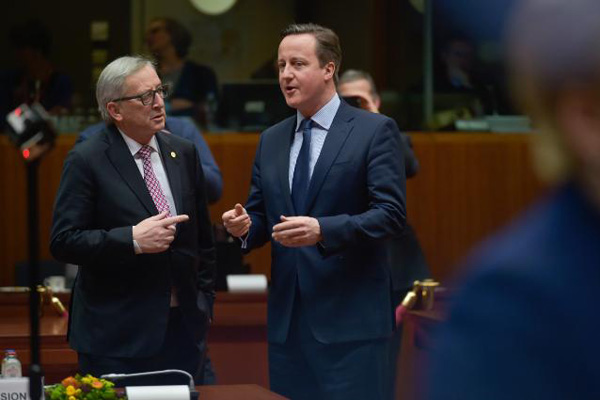 In the narrow interpretation, David Cameron has gained little, especially compared with his ambitions at the start of the process. Critics could say that he has failed. Supporters can argue that, if the referendum vote is Remain, he will have secured the UK’s continued membership at little cost.

On sovereignty, the exemption of the UK from the commitment to ‘ever closer union’ is symbolic, as the offending clause has not prevented UK opt-outs from other policy fields, including the euro, Schengen and Justice and Home Affairs. The ability of national parliaments to intervene to defend sovereignty adds almost nothing to existing provisions.

It is unlikely that 55 per cent of national parliaments would object to a measure that 55 per cent of their governments had already approved under qualified majority voting. Even if they did, they do not have a veto. The Council only has to ‘accommodate the concerns’ about subsidiarity and not the broader merits of the measure.

On economic governance, the UK has succeeded in keeping a voice but without a vote in matters where the euro countries are concerned. It is explicitly stated however that it will not be able to hold up progress among the euro states.

The measures to control migration are limited to social benefits. The ban on ‘benefit tourism’ merely affirms existing provisions. The emergency brake on in-work benefits is unlikely to affect migration flows and tax credits are due to be phased out in any case as the new minimum wage comes in.

If tax credits were a pull factor, presumably the new minimum wage (‘national living wage’) will have the same effect. If child benefit is a significant factor in determining migration decisions, then EU workers could presumably now bring their children into the UK instead, where they can not only claim the full benefit, but also use health and education services.

In the broader interpretation, however, the whole renegotiation saga marks the definitive detachment of the United Kingdom from the European project if not, at this stage, from the European Union itself. The exemption from ‘ever closer union’ gives British governments an encouragement to opt out in future, not as an exceptional measure, but as the norm.

The Labour Party and most of the Remain campaign have supported Cameron’s renegotiation aims, with their objective of solidifying the UK’s semi-detached status. It is difficult politically to see any future UK government participating in future integration measures on issues like taxation, financial regulation or migration.

There is the added lock that a referendum is now required in the case of a further transfer of powers to the EU, something that any government would dread. The measures on benefits for migrant workers may in themselves be minor, but they do represent a breach in the principle of EU citizenship and its social expression.

It is a long time since a British Prime Minister talked of putting the United Kingdom at the heart of Europe. Henceforth, it is definitely on the periphery. The European Union has hitherto worked through bargains and mutual concessions, most of which have led to more union. In exchange for the concessions in Brussels, the other Member States have got only a promise by the British Prime Minister not to campaign for complete withdrawal.

This article was originally published on The UK in a Changing Europe blog.

Prof Michael Keating FRSE FBA FAcSS is Professor of Scottish Politics at the University of Aberdeen; Director of the Centre on Constitutional Change; and Senior Fellow, The UK in a Changing Europe. His research areas include regions, nationalism, Scotland and public policy.