Following the High Court’s ruling on whether the UK Parliament should be involved in the activation of the Article 50 process to leave the EU, Tobias Lock analyses the judgement. He observes that the UK government will find it difficult to construct an effective case on appeal, and that, should legislation indeed be required, essential questions of politics and process will follow. 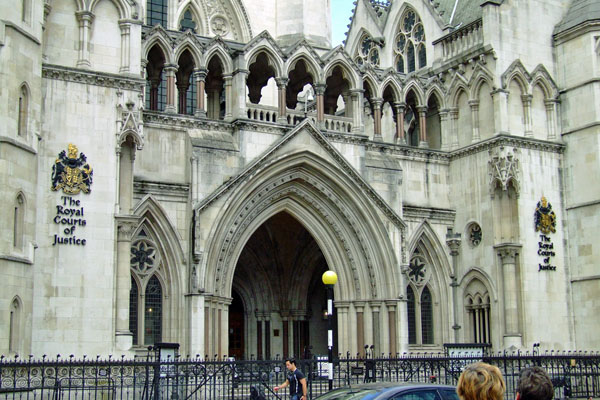 Today’s decision by the High Court of England and Wales that the UK government does not have the power under the Royal Prerogative to initiate the process of withdrawing from the EU laid down in Article 50 TEU came as a surprise to many. This is not so much because the legal points argued by the claimants were baseless – they clearly weren’t – but because the legal realists among us probably thought that, much like the Northern Ireland High Court,  the judges would not want to burn their fingers on a highly emotive issue such as Brexit.

There will be plenty of blog articles analysing the constitutional dimensions of this ruling better than I could (such as this one by Jo Murkens). Therefore, I will confine myself to making four brief remarks.

First, the government made a cardinal mistake in conceding that a notification under Article 50 TEU cannot be revoked. This question is contentious (see eg Paul Craig’s excellent analysis) and, once that point had been given away, the claimants’ argument that Article 50 sets into motion an unstoppable chain of events at the end of which individuals will be deprived of their EU law rights was onto a winner.

An important question for the government’s appeal to the Supreme Court will be whether this point can be reopened. If it can, there is a possibility that this question (and only this question) will be referred to the European Court of Justice.

Second, the High Court’s judgement demonstrates an acute awareness of the differences between supranational EU law and ordinary international law. The High Court pointed out at various points in the ruling that EU law has direct effect and that the European Communities Act 1972 – which allows for EU law to have domestic effect – was ‘as a practical matter’ required for the UK to become a member of the EU (Paragraphs 41-42 and 66).

The High Court was at pains to point out the special constitutional significance of the Act (Paras 87-88). True, the High Court thereby respects the dualist nature of the UK legal system: EU law rights are only effective in the UK because of the European Communities Act. At the same time, it considered it practically impossible to divorce the effects of the European Communities Act from that of the EU treaties.

In the Court’s own words, this would be ‘highly formalistic’. This point will presumably be the main ground for attacking the High Court judgement (the government received some forceful support for refining its argument in these two blog articles). Whether the Supreme Court agrees with the High Court as to the special nature of EU law or not remains to be seen.

Third, what does the ruling – if it stands – mean in practice?  It requires Parliament to decide by way of statute. This means that a bill will have to be introduced by the government and voted on in both the House of Commons and the House of Lords. In practice, there is little doubt that Parliament will vote in favour of a bill authorising the government to trigger Article 50.

However, might Parliament be tempted to make amendments to it in an attempt to frame the government’s negotiating position?  It could, for instance, be imagined that Parliament might want to make sure that a certain degree of access to the Single Market (however that would be defined) should be retained. And might the House of Lords delay the bill, which is possible for up to one year under the Parliament Acts of 1911 and 1949?

If the claimants’ arguments continue to run in the Supreme Court and a bill allowing Article 50 to be triggered is introduced, would this lead to Legislative Consent Motions? The situation is not entirely clear. On the one hand, one could adopt the reasoning of the High Court in Belfast, which ruled that EU matters were an excepted matter (or in the Scottish context a reserved matter) and therefore no legislative consent was required.

On the other hand, an argument can be constructed that, because the triggering of Article 50 will inevitably lead to Brexit, it will inevitably lead to a change in the powers of the devolved parliaments and executives so that the convention kicks in. Certainly, the convention is only a convention (ie there is no way of legally enforcing it).  Moreover, it only applies ‘normally’, and Brexit could be considered abnormal.  At the end of the day, these subtleties do not matter much. It is chiefly a political question, which will need to be played out between London, Edinburgh, Belfast and Cardiff.