The EU’s approach to Russia since the onset of the Ukraine crisis has been characterised by internal divisions of opinion among the Member States, writes Anna-Sophie Maass. She argues that its relations with Russia, and in particular the issue of sanctions, will test whether the EU can achieve the objectives in its Global Strategy and become a more effective foreign policy actor. 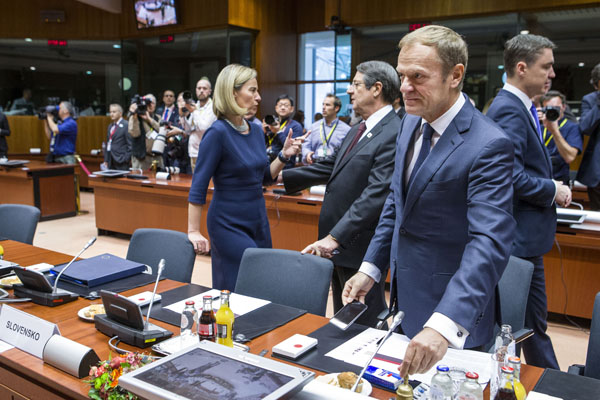 Since the annexation of Crimea by Russia in March 2014, the continuation of the war in Eastern Ukraine and Russia’s involvement in Syria, the EU has come under increasing pressure to adopt measures seeking to contain the Kremlin’s affirmative foreign policy. The EU reacted to Russia’s involvement in both the Eastern and Southern dimensions of the EU’s neighbourhood with the imposition of restrictive measures.

This article concisely examines the evolution of the EU’s sanctions policy towards Russia between March 2014 and October 2016. In that sense, its aim is two-fold. On the one hand, it demonstrates the role sanctions have played in EU-Russia relations in the aforementioned time period. On the other hand, it seeks to establish an outlook on the importance of sanctions to this relationship in the medium to long term.

Shortly after Russia’s annexation of Crimea, the West began deliberations on how to respond to Russia’s foreign policy course towards Ukraine. Within the EU, debates about the imposition of sanctions against Russia emerged. This issue revealed one of the core characteristics of the EU’s diplomatic relations with Russia, which has marked the relationship repeatedly, at varying intensities since 2000 – namely, the EU’s internal divisions on how to respond to Russia.

The deliberations on imposing sanctions against Russia resulted in diverging stances within the EU. Prior to the implementation of sanctions after the annexation of Crimea, the then European Commissioner for Energy Günther Oettinger considered the imposition of sanctions as jeopardising economic ties with Russia.

In contrast, German Foreign Minister Frank-Walter Steinmeier and UK Prime Minister David Cameron were in favour of restrictive measures. Estonian President Toomas Hendrik Ilves was a proponent of sanctions as a way for the EU to demonstrate a proactive common foreign policy towards Russia. Despite these internal discrepancies, economic sanctions were eventually imposed against Russia.

Even though measuring the effect of these sanctions is difficult and lies beyond the scope of this blog article, the sanctions themselves have not contributed to a de-escalation of the war in Eastern Ukraine. Instead, they have reinforced a negative perception of the EU’s capacities as an actor in foreign policy by Russian political officials. Russian Foreign Minister Sergei Lavrov has belittled sanctions as being both hasty and ill-considered, anticipating that they would have negative repercussions for the EU. His predecessor condemned sanctions as a sign of weakness.

Despite Russian policy makers’ dismissal of sanctions and the EU’s ambiguous stance on these measures, they have remained a contentious issue in EU-Russia relations. At the core of the agenda of the latest European Council summit on 21 October were the migration crisis, Russia and its involvement in Syria.

The previous internal discord which had marked the EU’s deliberations on sanctions has remained. Germany, France and the UK pushed for imposing further sanctions. Despite the fact that Russia can be held responsible for contributing to conflicts in a country in the Eastern, as well as one in the Southern dimension of the EU’s neighbourhood, the Council decided to refrain from imposing further sanctions.

At the same time, the Council’s conclusion is not that surprising when taking into consideration that the imposition of sanctions against Russia was not mentioned at all in the EU’s Global Strategy for Foreign and Security Policy, published in June 2016. The document sets out a series of goals for the EU to attempt to become a credible and responsive actor in foreign policy, without delineating a timeframe for achieving its manifold objectives. In this strategy, sanctions are only mentioned as a means to support the legitimate economy, as a component in seeking to achieve a stronger Union and as a measure to attain pre-emptive peace, resilience and human rights.

The Global Strategy’s acknowledgement of relations with Russia as a strategic challenge will be a key determinant in the EU’s external relations with the country in the medium term. According to the Strategy, the EU’s foreign policy towards Russia must be both consistent and united. This is a reasonable approach – its implementation has, however, already proven difficult, as the EU’s deliberations on the imposition of sanctions against Russia have revealed.

Only time will tell if the Global Strategy’s guidelines for the EU’s policy towards Russia will be realistically implementable, especially when taking into account that the strategy does not specify how the EU could potentially reach a united stance on Russia. The discussion on the implementation of further sanctions will also largely depend on Russia’s continuing role in Syria and the development of the Ukraine crisis.

It is very likely that two camps of opponents and proponents of sanctions against Russia will persist, whilst remaining relatively outspoken depending on the overall development of EU-Russia relations in the medium to long term, which is difficult to discern in this period of deadlock.

Dr Anna-Sophie Maass is Postdoctoral Research Fellow in the European Neighbourhood Policy Chair at the College of Europe, Natolin. Her monograph entitled EU-Russia Relations, 1999-2015. From Courtship to Confrontation is published by Routledge (2017).