When Slovakia takes up its first EU Council presidency at the start of July, it will face no shortage of challenges, not least the migration situation and the UK’s withdrawal from the EU, writes Karen Henderson. She comments that, although opposition parties would be happy to bring down the government during the presidency, parties across the political spectrum have so far been uncharacteristically conciliatory in the aftermath of the UK’s EU referendum. 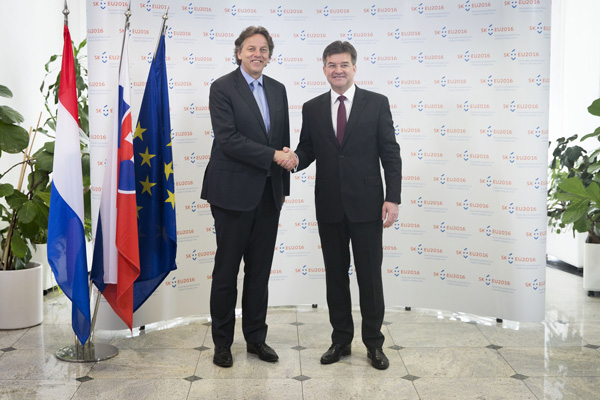 The run-up to Slovakia’s first presidency of the Council of the European Union, starting on 1 July 2016, has been marked by uncertainty, with the UK referendum coming so soon after the 2015 refugee crisis. While not an ideal time to have a small Member State experiencing its first presidency, other smaller and new Member States have mastered their first EU presidency with few problems – the Czechs even survived their government collapsing halfway through in March 2009.

Who Are the Main Actors?

A look at some of the main actors in the Slovak presidency shows a mixed picture. Robert Fico, the prime minister and leader of the party Direction-Social Democracy (Smer-SD), should have been a major asset to the presidency. Still a relatively young man (51), he is in the first year of his third term as prime minister, so he is a highly experienced politician with few personal ambitions still to pursue.

However, his reputation was tarnished by his reaction to the refugee crisis, when he initiated Slovakia’s legal action against the EU’s refugee quotas. On top of this, in the wake of the November 2015 Paris attacks, he stated that all Muslims on Slovak territory would be monitored, apparently not differentiating between refugees, terrorists and the millions of EU citizens who are Muslim.

It was thought that securitising the refugee issue was part of his campaign to be re-elected in the March 2016 parliamentary elections. Yet, in his first main newspaper interview following these, he still said that there was no place for Islam in Slovakia. In the meantime, he had been hospitalised for a double bypass operation, so there was some speculation that his judgement might have been clouded by returning to work too soon.

Miroslav Lajčák, foreign minister in all three Fico governments, is a highly experienced professional diplomat who has also been EU Representative for Bosnia and Herzegovina and is considered a credible candidate for the office of UN Secretary-General. Smer-SD has tended to recognise its lack of foreign policy expertise and use (largely Moscow-trained) diplomats for key offices.

Many, like Lajčák and European Commission Vice-President Maroš Sefčovič, have been very successful. Although one could question his mediation powers in view of his apparent failure to moderate his own prime minister’s Islamophobic comments, Lajčák generally represents the sound level of competence, professionalism and experience in the Slovak foreign ministry.

Slovakia had a very difficult political path to EU membership in the 1990s, and is – Mr Fico’s recent anti-immigration remarks notwithstanding – more concerned than many countries about its international image.

President Andrej Kiska, a businessman-turned-philanthropist, is an independent with no party affiliation who is less directly concerned with Slovakia’s EU presidency. Although he was directly elected in March 2014, his formal powers are limited, but he is an unusual figure in Slovak politics because he is liked and trusted by both government and opposition supporters.

However, his politics are clearly on the centre-right – he had defeated Fico in a second-round run-off to gain the presidency – and in a ‘state of the republic’ speech to parliament mid-June he came very close to stating directly that the Smer-SD interior minister should resign in the light of corruption allegations.

The opposition parties are less delicate on this matter than the president and have annoyed Fico by planning a second vote of no-confidence in the interior minister during the first week of the Slovak presidency. The four Slovak opposition parties endorse varying degrees of Euroscepticism (two are in the European Conservatives and Reformists, while another contains fascist sympathisers).

It is clear that they would have no qualms about bringing down the Slovak government during the EU presidency. However, although the government looks shaky – it comprises a strange four-party mix of left, right and nationalists – it was formed in March specifically to get Slovakia through the EU presidency safely, so they will be quite tenacious in trying to accomplish this.

The Slovak government has always pointed out that its official programme for the presidency cannot be approved until the day after the post-referendum European Council meeting on 28-29 June, but its five main priorities have been summarised as: economic growth; the Digital Single Market; the creation of an Energy Union; migration; and the EU enlargement process.

While it is likely to deal competently with energy issues (which is the brief of Commissioner Šefčovič) and has always been particularly active in the area of further eastward enlargement, it is the crucial migration issue where doubts are expressed. Slovakia has no experience of either immigration or terrorism. It views both rather narrowly in reaction to recent events, with refugees regarded first and foremost as a terrorist threat.

It has openly stated that the main migration priority is protecting the EU’s external borders and the integrity of the Schengen zone. The overriding concern seems to be preventing immigration into Slovakia, while doing everything possible to protect Slovaks’ own freedom of movement. Underplaying the issue of what happens to refugees is not helpful, but arguably less problematic than it would have been a year earlier.

Some other less favourable factors influencing Slovakia’s presidency might actually turn out to be advantages. Although it has been one of the most vocal anti-refugee voices among the Visegrad Four countries (Czech Republic, Hungary, Poland and Slovakia), this also means that Slovakia could be more effective than older Member States in influencing the others if it moderates its own stance during the presidency.

Also, while Fico’s four-party government looks less stable than the single-party government he ran from 2012 to 2016, it contains a centre-right party representing the Hungarian minority that is likely to moderate nationalist stances. Finally, although Mr Fico and Smer-SD may not look much like a social democratic party compared to their West European partners in the Progressive Alliance of Socialists and Democrats (some of whom would be happy to throw them out), they have never really displayed the illiberal authoritarian inclinations of the right-wing single-party governments that currently rule in Hungary and Poland.

And What About Brexit?

While politicians from all Slovak parties expressed regret at the thought of a UK departure, they showed a fairly sympathetic attitude to the concerns of British voters. Arguably, this understanding would have been more useful to the hundreds of thousands of Slovaks living in the UK back when Cameron was negotiating change prior to the referendum.

The parties have also shown genuine concern about negotiating mutually advantageous future arrangements. It is quite unusual for Slovak political parties to show this much agreement about anything, and maybe bodes well for the success of their presidency.

Dr Karen Henderson is Lecturer and Researcher in the Institute of European Studies and International Relations at Comenius University. Her research has focused on Slovak politics, EU enlargement, Euroscepticism and the impact of European integration on domestic politics.