The UK Government introduced the European Union (Withdrawal) Bill – originally promised as the Great Repeal Bill – in order to give effect to Brexit in domestic law in three (theoretically) simple steps: (1) repeal of the European Communities Act 1972, (2) retention of all currently applicable EU law in domestic law and (3) conferral of new powers to the government to adapt the retained EU law in order for it to work properly in a post-Brexit setting. 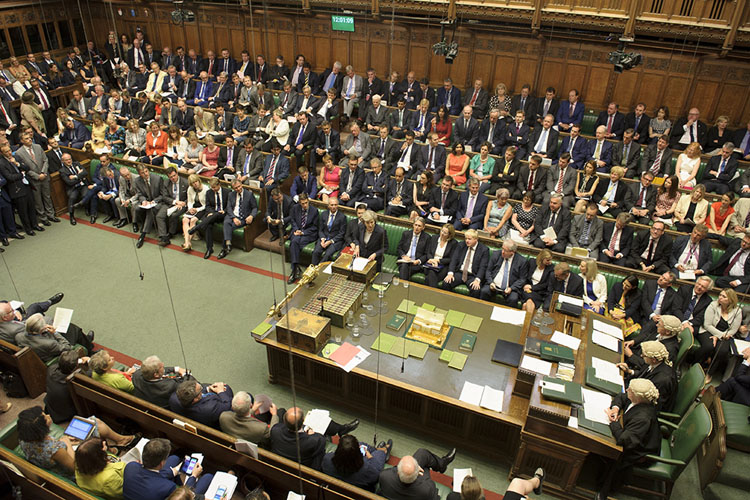 The bill made it through the House of Commons relatively unscathed, with MPs approving only one amendment designed to empower parliament. That amendment made the delegation of powers to the government to implement the EU-UK withdrawal agreement in Clause 9 of the bill ‘subject to the prior enactment of a statute by Parliament approving the final terms of withdrawal of the United Kingdom from the European Union’. This means that, in order to be in a position to implement the withdrawal agreement domestically – which will be necessary – the government will need to seek parliament’s consent.

This clause does not technically restrict the ability of the government to conclude the withdrawal agreement, though the negotiation of an unacceptable agreement might mean that it could not be implemented. At the same time, a refusal by parliament to approve the withdrawal agreement would not bind the government to seek an extension of the Article 50 deadline and renegotiate. The government could instead choose to crash out of the EU without a deal (see more detailed discussions). While this amendment therefore gives parliament some influence, it cannot prevent the threat of a no-deal Brexit.

The EU Withdrawal Bill has since made its way to the House of Lords. So far, the government – which does not have a majority there – has lost votes on a number of amendments to the bill. In addition to the Commons amendment, two of these might potentially shape the outcome of the Brexit process as a whole.

The first amendment concerns the question of whether the UK should stay in a customs union with the EU. Many regard this as a necessary step to solve the Irish border question and to prevent the UK economy from falling off a cliff. This amendment makes the repeal of the European Communities Act – on which the whole bill hinges – subject to the condition that that:

The government was quick to dismiss this amendment as having little bearing on the outcome of the negotiations concerning the future relationship between the UK and the EU. On one view, the government’s argument that this amounted to nothing more than a procedural obligation to update parliament by a given date might seem correct. The government’s statement required by the amendment could, for instance, merely say that it had taken no steps whatsoever to negotiate a customs union because it did not judge this to be a desirable goal. On another view, however, one could argue that this amendment presupposes that the government takes active steps towards a participation in some form of customs union. In the end, the political process may have to determine what the ‘correct’ reading is.

In contrast to the somewhat ambiguous customs union amendment, the second amendment passed on 30 April – number 49, which can be found on first page of this list of amendments – takes a belt and braces approach. Instead of amending an existing clause in the bill as previous amendments did, it inserts an entirely new clause, which puts parliament in the driving seat on key questions concerning the withdrawal agreement. It does so in two interconnected ways.

First, the amendment stipulates that the government may only conclude the withdrawal agreement if ‘a draft has been—

(a) approved by a resolution of the House of Commons, and

(b) subject to the consideration of a motion in the House of Lords.’

This constitutes a considerable toughening of the Commons amendment to Clause 9 discussed above. As explained, that amendment only relates to the internal implementation of the withdrawal agreement, but does not affect the government’s power to conclude it. By contrast, the Lords amendment makes its conclusion contingent on parliamentary approval. This constitutes a strengthening of parliament’s powers compared with the requirements of the Constitutional Reform and Governance Act 2010, according to which a draft treaty must be laid before parliament and can be ratified after 21 days unless one of the Houses objects.

The additional requirement to obtain approval by statute to enable the internal implementation of the withdrawal agreement is also broader than the Commons amendment, in that it goes beyond the activation of the powers granted by the EU (Withdrawal) Bill itself.

Of course, this in itself would still not prevent a no-deal Brexit. This is where the second part of the amendment becomes relevant. It says that:

(a) approved by a resolution of the House of Commons, and

(b) subject to the consideration of a motion in the House of Lords.

This subordination of the government’s prerogative in the field of foreign affairs under parliament’s direction is a rather unusual step. Under the UK constitution’s distribution of powers between the different branches of government, the executive is normally vested with an exclusive power to conduct foreign affairs. It is therefore understandable that the government is not happy with this amendment, even though it was entirely within the sovereign parliament’s powers to pass it.

These conditions show that parliament’s right to direct the government is intended to be used mainly to avoid a no-deal Brexit. It does not go so far as to give parliament a general right of direction in the process of withdrawal. How likely then is it that these amendments will become law?

Once it has received its third reading in the House of Lords – probably in May – the EU (Withdrawal) Bill will go back to the House of Commons. It will then depend on whether the Commons approves the amendments made by the Lords or not. The government does not have an outright majority in the House of Commons, but depends on the votes of the DUP. Altogether, this gives Theresa May a majority of six votes. There are, however, about ten ‘Tory rebels’, but at the same time a few Labour MPs who support Brexit. It is therefore not at all clear which, if any, of the Lords amendments will survive. And we may not find out for a while.

If the Commons makes further amendments, the bill will go back to the Lords, which will then have a chance to put its amendments back in, and so on. This so-called ping-pong can go on for a long time, although the Lords tends to eventually give way to the elected House of Commons. Quite interestingly, the usual way of resolving such disagreement in favour of the House of Commons under the Parliament Acts 1911 and 1949 is not an option. Under these two acts, the House of Lords can only prevent a bill from becoming law for one session of Parliament, which usually lasts for one year. However, the current session lasts for two years and will end after 29 March 2019, when Brexit is supposed to have happened and the legislation implementing it must be in place.

For this reason, it would perhaps be premature to conclude that parliament is now fully in charge of the Brexit process. What the amendments show, however, is that parliament can assert control if it chooses to do so.