Local government in Scotland is greatly affected by the EU, with regulations and targets to implement that involve large compliance costs far outweighing any EU funding, writes Serafin Pazos-Vidal. He argues that the debate on the UK’s EU membership brings an opportunity for important EU reform to involve local government better in EU decisions both at national and European level. 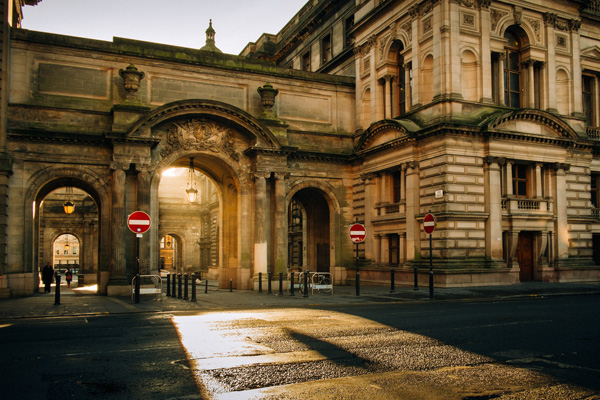 The coming months will see a deluge of discussion over the UK’s continued EU membership, including in Scotland. Each side of the argument will likely be as passionately defended as was the case during the Scottish referendum.

Much of the debate will focus on high-level issues such as the future of financial services, access to the European market and legal and ideological arguments about national identity and parliamentary sovereignty. However, the UK and Scottish debates belie a much wider game that is currently being played on the larger agenda of ‘EU reform’.

The UK’s EU referendum and EU reform are connected, as the UK renegotiation opens a window of opportunity to reshape the way the EU institutions work and potentially for limited treaty change.

It comes as no surprise then that other national governments – notably the Netherlands, but also Denmark, Finland and certainly France – have quite publicly announced their own wish lists. Nor is it a secret that the European Commission, the European Parliament and (important to local government) the EU Committee of the Regions have been quietly putting together their own proposals.

COSLA, Scotland’s cross-party national and international voice of local government, cannot take a stance on the issue of the UK referendum. However, it can do so on the issue of EU reform. Indeed, a number of proposals were agreed by the full Convention in June 2014, which have since been put forward in a range of domestic and EU consultations, such as the Scottish Parliament’s EU referendum inquiry.

What’s in It for Local Government?

It is understandable that some might think the EU too ‘high level’ and remote to be of interest of local authorities, beyond EU funding opportunities. The reality is far more complex. Scottish local authorities are very large (indeed the largest) compared with their European counterparts, and many of their areas of competence are impacted by EU legislation.

For example, the rules which determine how councils can share services with each other are set out in the 2014 EU Procurement Directives. Even the very definition of a local public service is not set by local authorities or national law. This definition comes from the EU treaties, EU legislation and EU case law on Services of General Interest.

The Zero Waste Scotland plans are the most ambitious in Europe. However, they can be changed or even postponed by ministerial decision. In contrast, the equally ambitious EU Circular Economy legislation to be tabled this December will be legally binding in its entirety, and failure to comply may result in heavy fines for the councils concerned.

In other words, any EU funding that councils have received over the past 30 years has been dwarfed by the much larger compliance costs from EU legislation and the targets set for councils at EU level. Reforms to the EU need to ensure that EU legislation is drafted in a way that makes sense for councils.

What Needs to Change?

The current EU settlement has a number of weaknesses from the perspective not just of Scottish local government, but across all local government in the EU. Some of these issues must be addressed at EU level. Others concern how EU issues are handled domestically.

At the EU level, the main concern is the application of the EU principle of subsidiarity. In 2009, the Lisbon Treaty introduced the principle of local self-government, with the expectation that the EU institutions would respect it. In practice, subsidiarity is poorly understood and inadequately applied.

EU experts know that subsidiarity (originally introduced by the Maastricht Treaty in 1992) is meant to protect devolved and local government from excessive EU interference, with the refrain that ‘decisions should be taken at the lowest possible level’.

However, the treaty in fact says something different. Article 5(3) of the Treaty on European Union reads:

… the Union shall act only if… the proposed action cannot be sufficiently achieved by the Member States, either at central level or at regional and local level, but can rather, by reason of the scale or effects of the proposed action, be better achieved at Union level.

In other words, scale and efficiency trump proximity and local accountability.

This gap between what subsidiarity is meant to be and how it is defined in the treaty is routinely exploited by the European Commission to argue that actions are always better done at EU level. One only needs to look at any explanatory memorandum attached to a draft piece of legislation.

The new Juncker Commission, in particular First Vice President Frans Timmermans (former Dutch Foreign Minister and EU reform champion), vowed that the Commission would embrace subsidiarity and that the EU should be ‘bigger on the big things and smaller on the small things’. Even they have found it difficult to escape old habits.

For instance, the new EU Better Regulation package is designed in part to implement this new view that local government is a competent level of government in its own right. On inspection, the plans to do this are very weak.

Recently, the Commission and Parliament have started unilaterally labeling local government as a ‘stakeholder’ – in other words, equating local government with lobbyists. This approach is very controversial and some argue it breaches both the EU treaties and several national constitutions.

At the domestic level, the UK and Scottish Parliaments and Governments are lacking in how they involve local government in the formulation of national EU policy, parliamentary scrutiny and the subsequent application of EU law. In these areas, the UK compares poorly with countries like the Netherlands, Denmark, Finland and Sweden.

Councils in these countries (broadly similar in size and remit to Scottish local authorities) enjoy a structured relationship with their governments and parliaments on EU issues directly concerning them. In both London and Edinburgh, old Westminster habits lead to (at best) ad hoc, case-by-case engagement.

Paradoxically, Scottish councils in theory have a clearer recognition of their role in EU policymaking via the EU Policy Statement attached to the Localism Act 2011 than through any provisions in Scotland, where the situation is much more tentative.

Many people may regard the forthcoming EU debate with degrees of uncertainty apprehension. For local government, however, it could be the opportunity to address longstanding issues about its role in the EU.

The author writes here in a purely personal capacity.

Serafin Pazos-Vidal is PhD Candidate in EU Multi-Level Governance at the Universidad Nacional de Educación a Distancia (UNED). He is also the Head of Brussels Office of the Convention of Scottish Local Authorities (COSLA).