Following this month’s EU court ruling on voting rights for prisoners, Piet Eeckhout situates the judgement in context and assesses its consequences for the UK. In so doing, he explores the relationship between EU law and the European Convention on Human Rights, suggesting that, even when states attempt to avoid difficult ECHR rulings, they may encounter them again through EU law with significantly less room to manoeuvre. 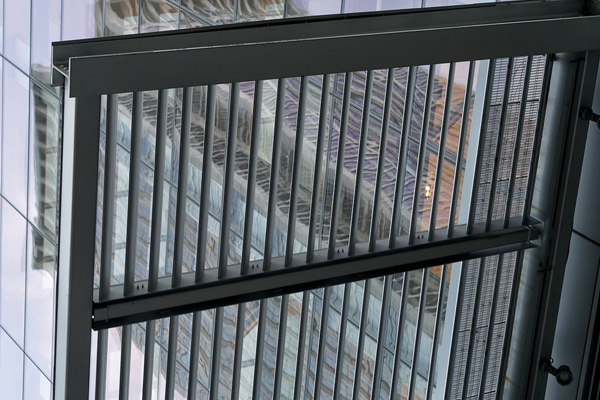 Recently, the EU Court of Justice delivered a judgement on prisoner voting. In the UK, the prisoner voting saga is well known. UK legislation bans all convicted prisoners from voting in general, European and municipal elections. There is no minimum threshold, other than serving a prison sentence, and the voting ban is lifted upon leaving prison. It is an automatic effect of being convicted, not an individually tailored punishment for certain types of criminal behaviour.

Ten years ago, the European Court of Human Rights decided in the Hirst case that this generalised, automatic voting ban is a breach of the fundamental right to participate in free elections, as articulated in Article 3 of Protocol 1 to the European Convention on Human Rights.

The Court found that, although there is great variation throughout Europe in the disenfranchisement of prisoners, the UK ban was too general and indiscriminate to pass muster. The Court generally recognises that states have a ‘margin of appreciation’ to determine limits to fundamental rights, but in Hirst, and in cases which followed, it found that the UK’s legislation was outside any acceptable margin.

This Strasbourg case law has become a preferred target for the Strasbourg-sceptics in UK politics and public debate, who see it as a prime example of the European Court of Human Rights extending the Convention far beyond what was originally intended, and meddling in issues which are best left to national democratic politics.

The UK government and parliament have been dragging their feet when it comes to implementing these Strasbourg judgements. Prime Minister David Cameron has himself said that the idea of prisoners voting makes him physically sick.

The UK courts are not, on their own, in a position to accommodate prisoners’ voting rights under the Convention. The Human Rights Act, which implements the Convention in national law, does not allow them to override parliamentary legislation. Nevertheless, the UK Supreme Court has accepted the Strasbourg case law in Chester and McGeoch. The justices are clearly not as outraged as the Prime Minister and many in the Conservative Party.

Of course, the UK could free itself from this unwelcome Strasbourg interference by simply withdrawing from the Convention. Before last May’s general election, it often looked like a Conservative government would try to do just that. Now, however, it is less clear whether any radical reform of human rights policies is on the cards.

Be that as it may, there is now another European court which has put its foot in the door. Earlier this month, the EU Court of Justice decided in Delvigne to follow in the footsteps of the Strasbourg case law when it comes to voting bans for European Parliament elections. The case involved a French convict, but the principles which the Court established extend to all EP elections, including those in the UK.

The lesson is that, even if you manage to keep the Convention out of your front door, it will creep in through the backdoor of EU law. Why is this the case? To start, the EU has its own binding Charter of Fundamental Rights (CFR). In short, the Charter is a copy of the European Convention with a number of add-ons (such as a range of social and economic rights).

There is however an important difference with the Convention. Unlike the Convention, the EU Charter is not generally binding on the EU Member States. Instead, it only binds them when they implement EU law (Article 51(1) CFR). That is a crucial limitation, and one whose application is not straightforward. Ultimately, it is for the EU Court of Justice to determine in which instances the Charter applies.

The Delvigne decision is a prime example of the indeterminacy of the ‘implementation’ requirement in EU law. The Charter contains a provision on EP elections, but it only states the principle that MEPs ‘shall be elected by direct universal suffrage in a free and secret ballot’. There is no uniform EU-wide procedure for elections to the EP, and a 1976 Act (part of the EU’s treaty norms) does no more than leave the question of the franchise to national law, whilst at the same time confirming the requirement of direct universal suffrage.

Nevertheless, the Court of Justice decided that, in determining the franchise, the EU Member States must respect the Charter. In effect, it has interpreted the Charter requirements in accordance with the Strasbourg case law – even if it did not expressly refer to that case law.

For UK purposes, the crucial point in Delvigne is that the Court of Justice said that there must be a degree of proportionality between the seriousness of the crime or its punishment and a prisoner’s disenfranchisement. Clearly this means that the general, automatic and indiscriminate disenfranchisement of all prisoners does not comply with the EU Charter. For EP elections, some convicted prisoners can be disenfranchised, but not all of them.

There are now two bail-out cards for UK prisoners seeking to vote. At least in principle, the EU card is a trump. The fact that UK legislation does not provide for this EU requirement is not an issue, unlike the Convention and the Human Rights Act mentioned before. Under the doctrine of primacy, EU law prevails over any inconsistent national law. All UK courts are under an obligation to ensure that any rights under EU law are respected.

It will be interesting to see how this issue plays out. The Court of Justice judgement definitely puts further pressure on the UK to amend its prisoner voting ban. Nevertheless, the prisoner voting saga is but a proxy for a much wider point.

Such circumstances would lead to very awkward legal distinctions. For example, that state’s citizens would not have certain rights (because their case would not be covered by EU law), but migrant workers from other EU Member States would have those rights by virtue of the Charter and of being within the scope of application of EU law. It would result in a paradoxical situation in which EU citizens living in that country would have greater human rights entitlements than its own citizens!

The result is that the UK government’s European policy is constrained – imprisoned even. On one side, the European Convention and EU membership cannot be easily separated. On the other, European judgements – be they delivered in Strasbourg or Luxembourg – must be respected and implemented.

Prof Piet Eeckhout is Professor of European Union Law at University College London. His expertise rests in EU law and international economic law. He is Co-Editor of the Yearbook of European Law and of the Oxford EU Law Library and he is an Associate Academic Member of Matrix Chambers, London.