Considering that the UK’s EU referendum produced a result to leave the European Union, it might be anticipated that Eurosceptic movements will only grow stronger in the aftermath, writes Cleo Davies. However, she argues that, in the European Parliament, the departure of UK MEPs will in fact weaken all of the Eurosceptic right-wing groups, leaving them with fewer members and reduced influence. 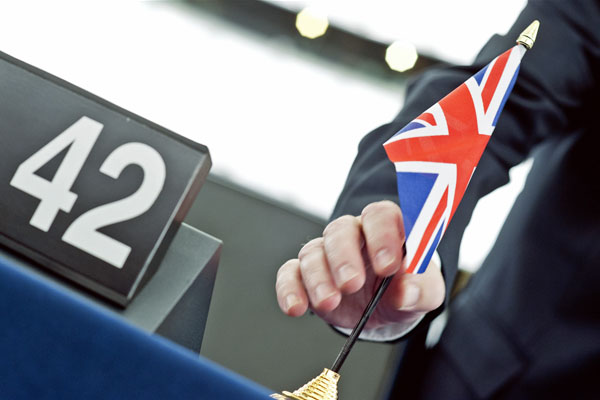 In a twist of fate, the UK’s exit from the EU will substantially weaken Eurosceptic voices in the European Parliament (EP). The two most right-wing, Eurosceptic political groups will face significant challenges in maintaining their group status, and the third most could be substantially weakened when British Members of the European Parliament (MEPs) leave.

Political Groups in the European Parliament

There are currently eight political groups in the EP. On a political spectrum from left to right, GUE/NGL represents the far-left (52 MEPs). The Greens and Regionalists (50) are followed by the centre-left Social Democrats, the second largest political group in the EP (189). The centrist Liberals (ALDE) are next (70), following which is the mainstream centre-right political group (EPP), the largest in the EP with 215 members.

Finally, three parties sit further to the right on the political spectrum and are all Eurosceptic. The European Conservatives and Reformists (ECR) group, situated on the centre-right/right, was spearheaded by the UK Conservative Party (74 MEPs). The last two groups, moving further to the right, are the Europeans for Freedom and Democracy (EFD), led by UKIP (46), and the Europe of Nations and Freedom (ENF), anchored by the French National Front (39).

Under present circumstances, these three right-wing, Eurosceptic groups would lose political power, funding and strategic importance in the EP upon the departure of British MEPs. This reflects the fact that the majority of the UK’s 73 MEPs are either Conservative or UKIP.

The advantages of being part of a political group are threefold: funding to create a secretariat, funding for extra political and administrative staff to support the political group’s legislative work, and the opportunity to obtain decision-making or leadership positions in the Committees of the European Parliament.  In order to qualify, a group must have at least 25 MEPs, elected from at least one quarter (currently seven) of the EU’s Member States.

Impact of the British Delegations’ Departure

In the current configuration, the EFD and the ENF would no longer fulfil the requirements for a political group. The ECR would also be substantially weakened without its British MEPs. Without UKIP, the EFD will lose 22 of its 46 members Although it would still have members elected from exactly seven Member States, it would only have 24 MEPs. The EFN would only have six countries represented when it loses British Independent MEP Janice Atkinson.

The ECR will inevitably be weakened without its founding member and largest delegation. It will lose 21 members and shrink from 74 to 53 MEPs. It would also face a leadership void – only four other delegations have three or more members: Danish People’s Party (3 MEPs), Flemish Nationalist Party (4), the German Eurosceptic Alliance for Progress and Renewal (4) and the Polish national-conservative Law and Justice Party (16).

The remainder are mostly single-member delegations from a further thirteen countries. That leaves a lot of voices to be accommodated, in what is a mixed bag of individual nationalists and Eurosceptic MEPs, as the group reorients itself. No other country could have such an impact on the political clout of Eurosceptics in the EP through its withdrawal from the EU as the UK.

Is the UK So Eurosceptic?

After the result of the EU referendum, many may argue that the predominance of Eurosceptics British MEPs is not surprising. However, we must be cautious. The UK also has a number of pro-EU MEPs, including Labour, the Greens, SNP and the single Lib Dem MEP. Their departure will also be felt in their respective groups.

The Socialists and Democrats (S&D), in particular, will lose one of their largest and most influential delegations, reducing from 189 to 169 MEPs. It will also lose ground to its most important rival, the EPP, which counts 215 MEPs and none from the UK (and therefore none to lose).

We must also take into account the low turnout in the UK at the last European elections, in June 2014 (35.60 per cent). The fact that this figure was far from being the lowest, and that overall average turnout was 42.61 per cent, is deeply concerning. It speaks volumes about the level of engagement of European citizens with their democratically elected institution. Nine other countries had lower turnout rates, with Slovenia at the bottom of the table (13.05 per cent).

Perhaps more important, however, is that lack of knowledge amongst British voters about the European Parliament and MEPs impacts their views. Research on perceptions of the EU, published several weeks before the EU referendum, highlighted that only 6 in 10 people know that MEPs are directly elected by the citizens of each Member State.

Nearly one in five (18 per cent) thought that MEPs were not elected and a quarter (25 per cent) said they didn’t know whether they were or not. Furthermore, just 5 per cent could correctly name at least one of the MEPs representing their region. This is much lower than the number who could name their local MP (41 per cent).

Euroscepticism, protest votes and indifference about the EU exist in all Member States. Low voter turnout, and an overall lack of interest and knowledge about European elected representatives and their work, plays into the hands of more anti-European rhetoric in all parts of the EU.

Cleo Davies is PhD Candidate in Politics at the University of Edinburgh. Her research interests include European integration, the politics of financial market supervision/regulation and International Political Economy.