Following the US elections, American foreign policy in Europe is set to enter a period of unpredictability, writes Anthony Salamone. He argues that the US government’s approach to Europe could vary from inert policy stability to more dramatic change in policy and priorities, and that the Trump presidency could be the first administration not to actively support European integration. 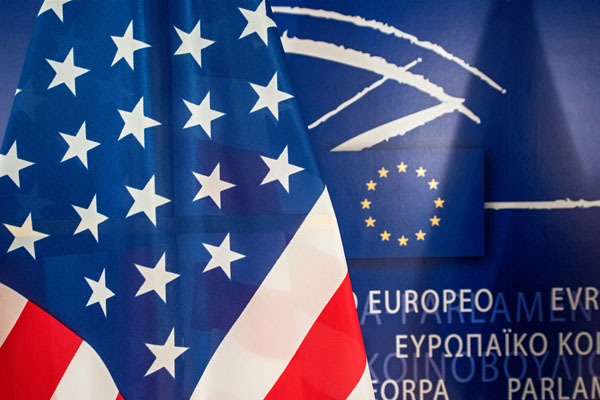 The historic victory of Donald Trump in the US 2016 presidential election has been readily compared with the UK’s vote to leave the European Union – a ‘Brexit effect’ that some would suggest to have emanated from the UK, migrated across the Atlantic and impacted on the US. The notion that the UK has that much influence on the US, or the world more broadly, is rather bemusing. However, a similar kind of self-styled populist, anti-establishment surge has clearly manifested itself in both contests.

At a moment when Europe faces so many critical challenges, the incoming Trump presidency will, for now at least, bring even more uncertainty into the environment in which those challenges play out. In the first instance, it is not especially clear what his positions will be on key areas of Europe/EU-US relations – on the shape and credibility of the NATO alliance, on the future of TTIP (which was already precarious) or even free trade in general, on relations with Russia (and by extension the situations in Ukraine and Syria).

Foreign policy did not play a pivotal role in this election (nor did many issues, in what was a strongly personality-driven campaign). Moreover, many of the conventions associated with US presidential races were upended. For instance, after winning the party primary contest, candidates typically pivot from a party-focused agenda designed to win over party loyalists to a broader message intended to appeal to moderate independents and undecided voters who usually swing the balance, particularly in battleground states. Trump did not make such a pivot – nor, evidently, did he need to in order to win.

Consequently, his positions on issues did not substantially moderate during the general election campaign. The question then becomes whether they do so in the transition to and then in office. Power and responsibility can often exert a moderating influence on radical leaders and their ambitions – but this has not been an election of rules and norms, and the immediate US political environment could well be similar.

Despite the progressive accrual of power to the Executive Branch in recent decades, the success of a president still depends on his/her relationship with Congress. At first reading, the Republican majorities in the House and Senate would seem to make a Trump agenda easy to deliver. However, Congress values its own power and influence – ideological differences between Trump and ‘traditional’ Congressional Republicans will be relevant, as well – and it is not a rubber-stamping institution. Even if the executive has relatively more freedom to act in foreign policy, trade deals (if there are any) still have to be ratified and spending plans for foreign affairs and defence still have to be approved.

The fear in Europe would be that the US (or at least its government) will trend towards protectionism, introspection and small-mindedness – at a time when others are moving in that direction, and the US was meant to be a champion of global engagement and shared values. Europe and its concerns could potentially be neglected or forgotten, as other issues take priority or as the Trump presidency focuses more on persona and spin rather than substance (following the style of his campaign).

It is also possible that instead there is a great deal of delegation to others – to the Vice President or the Secretary of State, for instance. Alternatively, there could also be a prolonged policy inertia, in which little change in the US government’s positions is matched by an absence of action (minimal progress, but minimal regression). Combined with the fact that most presidents make or keep themselves popular (and build up a chance of winning a second term) by succeeding on domestic issues, rather than foreign policy, the capitals of Europe certainly have genuine cause for concern.

With the Republicans in control of the White House and both houses of Congress, the Democrats’ only glimmer of hope is that the Republicans do not have a supermajority of 60 seats in the Senate, with which it is much easier to get things done. The checks and balances of the US political system are also mentioned as a limitation on the use of power. While it might be more difficult to imagine how institutions run by the same party might check each other, the substantial powers reserved to the states could result in multi-level political battles. Depending on how radical new proposals are, it is hard to imagine that those in opposition will simply stand by. Confrontational politics could begin to take a whole new dimension.

Following the result, Donald Tusk and Jean-Claude Juncker have called for a high-level EU-US Summit to begin to map out how both sides will work together. Donald Trump may not be in so much of a rush to meet with the EU’s leaders. Considering his support for Brexit (which could impact future UK-US relations), perhaps he is not as keen on European integration as other US presidents have been.

Other European leaders have been equally reserved in their comments on Trump’s victory. It was noteworthy that Angela Merkel’s statement was structured around the argument of cooperation based on values. The day when a German Chancellor feels the need to remind a US President-elect about democratic values is one many would not have expected to come to pass.

From upheaval to little change, from neglect to delegation, US foreign policy in Europe could take many different shapes under the new presidency. For now, Europe (and everyone else) waits to see the look of the new administration and the development of its priorities. Many Americans are often surprised at how US politics, even on ostensibly ‘domestic’ issues, is observed so intently around the world. It clearly goes beyond general interest – the US is an essential global actor and what happens internally affects its external approach to the world. Europe may well see a different America – or, moreover, an attempt to construct a different America – in the years ahead. With all the other challenges it faces, such change could be the last thing Europe wants, or needs.