China and other major developing countries will play an increasingly important role in global climate negotiations, writes Feng Cunwan. He suggests that, although China has recently adopted a number of measures to step up its approach to addressing climate change, the differences on policy and worldview between China and the EU are significant obstacles to their cooperation in Paris, and ultimately to reaching a meaningful deal. 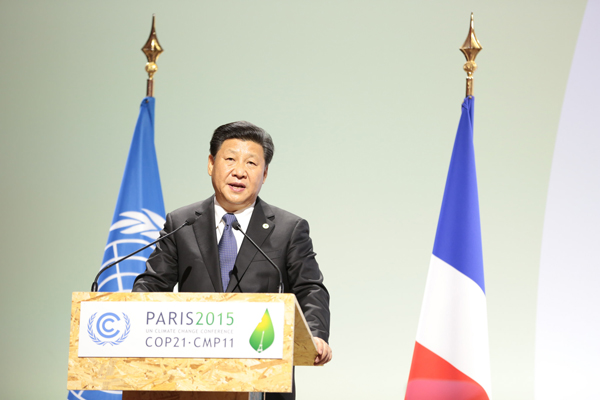 Since the end of the 20th century, international attention has focused on the issue of global warming, later adjusted to climate change. Despite more than 20 years of international negotiations under the UN Framework Convention on Climate Change, the world has yet to implement a single and effective global arrangement that every country can agree on to contain greenhouse gas (GHG) emissions.

In 2009, the pledge from leaders to reach an agreement at the Copenhagen climate conference worthy of ‘the most important international summit since the Second World War’ ended with diplomatic zero. At Copenhagen, the EU and China had a number of high-profile disputes and the EU criticised China for not working together at such a critical point. In fact, China objected to almost every issue raised by the EU, insisting that, as a developing country, it could not commit to reducing GHG emissions beyond its capability.

In the six years since the disappointment of Copenhagen, where China was seen by the West as largely impeding a binding agreement, Beijing has changed its climate policies at home and abroad. This time, China is bringing a raft of ambitious commitments to the negotiating table in Paris. Nevertheless, it remains unclear whether China will follow the track set by the EU and cooperate with it.

Looking at China’s own climate policy may help us gauge that possibility. China has been the world’s largest GHG emitter since 2006. Under the 2009 Copenhagen Accord, Beijing pledged to reduce its emissions by 40-45 per cent from 2005 levels by 2020. China’s strong approach on the issue of GHG reduction is a reflection of politics in the national elite, but this does not mean that it will not take its international responsibilities and domestic demands into account.

As its top climate negotiator, Xie Zhenhua, has stated, China’s economy and its constant pursuit of stability are important factors in the government’s plans. The argument runs that, with the largest population in the world and extensive demands for employment, China should make economic growth and stability its primary and exclusive objectives. Radical proposals for big reductions in emissions would sabotage economic development.

In fact, alongside its economic growth and its approach to climate change, China has increased its efforts in climate governance and begun to take significant steps to address this global issue. Examples from the recent national development plan can illustrate this shift. China’s twelfth five-year plan, covering 2011-2015, spelt out a number of reforms to domestic energy and climate policies.

The headline targets were to reduce energy intensity by an additional 16 per cent, and carbon intensity by 17 percent, by 2015. In October 2011, China announced its intention to establish seven pilot carbon trading systems in five municipalities and two provinces across the country. In a joint announcement with the United States in November 2014, China set out two new goals: peaking greenhouse gas emissions by around 2030, and increasing non-fossil fuel sources to 20 per cent of total energy by 2030.

China later included these two goals in its Intended Nationally Determined Contribution (INDC) to the new international climate agreement under negotiation in Paris, along with the aim of reducing carbon intensity by 60-65 per cent below 2005 levels by 2030.

On 25 September 2015, Chinese President Xi Jinping announced a plan to launch a nationwide cap-and-trade program in 2017, covering power generation, iron and steel, chemicals, building materials including cement, paper-making and nonferrous metals. This comprehensive list serves a sign that China is taking bolder steps to address the climate issue, and these moves have been acknowledged by the EU as great progress.

In particular, in a joint statement released several weeks before the Paris summit during François Hollande’s state visit to China, China and France declared that progress should be reviewed every five years in order to ‘reinforce mutual confidence and promote efficient implementation’. This was regarded by France as a positive step and good for momentum toward achieving a binding agreement at the climate change conference.

Despite these steps by China, it remains uncertain whether it will cooperate fully with the EU in Paris. All these policies mentioned are rooted in China’s own national interest and reflect its willingness to act. In fact, most of the disputes from Copenhagen remain unresolved and they could still cause deadlock in the talks.

A recent gathering held in China points to the centrality of developing countries to any deal. The day after a UN report highlighted the inadequacy of countries’ action plans on global warming, Brazil, South Africa, India and China (the so-called BASIC countries), urged rich nations to revise their emission targets to keep the rise in average global temperature below 2 degrees Celsius by 2100.

They also called on developed countries, the EU and its Member States included, to ‘honour their obligations to provide new, additional, predictable and adequate financial resources to developing countries in a measurable, reportable and verifiable manner’. This confidence notwithstanding, it is unlikely that the EU will increase its funding and technology transfer enough to satisfy the need from developing countries.

Overall, China’s recent efforts on climate change, however acceptable to and welcomed by the EU, are no guarantee that the EU and China can find common ground. China’s view of the world remains vastly different from the EU’s, a gap which the EU will likely find challenging to bridge.

Dr Feng Cunwan is Associate Professor of International Relations at Wuhan University and currently Visiting Research Fellow at the Edinburgh Europa Institute at the University of Edinburgh. His research focuses on EU-China relations and EU climate and environment policy.