The return of powers from the EU post-Brexit is often linked to an assumption that there will be consequential further devolution for Scotland, writes Mark Lazarowicz. He questions this view and suggests that the indications from the UK Government are that it may well adopt a more deliberative approach to the transfer of powers from the EU. 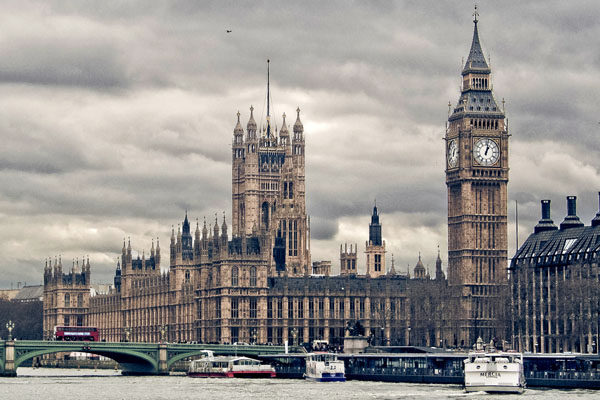 Many people have assumed that one side effect of Brexit will be that the powers currently devolved to the Scottish Parliament and Government will be enhanced. That is because many, perhaps even most, of the powers which are currently exercised by the European Union cover areas of governmental activity which are not specifically ‘reserved’ to Westminster by the founding legislation of Scottish devolution, the Scotland Act 1998, in its current form.

At the moment, the Scottish Parliament cannot legislate in a way which is incompatible with EU law. After Brexit, therefore, on the reasonable assumption that the Scotland Act 1998 will be amended so as to remove that requirement for compatibility with EU law, it has been suggested that those powers currently exercised by the EU, and which are not reserved to Westminster, will then be exercised by the Scottish Parliament and Scottish Government.

This would indeed mean a major enhancement of devolved powers, if that were to happen. Indeed, that potential for a devolution ‘windfall’ as a result of Brexit was held out by some ‘Leave’ campaigners in Scotland as another argument in support of their case, one which would be particularly attractive to nationalists and enthusiasts for ‘devo-max’.

That conclusion is only valid, however, if nothing is done to prevent those current EU powers in non-reserved areas from devolving by default to Scotland. I do not believe that it can be assumed that will be the case.

If the UK Parliament, as part of the UK government’s ‘Great Repeal Bill’ measure decides it wishes to amend the Scotland Act to specify that all, or some, of the powers returned from the EU will be reserved to Westminster, it has the power to do that. The UK government might regard such a step as a transitional measure to put in place whilst it undertakes the massive task of gradually deciding which EU law to keep in domestic UK legislation.

It could take the view that, as there was no serious suggestion at the time of the establishment of the Scottish Parliament that the UK would ever leave the EU, a more fundamental reassessment would need to be taken of the balance of powers between Westminster and the devolved administrations, if the EU is no longer part of the picture.

After all, given that the devolution settlement of 1998 would have been unable to transfer existing EU powers (as it would have been against EU law to do so) to the Scottish Parliament and the other devolved assemblies, it might be argued that it was in no one’s mind in 1997 that these bodies would ever exercise the powers which had been transferred to the European Communities almost a quarter century earlier in 1973.

Will the current UK government decide to ‘re-reserve’ to the Westminster Parliament powers in all or some of the areas where the EU currently has the power to make laws – or will it allow all these powers to move seamlessly to the devolved legislatures?

We don’t have a clear idea yet, as with much of the detail of the path which the UK will travel towards Brexit. But the UK government’s recently published Brexit White Paper certainly suggests that complete onward devolution to the devolved legislatures and governments of EU competences is not at all what it has in mind. Para 3.4 of that White Paper says:

3.4 This has meant that, even in areas where the devolved legislatures and administrations currently have some competence, such as agriculture, environment and some transport issues, most rules are set through common EU legal and regulatory frameworks, devised and agreed in Brussels. When the UK leaves the EU, these rules will be set here in the UK by democratically elected representatives.

But, note, what is said is that these rules will be set ‘here in the UK’ by ‘democratically elected representatives’. Those could of course be MSPs, or their counterparts in Wales and Northern Ireland – but that could equally well mean MPs at Westminster. And the next paragraph goes on to say:

3.5 As the powers to make these rules are repatriated to the UK from the EU, we have an opportunity to determine the level best placed to make new laws and policies on these issues, ensuring power sits closer to the people of the UK than ever before. We have already committed that no decisions currently taken by the devolved administrations will be removed from them and we will use the opportunity of bringing decision making back to the UK to ensure that more decisions are devolved.

The wording is significant. The UK will ‘have an opportunity to determine the level best placed to make new laws and policies’. That could clearly be the UK Parliament, rather than the devolved administrations. Furthermore, the commitment is only that ‘no decisions currently [my emphasis] taken by the devolved administrations will be removed from them’. All that is said for the future is that ‘we will use the opportunity…to ensure that more decisions are devolved’.

These paragraphs certainly don’t suggest a firm and unqualified intention to give Scotland all the powers currently exercised by the EU in areas which are currently not reserved to the UK under the 1998 Scotland Act. It sounds much more like a hint the UK government at the very least wants to consider the implications carefully before transferring those powers on to Scotland when they return to the UK from the EU.

Mark Lazarowicz is an advocate, with experience in administrative law, reparation, immigration and other fields of public law. He was Labour MP for Edinburgh North and Leith (2001-2015), focusing on environmental, energy, climate change, financial services and constitutional issues.