As part of the Imagine Europe project, Clare Llewellyn and Laura Cram analyse the EU referendum debate on Twitter following the vote for the UK to leave the European Union. They note that, although the Remain campaign increased its presence on Twitter in the latter stages of the contest, the Leave campaign was stronger on Twitter throughout the debate. 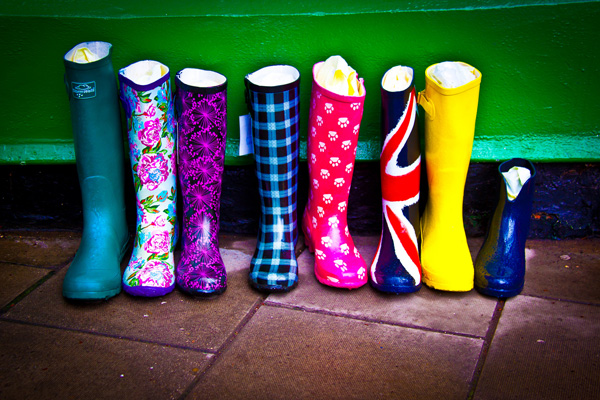 The results are in and the UK has voted to leave the EU.

The results are in and the UK has voted to leave the EU. pic.twitter.com/VO499zmb42

Up to the minute results for the 2016 EU Referendum from BBC News.

All the way through the campaign, Leave supporters had a much more visible presence on Twitter. This balance shifted somewhat towards the end of the campaign, with pro-Remain tweets becoming more frequent during the latter stages, but the sentiment always indicated a likely Leave result.

Remain supporters mobilised on Twitter in the final stages, as they realised that Brexit was indeed possible, and that the Leave campaign seemed to have the momentum, but the volume of people motivated to tweet in favour of Remain never achieved the level of Leave.

Remain sentiment reached an all-time high on Referendum Day itself (up to 38.5 per cent from a regular 3-5 per cent in August 2015). Twitter picks up, and likely amplifies, the extremes of debate – so, unsurprisingly, the actual referendum results were less extreme than the proportions we were seeing on Twitter.

Our analysis shows on Twitter those wanting to Remain never quite caught those who wanted to Leave. #EUref #UKandEU pic.twitter.com/p8wOKYsE1m

Our unique longitudinal data set allows us to compare and contrast the way that the official campaign groups use Twitter, as compared with the wider public in the Twitter stream, and to begin tracking the trends in Twitter behaviour, including the use of hashtags. Tweeters are typically highly motivated and perhaps those who see themselves as the underdogs in the debate. Salience, coherence and intensity are key to motivation.

Leave as a campaign were faster out of the gates on Twitter and dominated even when at a lower ebb in opinion polls. Leave continued to be stronger on Twitter, throughout the campaign. This likely reflected the intensity of motivation for those in favour of Leave.

Despite very public splits in the Leave camp, there has been an impassioned commitment from Leave supporters to their cause, and a shared anti-establishment position, that is clearly deeply motivating and highly salient to those individuals. It appears from the referendum turnout that this cause had also motivated those who do not typically vote and often feel unheard in the current political system.

The Remain campaign got off to a much slower start on Twitter and never really caught up. Despite the greatly improved presence of the official StrongerIn campaign on Twitter, it never attained the degree of impact on Twitter achieved by Leave. The picture is of a much less motivated public. This may reflect the lack of a positive cause to rally around. Early discussions around the renegotiation of the UK’s deal with the EU inevitably focused on its current shortcomings.

Latest Tweets from Stronger In (@StrongerIn). Britain is stronger, safer and better off in Europe. Don’t sit on the sidelines – be part of the campaign to secure Britain’s future in Europe

The smaller proportion of pro-Remain tweets compared with pro-Leave may be explained by this lack of intense impassioned motivation to champion the cause of EU membership. Early on, any bumps in Remain support were clearly event-related – for example, in response to David Cameron’s letter to Donald Tusk in October 2015 and when the UK’s ‘new settlement’ with the EU was announced in February 2016.

However, by the end of the campaign, we saw a solid 20-30 per cent of Remain tweets. The late increase in pro-Remain tweeting appears to have reflected the greater pressure that Remainers felt under in the latter stages of the campaign and their increased motivation to vocalise support – with Twitter acting as the medium of the underdog.

Examining patterns in the Twitter debate also tells us the topics that those motivated to tweet spontaneously associate with the debate on the EU referendum. This allows us to explore how the EU referendum is being linked with other issues. We can also begin to break this down geographically, allowing us to examine how the different nations within the UK are tweeting about the EU referendum.

Scotland, although strongly Remain in the final referendum vote, had a higher proportion of Leave voters than many anticipated. This Leave presence was visible in the Twitter sentiment for Scotland. It is also notable that two of the top twenty hashtags used by those in Scotland motivated to tweet on the EU referendum were #indyref and #indyref2. As First Minister Nicola Sturgeon has confirmed in her statement from Bute House, the option of a second independence referendum is now firmly on the table.

Twitter analysis has strengths and weaknesses. Twitter users are not representative of the wider public – they are self-selected users, not those chosen on the basis of careful sampling by opinion pollsters. Twitter users tend to be highly motivated (with an axe to grind), younger than average (though not exclusively young) and are likely more often male when engaged in political debate. So any insights are partial.

That said, Twitter is a reflection of spontaneous, motivated behaviour – it helps us to see where those highly motivated individuals position themselves in relation to the debate, what appears to provoke peaks in motivated activity and also the overall trends in these vocal and active publics. In this case, it has correctly echoed the results.

It is tempting to be drawn into headline-making statements, such as ‘tens of millions’ of tweets have been issued on the EU referendum, but it is important to remember that 500 million tweets are sent daily (around 6000 tweets per second). Our unique collection method allows us to put the Twitter debate on the EU referendum into a more meaningful perspective.