As part of the Imagine Europe project, Clare Llewellyn and Laura Cram explore the strengths and limitations of using hashtags to determine sentiment in Tweets on the UK’s EU membership. 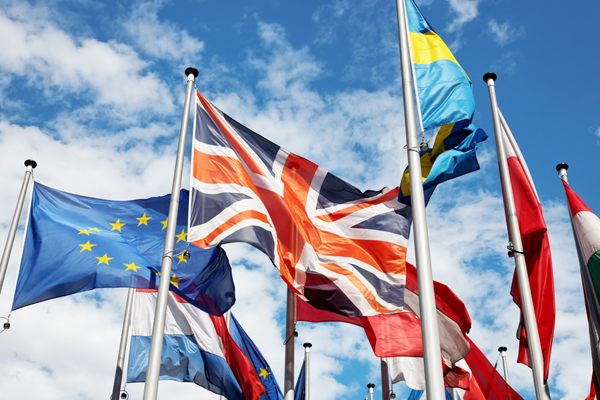 In this article, we use our Imagine Europe dataset to analyse the sentiment of hashtags in Tweets on the UK’s EU membership. We look at sentiment in general and, in particular, the difficulty in measuring it. In previous articles, we have discussed in detail the hashtags used by groups campaigning for the UK to either remain in or to leave the European Union (@StrongerIn, @vote_leave, @LeaveEUOfficial).

Getting the Message Across in the Twittersphere: How Remain and Leave Camps Use #Hashtags (With Images, Tweets)

One of the aspects we want to address in our work is the identification of sentiment in our dataset. We want to ask questions such as: Are people in the UK positive or negative about the EU? and Can we quantify this opinion by topic and/or geography?

Identifying the target of sentiment expressed in a tweet or a piece of text in general is a hard task. There is software available that measures the strength and direction of sentiment in a segment of text, but it is harder to identify what that sentiment is expressed towards. This is what we call the target of the sentiment and it is difficult to automatically extract this target.

For example, we have the tweet below. We can clearly see that this tweet is pro-Remain. If we use a general sentiment analysis tool, the text from this tweet would have a positive sentiment score based on the language used. We can see that there are two targets in this sentence which both have positive sentiment – Sir John Major who ‘is clear’ and Britain which ‘is stronger in Europe’.

After the identification of sentiment polarity, strength and target, we would aim to combine this information to see how these relate to more general topics of discussion and to the relationship between the UK and the EU. In the tweet above, even though a pro-Remain sentiment is expressed, it is difficult to automatically relate the positive sentiment towards the UK and a pro-Remain point of view.

With this tweet, we can use further context and qualifying information, such as the hashtag – but not all Tweets contain this information. Of course, not all EU-related tweets have a stance on the future of the UK-EU relationship. We are currently looking into ways of addressing this issue in more detail and will report our results at a later date.

To present an initial overview of sentiment in the data collected, we are calculating the percentage of hashtags in the data which express a polarity of either pro-Leave or pro-Remain.

We launched the Neuropolitics Research Labs website on 1 December 2015, where you can find more information on our work.

The Neuropolitics Research Lab produces transdisciplinary research, utilising developments in the cognitive neurosciences, to shed new light on political attitudes, identities and decision-behaviours. Our aim is to test the utility of methods more typically associated with neuroscience, informatics and cognitive psychology in helping us to understand more about political attitudes and behaviours.

As part of this site, we have launched the interactive #ImagineEurope Twitter Demonstrator. This provides access to visualisations of the Twitter data we have collected since 7 August 2015.

Social media is being used to monitor ongoing shifts in public imaginings of the European Union at this critical time. Here Twitter is used to track current trends using advanced Twitter analytics, hashtag tracking, sentiment scoring (indicating the rising and falling emotional content of tweets) and trend analysis in response to emerging events.

On the #ImagineEurope Twitter demo there is a sentiment dial – a map showing locations extracted from Tweets and a wordle of commonly used hashtags. This is an overview of the entire dataset. Further pages can be linked to that show sentiment, locations and hashtag wordles by day.

The dataset presented in our interactive Twitter demonstrator is gathered using a set of hashtags related to the upcoming referendum on the UK’s EU membership. We discussed how we collect the data in a previous article. Since then, we have added new hashtags to reflect the ongoing discussion and those used by the Leave and Remain campaigns. These are: #migrant, #refugee, #strongerin, #leadnotleave, #voteremain, #britainout, #leaveeu, #voteleave, #beleave, #loveeuropeleaveeu.

We can see from the dial that most of the data in our sets contains Leave hashtags. We can break this down to show the counts per hashtag.

This breakdown shows that the #brexit hashtag is the most used. This hashtag is not always used to signal support of #brexit. We have discussed in a previous article how in fact this hashtag is used by both pro-Leave and pro-Remain groups. #Brexit appears to be used as a label of the referendum discussion in general rather than an indicator of sentiment direction.

To move beyond the current solution, we are working with The TAG Research Laboratory at the University of Sussex. The Laboratory is involved in research into social media analysis. We are working with them to adapt their software to our data to find a solution to this tricky sentiment problem.