The Conservatives’ election victory paves the way for the UK government to pursue both EU reform and human rights reform, writes Tobias Lock. Each issue, he suggests, will have an impact on the continent, and the debate on ‘sovereignty’ may prove decisive in how Britain defines it relationship with the rest of Europe. 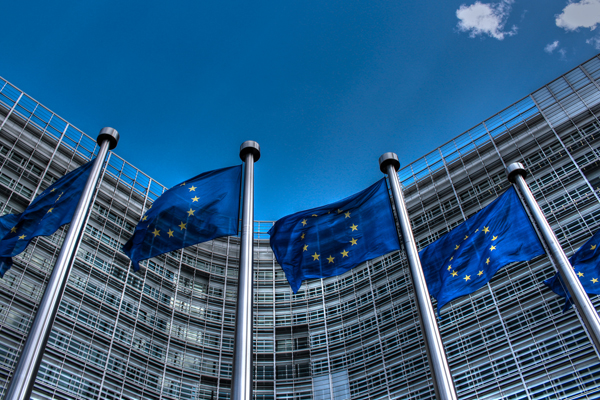 When discussing the future of ‘Europe’– as this blog intends – the focus tends to fall on the European Union. Yet there is also the another ‘Europe’ – that of the Council of Europe, the most prominent feature of which is the European Convention on Human Rights (ECHR) protected by the European Court of Human Rights. It is suggested in this article that this ‘other’ Europe is an important aspect of the discussion on Britain’s future commitment to European integration and it may feature rather prominently.

The EU and the Council of Europe are separate organisations with different memberships (even though all EU Member States are also members of the Council of Europe – see this tongue-in-cheek video on how to distinguish them) and they pursue their goals quite differently. The European Union is based on the transfer of sovereignty by its Member States on specific competences to a supranational body, with strong enforcement by the European Commission and by individuals through (mainly) economic rights that can be invoked and enforced in national courts and the Court of Justice of the EU.

By contrast, the Council of Europe functions more like a traditional international organisation and the effective enforcement of human rights and its other policies largely depends on the goodwill of its members. In terms of their goals, the European Union was famously founded as a common market and retains a strong market focus, whereas the Council of Europe’s prime concerns are human rights, democracy and the rule of law.

Nonetheless, the two organisations share a common heritage: both originated in the aftermath of the Second World War and were reactions to it. They also share the goal of European integration in the wider sense, which is perhaps best symbolised in their common use of the European flag. Annoying as it may be to scholars working in this area, it is perhaps not surprising that the two are often confused in the media and in politics, particularly when it comes to the coverage of judgments by one of the European courts.

In fact, anyone engaging in the upcoming debate on Britain’s EU membership will almost certainly encounter this confusion (whether genuine or deliberate). The matter is not helped by the fact that the newly elected government has not only promised to change Britain’s relationship with the EU, but also to reform the UK’s human rights regime. The rights guaranteed by the Human Rights Act 1998 are, of course, those from the European Convention on Human Rights (the act implements the convention in UK law). Consequently, human rights reform in the UK, while at first glance an entirely domestic endeavour, has wider European implications.

Even though there is no substantial overlap between EU reform and human rights reform, the case for reform in each is based on the same goal (for some at least) – the desire to regain sovereignty. Matters are complicated by the fact that there is no agreed definition of what ‘sovereignty’ means. For some, the UK remains sovereign as long as Parliament retains the power to revoke the European Communities Act 1972 (the primary law allowing EU rules to apply in the UK) and the Human Rights Act. For others, only a substantial reduction in supranational decision-making or even a right for the UK to unilaterally veto any piece of EU legislation would be satisfactory.

As far as EU reform is concerned, the Conservatives’ 2015 manifesto, while not mentioning the word ‘sovereignty’, promises an end to ‘a constant flow of power to Brussels’ and ‘to unnecessary interference’. There is also an emphasis on reclaiming powers from Brussels and on strengthening the role of national parliaments.

It will be important for those contributing to the debate to ensure that the two questions are treated separately and that any confusion between Britain’s membership of the European Union and its membership of the Council of Europe is cleared up. At the same time, it is essential to recognise that some of the concerns underpinning the two issues are closely related. The Conservative manifesto tellingly promises to ‘scrap the Human Rights Act’ in the section about the EU referendum. This perspective is also echoed in the writings of leading Eurosceptics, such as Daniel Hannan – his call for a Sovereignty Act neatly demonstrates the parallel relationship between the EU and the ECHR that some people draw. It also suggests that, for some, the EU referendum will not be about the economy, which will be one of the main lines of argument of the ‘stay in’ camp, but about sovereignty.

Shortlink for this article: edin.ac/1L4J1Wv

(@TobiasLock)
The University of Edinburgh

Dr Tobias Lock is Co-Director of the Edinburgh Europa Institute and Lecturer in EU Law at the University of Edinburgh. His current research focuses on the relationship between the EU and the European Convention on Human Rights, as part of work relating EU and international courts.
.