The debate on the UK’s relationship with the EU will continue well beyond the forthcoming referendum, writes Anthony Salamone. He argues that, under either outcome of the vote, the UK could be set for another EU referendum in the foreseeable future. 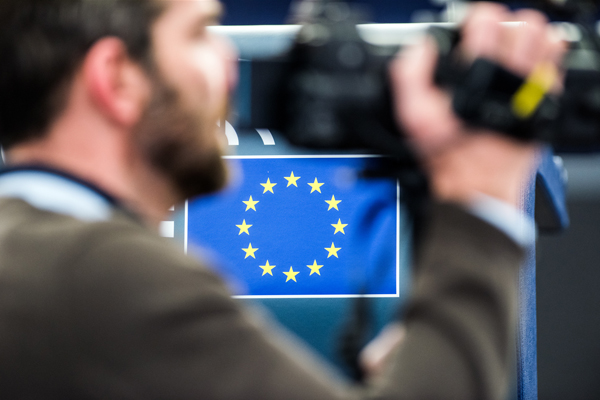 The approaching referendum on the UK’s EU membership is set to be historic, whatever its outcome. It will either be only the second time in European history that the people of a Member State has specifically endorsed continued membership (the first also being the UK with the 1975 Common Market Referendum), or the first time such a people has explicitly opted to end membership.

It is abundantly clear that either result would have implications for both the UK and the rest of the EU. However, knowable specifics are in short supply. This is particularly so for the option of exit from the EU, as it would by its very nature change the status quo. The high levels of uncertainty surrounding the consequences of the referendum options is partly a function of genuine unknowns of what would happen next and partly a product of the various objectives of the different campaigns.

One certainty is that this referendum will not settle the question of the UK’s relationship with the EU. In fact, it is quite likely that another EU referendum will take place in the UK in the short-to-medium term.

If the UK votes to leave the EU, the UK government will at some point afterwards notify the EU of its intent to withdraw and a process of negotiation will begin. The procedure is outlined in Article 50 of the Treaty on European Union. However, the guidelines are relatively broad and leave a wide margin of manoeuvre for the negotiating parties to find an agreement on the shape of UK-EU relations. One point of clarity is that the negotiations can last up to two years – unless an extension is agreed by all parties – else the UK will automatically withdraw from the EU with no agreement.

As with many aspects of the post-vote, we cannot say how long negotiations would take (particularly if extended), what they would focus on or what the outcome would be. Consequently, the substance of an agreement could vary significantly, dependent upon the demands of the remaining EU Member States and the expectations of the (possibly reshuffled) UK government.

Separate from treaty ratification requirements, any UK-EU agreement will need to be legitimated at home in some way. Another referendum is a plausible option, for two principal reasons. First, the current referendum consults on membership, and not on alternatives to membership. The people will give an answer only on whether they wish to stay in or leave the EU, not what kind of relationship they would want in the event of exit.

Second, the shape of that relationship upon exit could vary so widely that it might necessitate the consent of the people. For instance, if significant numbers vote to leave because they want to limit EU migration to the UK, and the subsequent agreement continues to allow the free movement of people (as part of maintaining access to the single market), how could that be politically sustainable? Conversely, if the agreement takes away features of EU membership which people would prefer to retain, that could also create difficulties.

If the UK votes to stay in the EU, the question of EU membership will undoubtedly persist. With the recent precedent of holding a referendum on the issue, it will become easier to argue for a similar vote in future. Political motivations, from internal party politics to the impact of the fringe on the mainstream, could generate momentum for another referendum. It could well become a question of when rather than if the next referendum will be held.

Moreover, the UK government is obliged under the European Union Act 2011 to hold a referendum if it proposes a substantial further transfer of power to the EU. While EU treaty change is not an imminent prospect, it will happen at some point in the medium term, and it is possible that a referendum on the treaty would have to be held in the UK. Although such a vote would not be an explicit decision on staying or leaving, the result would nevertheless serve as an indirect judgement of the UK’s EU relationship.

All of these possibilities point to the prospect of another EU referendum in the UK in the foreseeable future. For a country not in the tradition of holding many (nationwide) referendums, the UK may well become more accustomed to them. Their success as a means of regulating the UK-EU relationship will depend on the turnout in the votes, how the results are interpreted and acted upon and whether they are deemed to ‘solve’ the questions that they ask.