The renegotiation and referendum on the UK’s membership of the EU, like the Scottish independence referendum, has been presented as a generational choice, writes James Mitchell. Drawing on inspiration from some of the founders of the United States, he explores the meaning and length of ‘a generation’ in politics, suggesting that, regardless of its outcome, the EU referendum is unlikely to provide a definitive answer to the question it seeks to address. 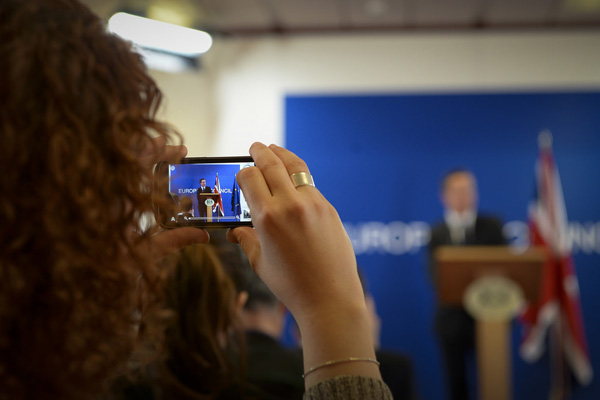 The EU referendum is a ‘once in a generation’ choice, according to the Prime Minister. This was the phrase used by Alex Salmond during the Scottish independence referendum. It is smart politics on the Prime Minister’s part to try to learn lessons from the independence campaign. Mr Cameron will learn more from Yes Scotland than Better Together in how to shift public opinion.

However, other EU Member States may struggle to pin down the precise meaning of ‘a generation’, just as its meaning was and continues to be elusive in debates on Scotland’s constitutional future.

This issue gets to the heart of a very old debate in constitutional politics. In 1789/90, Thomas Jefferson corresponded with James Madison on the issue. Jefferson, who would become America’s third president, took the view that the ‘dead have neither powers not rights’ and that the ‘principle that the earth belongs to the living, and not to the dead, is of very extensive application and consequences’.

No generation had the right to bind its successors and decisions made in one generation ought to be reviewed in the next. It was also Jefferson’s view that all personal and national debts, as well as laws and constitutions, should expire each generation.

Madison, on the other hand, disagreed. Constitutions and borrowing had enduring benefits and should not be cast aside each generation. In his reply, the man who would succeed Jefferson as president maintained that ‘periodical revision’ would ‘engender pernicious factions that might not otherwise come into existence’. He also noted that debts may be incurred ‘principally for the benefit of posterity’, though he had in mind debts incurred ‘repelling a conquest’ rather than paying for financial mismanagement.

But how long is a generation? Jefferson maintained that it was about 19 years. By that measurement, the US constitution has lasted for twelve generations, albeit with 27 amendments.

But is a Jeffersonian generation relevant today? A case might be made, given the franchise, that a generation is 16 years in Scotland, whereas it is 18 years for the EU referendum. However, if measured in terms of life expectancy, then a generation may prove to be much longer, though that depends on where you live, as the eminent epidemiologist Michael Marmot and others have powerfully noted.

Constitutional change may be demanded more frequently by people living in Glasgow Calton than in Lenzie – seven and half miles away but almost 30 years apart in terms of life expectancy. But a generation is not the same as life expectancy. Many people today live to see the birth of three generations of their family.

But, of course, the UK has a constitution like no other. The Prime Minister will be no more in control of when the issue of EU membership will again arise than he has been in control of the issue today. As he studies the Scottish independence referendum, he will soon discover that the European question is unlikely to be resolved by the simple device of a referendum.

Prof James Mitchell FRSE FAcSS is Professor of Public Policy and Co-Director of the Academy of Government at the University of Edinburgh. His research currently focuses on public service reform and his latest book, The Scottish Question (2014), considers debates on Scotland’s constitutional status.