Following the publication of the UK’s draft EU settlement, Kostas Lavdas gives a perspective from Greece on the proposal and the future of the UK-EU relationship. 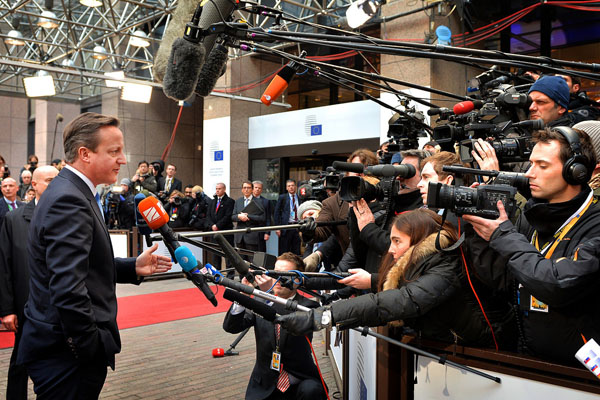 The EU-UK deal appears to stand a reasonably good chance of doing the job – provided, of course, the UK electorate approves. From the viewpoint of other Member States, the letter drawn up by the President of the European Council, Donald Tusk, has elicited various reactions, only a few of them official to date (e.g. Denmark supports).

There is a broadly shared background assumption in the Greek public that London – being outside the Eurozone and appearing rather detached when it comes to EU affairs anyway – does not matter much. I was talking about the UK referendum to a Greek academic-turned-politician the other day and his reaction was, ‘well, who cares anyway?’

Of course, my jaw dropped. How could this supposedly well-informed person possibly make such a silly remark? I explained the obvious: even bracketing Britain’s weight in EU politics, the negotiation itself and its possible direction were a matter of great concern.

In truth, there are groups, institutions and individuals in Greece who take the UK-EU relationship much more seriously. There are three areas of concern. First, particular points of the possible agreement (such as the provision for ‘an alert and safeguard mechanism’ so that if there were excessive strain on the welfare system, in-work benefits could be denied to EU workers for up to four years) may create a precedent and/or open the door to similar or equivalent demands by other states. Second, Britain has always been a great destination for Greeks to study, travel, search for a job or just visit and revisit. A Brexit is approached by many as an unspecified threat to the existence of Europe’s western frontier.

Last but crucially, power balances within the EU would be seriously affected and that’s one reason why Athens along with every other capital in their right mind wishes to avoid a Brexit. Many people – not just pundits – in Greece take this very seriously. Avoid a Brexit at all costs? Things may change in a month or two, but it’s probably correct to report that Greek discussion – preoccupied as it is with a multitude of other urgent issues, such as a struggling economic policy and an equally struggling migration policy – appears to hope that EU-UK relations will not cause yet another European crisis.

In this sense at least, Greeks would wish the UK – our internationalist ‘awkward partner’ – to stay. Who knows? Reaffirming a multiple-speed Europe may prove an interesting idea after all.

Prof Kostas A. Lavdas is Constantine Karamanlis Professor of Hellenic and European Studies at The Fletcher School of Law and Diplomacy, Tufts University. His research interests include EU external relations, the comparative analysis of government-business relations and republican political theory.