The refugee crisis in Europe should not be understood simply as a humanitarian crisis, writes Christina Boswell. Those Syrian refugees fleeing to Europe represent just a small fraction of people displaced worldwide. Instead, she argues that the significance of the crisis lies in its disruption of the European project of outsourcing migration control. The arrival of refugees at EU borders has destabilised European efforts to distance itself physically from refugee flows, and to depict the issue as an abstract, statistical problem to be steered through targets. 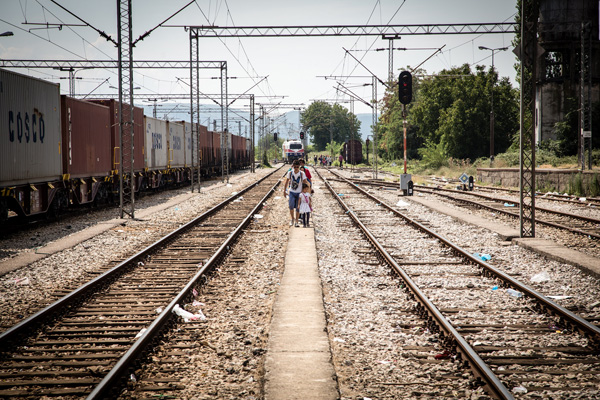 In the midst of the heady events of August and September 2015, as Germany and Austria opened their doors to hundreds of thousands of asylum seekers, it was tempting to imagine that we were witnessing a Damascene moment in refugee policy.

After a quarter of a century of restrictive EU policy, a number of European governments appeared to be eschewing ‘fortress Europe’ and ushering in more humane approaches. Faced with the prospect of a humanitarian crisis at their borders, and vocal public support for welcoming refugees, it seemed that European asylum policies might be undergoing a radical shift.

That impulse was, perhaps predictably, short-lived. After a few weeks of experimenting with open borders, Germany and Austria have been duly reprimanded by the President of the European Council. Opposition parties have started agitating against what they see as an irresponsible transgression.

Policy has reverted to the default restrictive approach: negotiating with transit countries to outsource migration control and introducing measures to identify and fingerprint refugees entering Italy and Greece. As for refugee protection, the onus is once more on reinforcing assistance in refugee camps surrounding Syria.

But what happened the past summer is hugely significant. Not because of the scale of the humanitarian problem that triggered the response. Those Syrian refugees who made it via the so-called ‘eastern route’ through Turkey, Greece and Serbia or Croatia were but a fraction of those displaced by conflict. There are 4 million refugees displaced from Syria, and millions more internally displaced within the country. Not to mention the estimated 60 million displaced globally. European countries only ever see a small proportion of the world’s dispossessed.

The significance of the crisis lies instead in what it exposed: three decades of attempts to detach Europe and its publics from the messy reality of forced displacement. This detachment is both physical and psychological.

The physical detachment has been accomplished through the outsourcing of migration control and refugee protection to other regions. Visas, carrier sanctions and pre-frontier control rolled out since the 1980s mean that it is almost impossible for refugees to arrive on European territory. If they do manage, then readmission agreements, detention and ever more restrictive asylum processing and recognition criteria mean they have slim prospects of being allowed to stay.

Meanwhile, a raft of agreements with source and transit countries – from conditional development aid, to ‘mobility partnerships’ and funding ‘reception in the region’ – elicit cooperation in keeping would-be migrants and refugees well away from Europe.

Perhaps even more powerful is the psychological detachment. Asylum policies have become increasingly technocratised: debate revolves almost exclusively around what tools should be adopted to reduce asylum numbers. Ethical debates around duties to refugees are relegated to church groups and NGOs – they are not topics for mainstream party politics.

Nowhere is this more striking than in the UK, with its penchant for performance targets. From Tony Blair’s target of halving asylum applications in 2003, to the current government’s pledge to reduce net migration (including asylum) to the tens of thousands, UK governments have helped frame asylum as an abstract, quantifiable problem that needs to be reduced or eliminated. These sanitised, technical depictions of the problem are detached from context and particular circumstances. They rely on anonymised data, rather than rich description.

Both of these modes of detachment imply a form of estrangement from the figure of the refugee or asylum seeker. The result has been that the issue has been sanitised – even dehumanised – in European public debate. The arrival of refugees over the summer, and especially the poignant images of particular families, and of individual children, destabilised this state of detachment.

This was what was so striking about the events of the late summer. We caught a brief glimpse of these refugees as mothers, fathers, friends, children. And we gained some insight into the anguish, frustrations and aspirations that drove them across Europe. Refugees have always been there. We have just avoided seeing them.

The author recently spoke at an event hosted by the Edinburgh University European Union Society.