The Prime Minister’s renegotiation of the UK’s EU membership is largely judged by whether people already support remaining in or leaving the EU, writes Laura Cram. Outlining the key components of the settlement, she argues that it has had a minimal impact in the campaign, and that the referendum will only reflect a moment in public opinion, whereas the issues at stake are of a much broader nature. 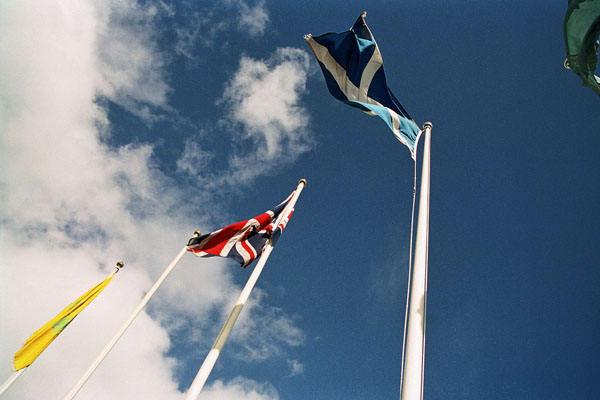 A ‘New Settlement’ between the UK and the EU was agreed at a meeting of the European Council in February. This settlement forms the basis on which the UK public will vote on the future of the UK’s membership of the EU next week. The settlement addressed four issues: economic governance, competitiveness, sovereignty and immigration.

The various Remain and Leave campaigns have interpreted the new settlement through the lenses we might expect. For many of those in support of the UK remaining a member of the EU, the settlement resulting from David Cameron’s renegotiation has resulted in a legally binding ‘special status’ that allows for a renewed and protected position for the UK in the EU, consonant with current UK Government priorities.

For those in favour of the UK’s exit from the EU, the special status is unconvincing, representing a temporary compromise unlikely to be sustainable as the European integration process continues to move ahead and presents new challenges to the UK’s ability to control its own affairs.

An additional voice is emerging from those who broadly favour UK membership of the EU but feel that the renegotiation, focused on competition, deregulation and benefit restrictions for migrants, have moved the EU further away from the type of union of which they want to be part.

It is certainly the case that the binary in/out nature of the referendum and the renegotiation, conducted as they were only on the present UK Government’s priorities, have left little room for reflection about the nature of the EU.

So, What Was Agreed?

In terms of economic governance, the settlement provides a two-way commitment. On the one hand, it guarantees that, as a non-Eurozone country, the UK (and other non-Eurozone countries) cannot be discriminated against or excluded from important decision processes. Nor can these countries be expected to face financial penalties related to Eurozone ‘bail-outs’. On the other hand, these non-Eurozone countries may not impede further progress in the Eurozone. The position of the Bank of England as supervisor of financial stability in the UK is assured.

In addition, the commitment of the EU and its Member States to enhance competitiveness and to complete the Single Market is reiterated. Specifically, a commitment to decreasing the regulatory burden and compliance costs for businesses and to repealing any unnecessary legislation is made.

The EU commits to pursue an active and ambitious trade policy. An annual review of the existing body of EU legislation is to take place, with an eye to concerns for subsidiarity (that decisions are taken at the lowest possible level) and proportionality (that interventions are limited to the extent that they are strictly required). National parliaments and stakeholders will be involved in this process.

Thirdly, in the area of sovereignty, the commitment to ‘ever-closer union’ will not include the UK and may not be allowed to justify moves toward further political integration in the EU. The existing UK arrangements to opt out or to opt in to EU level measures in the areas of policing, immigration and asylum continue to stand.

Finally, on the issue of immigration, the settlement addresses issues of access to free movement, particularly prevention of abuse or fraud and the assessment of potential threat. In relation to social benefits, an ‘emergency brake’, allowing limitation of full access to in-work benefits for new EU workers, may be instituted in cases in which a Member State is experiencing an ‘exceptional situation’ (at present, this includes the UK). Member States may also index child benefits to the circumstances of the country to which they are being exported.

Despite these agreements, the question of what type of EU people in the UK as a whole or in its constituent territories want, or do not want, to be part of has not seriously been addressed in this process. In practice, the renegotiation will have little impact on the vote.

Indeed, the details of the package are already largely forgotten and the wider debate swiftly moved on to broader geopolitical security issues that did not feature significantly in the renegotiation, and to the usual campaign hyperbole, threat and counter threat, from both camps. The renegotiation package and the new settlement were, however, essential to allowing David Cameron to campaign for the UK to stay in the EU.

The referendum is unlikely to be the end of the issue, regardless of the outcome. The UK’s relationship with the EU has not been properly debated and will not be resolved by a referendum. Both the UK and the EU are constantly changing, while a referendum will provide a snapshot of public opinion – a static image unsuited to capturing two moving targets. Indeed, the repercussions of the referendum may further exacerbate shifts in internal relationships within the UK and at EU level.