The crisis in the Eurozone has been met with a host of measures designed to enshrine a new fiscal order among the members of the single currency, writes María del Carmen Sandoval Velasco. She argues that Germany and other EU creditor countries have used these measures to embed values of ordoliberalism into the architecture of the Eurozone, as they have done for a number of years, in order to advance their own interests. 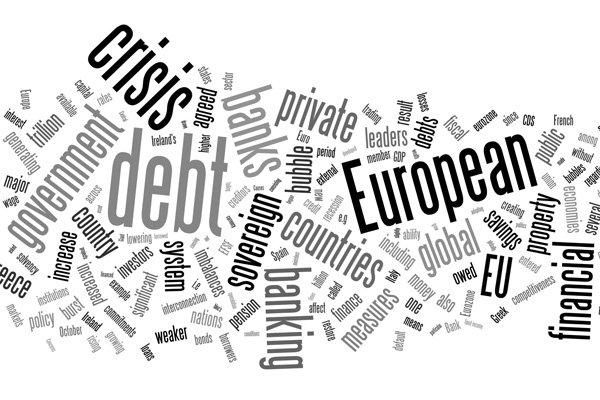 Throughout the Eurocrisis, most of the crisis management narratives that have developed have coincided with more visible German leadership in the EU. The recent events surrounding the negotiation of the third Greek bailout clearly illustrate this dynamic.

Germany has been a central actor in the framing and shaping of the decision and policymaking processes in the framework of responses to the Eurozone crisis. This role is due not only to its position as a financially solvent country and as the biggest creditor in the Eurozone, but also to its ability to transpose some of the principles of its own economic model to the European level.

From a critical political economy approach, the German ordoliberal tradition has been implanted within the construct of European monetary union and its crisis management has been a continuation of it. As a result, ordoliberalism has become institutionalised in economic policy within the EU.

This perspective emphasises that the interests of the financial industry have been served and preserved throughout the management of the crisis, corresponding to a continuation of a ‘finance-led accumulation’ strategy of neoliberalism. In Europe, there has been large capital flows from northern countries to southern ones. North-western countries invested (their surpluses) in assets in southern Europe, which gave southern countries temporary access to cheap loans, generating external surplus capital for the northern countries, particularly Germany.

This pattern is one of the reasons why Germany and the other creditor countries (solvent states like Finland and the Netherlands) have been reluctant to adopt strategies to reduce their external surplus in order to assist the debtor countries. Instead, they have looked for greater ‘discipline’ in Eurozone economic policy by imposing measures to control debt and deficit ratios.

The approach has translated into austerity measures and criteria for reducing public deficit, fiscal surveillance and the introduction of sanctions in case of non-compliance. According to the creditors, these measures should help reduce financial imbalances and achieve a form of fiscal discipline within the Eurozone.

German ordoliberal thinking emerged in the 1950s within the well-known Freiburg School of Economics. It supported an economic model in western Germany based on the aim of achieving a successful economic policy through a solid legal and institutional framework. Economic ‘order’ and ‘rules’ are the central features of ordoliberalism (Ordnungspolitik).

Different to neoliberalism, ordoliberalism is more open to forms of state intervention, following the model of a social market economy (capitalism combined with a social policy). Here, the state is responsible of creating an adequate legal environment and maintaining an appropriate level of competition. This ordoliberal tradition of economics has been central not only for German decision makers (particularly in the German Ministry of Finance), but also within the German academic community, the Bundesbank and the German Constitutional Court.

The reforms to Eurozone economic governance in response to the crisis are embedded with the ordoliberal idea of enforcing a fiscal order in the EU. New instruments and mechanisms both at European and intergovernmental level have created economic rules in the Eurozone, changing the structure and functioning of the currency union.

Among these new instruments we find: the European Semester, Fiscal Compact, Six Pack and Two Pack, Euro Plus Pact and intergovernmental mechanisms for bailing out indebted countries (such as the European Stability Mechanism).

These instruments are founded on ordoliberal principles and characterised by rules for fiscal discipline – clear examples of Germany’s stability culture. In this sense, one can argue that Germany and the other creditor countries have shaped the reforms of Eurozone governance and economic policy coordination according to their own interests.

However, beyond its influence in the crisis, ordoliberalism has in fact been a feature of European economic and monetary integration throughout their history. Elements of EMU, such as central bank independence, fiscal discipline and low inflation, are hallmarks of the ordoliberal model.

The Stability and Growth Pact (SGP), for example, was created to achieve fiscal convergence by establishing debt and deficit criteria and introducing a form of sanctions (never applied) to Member States in cases of non-compliance with fiscal rules.

The convergence criteria that EU candidate countries must meet in order to become members of the Union also contain ordoliberal principles, such as price stability to control inflation and sustainability of public finances through limits on government borrowing, national debt and long-term interest rates.

Considering that the convergence criteria and the SGP long predate the Eurocrisis, the success in embedding ordoliberalism into European economic policy is strongly in evidence.