Despite hopes for a low-keyed EU presidency next year, the Netherlands will find itself coordinating Council business on the many challenges and crises facing Europe at present, writes David Bokhorst. He argues that, although much of the agenda may be beyond their control, the Dutch will nevertheless pursue their strategic objectives, with a focus on EU budget reform and bolstering the internal market. 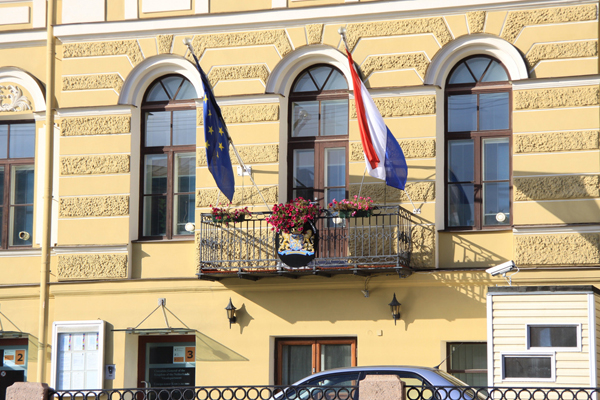 When the Dutch started preparing for their presidency of the Council of the EU taking place in the first half of 2016, they had expected a relatively easy half-year. The Commission’s Better Regulation programme would lead to considerably less legislative proposals on the table. Moreover, given the Dutch focus on subsidiarity, they were keen on keeping the agenda as thin as possible.

They would simply follow the Council’s strategic agenda, with a focus on growth-enhancing measures related to the internal market – on trade, digital, services and innovation. In line with Dutch traditions, the buzzwords for the presidency were intended to be ‘pragmatic’ and ‘sober’. The budget for the presidency was cut in half compared with its last in 2004.

After the influx of refugees this summer, however, all hopes for a calm presidency have waned. Commission reports indicate a doubling of the number of refugees arriving in the EU for 2016 from 2015. At the same time, the Council is heavily divided on how to address the crisis, reallocation plans are barely working, the planned hotspots are nowhere near finished and Member States are failing to fulfil their promises to deliver more money and personnel for external border control and aid for third countries.

Dutch diplomats warn that the Greek debt saga might have been ugly, but that this crisis is much worse. Here, the cohesion and integrity of the Union are under threat. Finance Minister Jeroen Dijsselbloem has threatened that if Member States do not step up and deliver what they have promised, the Schengen area should be reduced to a mini-Schengen. Together with the increased attention on anti-terrorism measures and the war in Syria, a turbulent half-year is to be expected.

Of course, the Brexit debate will be another thorny issue. The Dutch are keen on ensuring that the UK stays in the EU. They consider the UK a key ally in the EU and would not like a German-Franco dominated Union. However, behind the scenes, Cameron’s reform agenda is met with scepticism.

His proposals are seen as either symbolic (ever closer union, multi-currency area), ineffective and unnecessary (more powers for national parliaments) or outright discriminatory (cutting social entitlements for EU migrants). The view is that it will simply come down to the vote in the referendum. The reform agenda is not expected to have much of an impact on the final outcome.

Since the Lisbon Treaty, the nature of the presidency has changed. It is now much more about facilitation and management and less about leadership or setting the agenda. However, the Dutch will try to use their presidency to focus attention on some other areas. Most important here will be renewed discussion on reforming the EU’s budget – the Multiannual Financial Framework (MFF).

The MFF is seen as ill-equipped for the necessities of the EU of today and the annual recalculations and additional contributions lead to political unrest every year. The emphasis will be on more flexibility both on the input and output side, simplification of the rules for the various funds and further conditionality of the funds. At the end of 2016, the Commission is expected to present a mid-term review of the budget.

Finally, the Dutch presidency will be overshadowed by a referendum of its own. A group of Eurosceptic organisations has managed to secure enough support to table a referendum on the Association Agreement between the EU and Ukraine. They claim the agreement would be the first step towards future membership and hence a geopolitical mistake.

Whether the referendum will meet the required 30 per cent voter turnout for such a technical topic is unknown, although it will be perceived by many as a general vote of confidence on the EU. While it is officially celebrated as an act of democracy, it is by no means a secret that this referendum has caused the governing parties and officials a major headache. All in all, many Dutch may have lost their idealistic beliefs in the EU, but the full agenda still shows the need for pragmatic solutions to common problems. Let’s hope they get things done.