In this extended article, Tobias Lock explores the implications of potential human rights reform in Britain. He writes that a repeal of the Human Rights Act would not necessarily require the UK to leave the European Convention on Human Rights. Should Britain leave, however, he argues that its future in both the Council of Europe and the European Union would be far from certain. 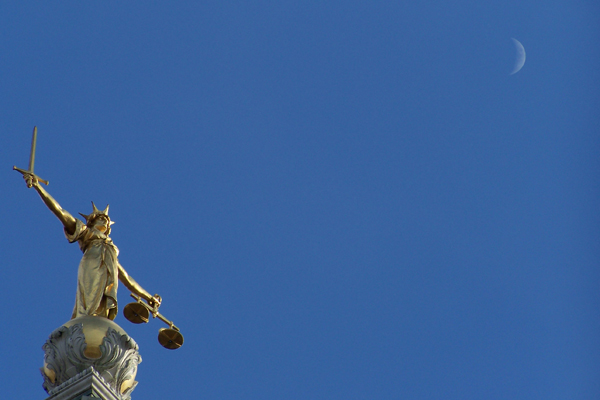 As is well known, the UK government is promising not only a reform of Britain’s relationship with the European Union, but also human rights reform consisting of a repeal of the Human Rights Act 1998 (HRA) and its replacement with a British Bill of Rights. While the former is a priority in the government’s agenda, with a Referendum Bill currently making its way through Parliament, the latter now seems less imminent with the Queen’s Speech merely promising that the ‘government will bring forward proposals for a British Bill of Rights’. No draft bill has been produced as yet.

Nonetheless, as I pointed out in an earlier article the two reform efforts are politically closely connected. In this article, I try to work through some of the possible legal implications of the government’s human rights reform plans for the United Kingdom’s membership of both the European Union and the Council of Europe.

First some background: Parliament passed the HRA in order to transpose the United Kingdom’s obligations under the European Convention on Human Rights (ECHR) into domestic law. The UK had been the first country to ratify the Convention in 1951 and it became internationally binding on it in 1953. Yet before the HRA entered into force in October 2000, the rights laid down in the ECHR could not be invoked in the UK courts.

In addition, an equivalent catalogue of human rights, as is found in the constitutions of most European countries, did not exist in the UK. For this reason, individuals whose human rights had been violated were confined to invoking the much weaker protections offered by civil liberties (found in the common law – see this pithy account). If these were unable to protect them adequately, the only possible option was to bring a case before the European Court of Human Rights in Strasbourg.

It should be noted, however, that before the entry into force of the HRA the United Kingdom was not in breach of its obligations under the Convention. The ECHR leaves it open to its parties as to how they protect the rights contained therein and it does not prescribe a specific way of implementing them. Therefore, a repeal of the HRA (with or without a replacement) as such would not be contrary to the UK’s obligations under the ECHR.

We do not know exactly how a British Bill of Rights would differ from the HRA as the government is yet to produce a draft Bill of Rights. One can, however, make some informed guesses based on the Conservatives’ recent election manifesto and a 2014 Conservative policy document entitled ‘Protecting Human Rights in the UK’.

A key policy aim is to ‘break the formal link between British courts and the European Court of Human Rights, and [to] make our own Supreme Court the ultimate arbiter of human rights matters in the UK.’ This promise comes from a perceived ‘mission creep’ of the ECtHR: the Strasbourg Court no longer interprets the Convention in the way it would have been understood when it was signed in the early 1950s. Instead, it considers it as a ‘living instrument which must be interpreted in the light of present-day conditions’ (starting with the 1978 decision in Tyrer v UK).

In the eyes of the Conservative party, this so-called evolutive interpretation is (partly or entirely) to blame for certain decisions of the Strasbourg court, which enables ‘terrorists and other serious foreign criminals who pose a threat to our society [to use] spurious human rights arguments to prevent deportation.’

Hence an important element of a Bill of Rights would be to remove the obligation of the UK courts, laid down in Section 3 HRA, to ‘take into account any judgement, decision, declaration or advisory opinion of the European Court of Human Rights’. Removing this obligation would not be contrary to the ECHR as such. Yet in some cases it would probably place the UK in the same awkward position it was in before the HRA was enacted, in that the courts might be unable to grant the level of protection required by the ECHR.

This situation would then result in an increase in ECtHR judgements finding against the UK. This is exactly what Section 3 HRA (successfully) tries to avoid. Unless the government and parliament wanted to be in a state of constant violation of the Convention, they would have to adapt the law in a way that is Convention-compliant.

It might well be the case that some aspects of the human rights reforms advocated by the Conservatives might mean that continued membership of the Convention system becomes undesirable and withdrawal from the ECHR could become a reality. While the manifesto is silent on this point, the policy document expressly mentions this possibility (on page 8). In order to avoid withdrawal, the document promises that:

While the first pledge is couched in very vague terms (it is not clear, for example, whether the government would aim for an amendment to the ECHR), the threat of a withdrawal is not.

Of course, both of these documents were written when the Conservative party was in a coalition government, which made a repeal of the HRA impossible. It is safe to say at least that the policy document was not written as a blueprint for government policy of an all-Tory government, as at the time of its publication this seemed a very remote possibility. The current position of the government on this point is not entirely clear. Reports that withdrawal from the ECHR were ‘off the table’ were followed by the Prime Minister expressly stating in the House of Commons that:

The plans that were set out in our manifesto do not involve us leaving the European Convention on Human Rights, but let us be absolutely clear about our position if we cannot achieve what we need – I am very clear about that. When we have these foreign criminals committing offence after offence, and we cannot send them home because of their ‘right to a family life’, that needs to change. I rule out absolutely nothing in getting that done.

Further, on 9 July the Secretary of State for Justice, Michael Gove, when expressly asked whether he could say that as long as he was in post Britain would remain a signatory to the ECHR, answered with a lukewarm: ‘That’s my hope, but I can’t give a 100% guarantee’ (see the Commons Justice Committee hearing from 10:31:42 onwards).

Withdrawal from the ECHR is possible and set out in the Convention itself. In essence, it requires six months’ advance notice after which a state is no longer bound by the Convention. However, it would remain obliged to abide by the rulings rendered against it up until the day it left the ECHR. This means in particular that the UK would remain bound to implement the infamous Hirst decision on prisoner voting rights.

Leaving the ECHR would not only send a very strong political signal, and make the UK the only European country aside from Belarus not to be part of it, but it might also have other consequences for Britain’s European future. Some of these are explored in a recently published policy document following from a workshop held at the Edinburgh Law School. The two key findings are that long-term membership of the Council of Europe may become impossible and that a withdrawal from the ECHR may be incompatible with the UK’s commitments as a member of the European Union.

Every member of the Council of Europe must accept the principles of the rule of law and of the enjoyment by all persons within its jurisdiction of human rights and fundamental freedoms, and collaborate sincerely and effectively in the realisation of the aim of the Council […].

The consequences for states that do not uphold this commitment are potential suspension or expulsion for ‘serious violation’ of Article 3. It is arguable that denunciation of the ECHR would prevent a particular state from collaborating sincerely and effectively in protecting human rights. The Council of Europe’s Committee of Ministers has previously threatened to ‘take all adequate measures’ for failure to comply with a single judgement for a long period of time. This makes it likely that a wholesale denunciation of the ECHR would be considered at least as serious an issue as non-compliance with an important ECtHR judgement.

As far as membership of the European Union is concerned, there is no direct link between EU membership and being signed up to the ECHR. At the same time, any country applying to become a new member of the EU must satisfy the requirements of Article 49 of the Treaty on European Union, which include ‘respect for human rights’.

There is no express requirement to being party to the ECHR, but the EU’s practice with candidate countries suggests that compliance with the ECHR is used as a benchmark for this assessment. Since the adoption of these criteria for EU accession, there has not been a single candidate country that was not signed up to the ECHR at the time of its application to join the EU. In addition, the EU Charter of Fundamental Rights provides that the ECHR is a minimum standard upon which EU human rights protection builds. This suggests that membership of the ECHR is presupposed for membership of the EU.

Once a country is a member of the European Union, it is obliged to respect the values of the EU, which include ‘respect for human dignity, freedom, democracy, equality, the rule of law and respect for human rights’. There is no formal requirement that a Member State remain a party to the ECHR and no Member State has so far withdrawn from the ECHR, so there is no practice on which to draw.

At the same time, it would be logical that, if membership of the ECHR were a precondition for joining the EU, then a requirement to remain so would continue for the duration of a country’s membership. This would suggest that being a party to the ECHR is an implied obligation of EU membership, even though it is not expressly laid down in the EU treaties.

For these reasons, it is possible that, if the United Kingdom withdrew from the ECHR, it would be in breach of its obligations as an EU Member State. In this situation, continued membership in the EU might no longer be possible. The government’s plans to reform human rights have many potential implications for the UK’s European commitments – not only as a party to the ECHR, but also the Council of Europe and the European Union.

Shortlink for this article: edin.ac/1JxKmzu

(@TobiasLock)
The University of Edinburgh

Dr Tobias Lock is Co-Director of the Edinburgh Europa Institute and Lecturer in EU Law at the University of Edinburgh. His current research focuses on the relationship between the EU and the European Convention on Human Rights, as part of work relating EU and international courts.
.