In this extended article, Jane Rooney analyses the recent Northern Ireland High Court decision that current abortion law is not compatible with the European Convention on Human Rights. She suggests that the judgement could have gone further in testing the compatibility of the legislation with the ECHR, and that possible appeals are unlikely to take the politics of Northern Ireland as closely into account. 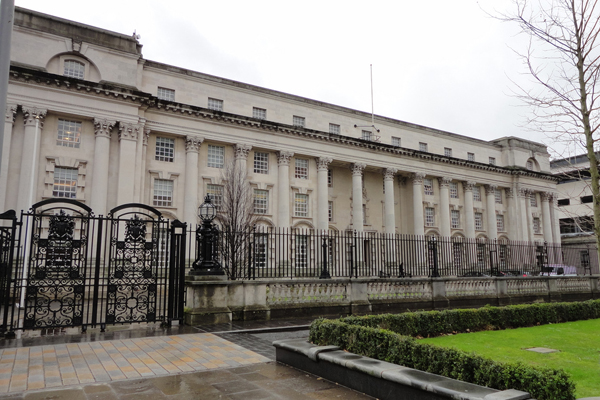 Judge Horner (Mr Justice Mark Horner) delivered a judgement that engaged with many complex legal, political and social questions which, although not entirely beyond criticism, is to be applauded. He found that the foetus does not have a right to life under Article 2 ECHR; that there is no domestic consensus on issues relating to abortion in Northern Ireland; and that permitting a woman to travel to England to receive an abortion does not mitigate against the harshness of the regulations in place.

The Decision of Judge Horner

The Northern Ireland Human Rights Commission (NIHRC) brought an application seeking a declaration that Sections 58 and 59 of the Offences Against the Person Act 1861 and Section 25 of the Criminal Justice Act (NI) 1945 were incompatible with Articles 8, 3 (right against inhumane and degrading treatment) and 14 (right against discrimination) of the ECHR. Those provisions state that it is a criminal offence to carry out, or to assist in carrying out, an abortion in all circumstances except when the woman’s life is in danger through mental or physical illness resulting from the pregnancy.

The NIHRC argued that there should be further exceptions made in relation to serious malformation of the foetus, where there is a fatal foetal abnormality and where the pregnancy resulted from rape or incest. Judge Horner did not find a breach of Article 3: there was ‘no question of the State inflicting any ill treatment on such vulnerable women’ as the State was ‘not responsible for a woman having a fatal foetal abnormality nor for women being impregnated as a result of sexual crime’ (Para 119).

Furthermore, there was no breach of Article 14 because it was not strictly necessary to address the right against discrimination (Para 168) and it had not been proven that the legislation was discriminatory (Para 170). He did, however, find a breach of Article 8 right to private life because the relevant legislation did not provide for exceptions in relation to fatal foetal abnormalities or pregnancy resulting from rape or incest.

Before Judge Horner adjudicated upon Article 8, he engaged in an analysis of some of the most pressing questions relating to abortion in Northern Ireland, of which three had great prominence: whether the foetus had a right to life, whether there existed a domestic consensus on abortion in Northern Ireland and whether requiring a woman to travel to receive an abortion was proportionate to the aims of the government.

Conversely, a wide margin of appreciation would be afforded in cases which affected the ‘profound moral views’ of a state on ‘the nature of life’ (AB and C v Ireland) (Para 39) and this domestic consensus would trump the European consensus that the right to abortion on both sides of the border in Ireland should be extended (Para 58). He also noted that Strasbourg had avoided making determinations of when the right to life began (Vo v France) stating that it was within the margin of the appreciation of the domestic state to determine (Para 41).

He then moved to assessing whether the unborn child had a right to life in the United Kingdom and found that there was no reasonable doubt that in England and Wales the foetus was not a legal person, citing a number of decisions in support (including the first precedent Paton v British Pregnancy Advisory Service Trustees and Another) (Para 103).

He concluded: ‘[t]here are no grounds for concluding, and no convincing ones have been put forward, that the common law in Northern Ireland is any different to that in England and Wales. While the foetus does not have a right to life under Article 2 in Northern Ireland, pre-natal life here is given protection under certain statutes’ (Para 108).

In relation to domestic consensus, Judge Horner stated that AB and C v Ireland indicated that what was determinative in that decision was the view of society on abortion. However, he found that there was no conclusive evidence of opinion on abortion in Northern Ireland and that holding such a referendum would be divisive (Para 141).

He did not agree with the finding in AB and C v Ireland that allowing women to travel to England to have an abortion would make the relevant provisions proportionate to the interference with the woman’s autonomy. He had three problems with this argument: it was just as wrong morally to ‘export’ the problem of abortion as it was to carry it out in Northern Ireland; if the aim of the legislation was to prevent abortion then these measures had not achieved that; and the ‘protection of morals should not contemplate a restriction that bites on the impoverished but not the wealthy. That smacks of one law for the rich and one law for the poor’ (Para 142).

Judge Horner then had to decide whether the interference on women’s autonomy and private life was permitted under Article 8 – whether the interference was in accordance with the law, served a legitimate aim and was necessary in a democratic society. The Offences Against the Person Act 1861 and Criminal Justice Act (NI) 1945 did provide laws for interfering with the right to private life and autonomy. Judge Horner also recognised that there was a legitimate aim in protecting life, but there was not a legitimate aim in protecting the morals of the people as there was no evidence of a consensus in relation to abortion in Northern Ireland (Para 147).

He found that it was not legitimate, proportionate or necessary in a democratic society to place a prohibition on abortion in cases of fatal foetal abnormality as well as rape and incest (Para 148). In relation to fatal foetal abnormality, there was no life to protect when the foetus was not able to live independently of the womb (Para 160). In relation to rape and incest, those crimes were the ‘grossest intrusion on a woman’s autonomy’.

Although he needed to weigh the interference with a woman’s autonomy against the right to life of the foetus, he found the foetus did not have any Article 2 right to life in Northern Ireland and only had limited statutory protections inside the womb (Para 161). He concluded that current law placed a disproportionate burden on the victim of rape and incest, delivering a sensitive appraisal of the distress caused to women in those circumstances (Para 162).

Analysis of the Decision

It could be argued that Judge Horner misunderstood the state’s responsibility vis-à-vis women in relation to Article 3 inhumane and degrading treatment. It is not necessary for a state official to have raped a woman or to have caused the death of the foetus in order for Article 3 to have been engaged.

For example, Article 3 can be engaged when there is a grossly disproportionate sentence to a crime (Vinter v UK). It is at least arguable that the threat of potential life imprisonment for undergoing an abortion in circumstances of fatal foetal abnormality or due to rape or incest is an inhuman punishment for the purposes of Article 3. A remedy under this right was underexplored.

Furthermore, in relation to Article 14, Judge Horner could have engaged in some analysis of whether the Offences Against the Person Act 1861 and Criminal Justice Act (NI) 1945 were discriminatory against women. Additionally, although he relied on much legal academic literature to support his reasoning, no female legal academics were cited, despite the fact that many of the leading scholars in this area are women (with the exception of Harris, O’Boyle and Warwick, Law of the European Convention on Human Rights (OUP 2009), as there are many female authors to that textbook).

Despite these reservations to the reasoning, Judge Horner delivered a measured and insightful judgement which was clearly cognisant of the unique political and social context within which he was making this historical decision. In the months leading up to the hearing, legislative proposals had been put forward for narrowing permitted grounds for abortion.

The DUP chair of the Northern Ireland Assembly’s Justice Committee, Alistair Ross, had attempted to outlaw private clinics, such as the Marie Stopes clinic, which provide access to abortion pills within the first 5 to 9 weeks of pregnancy. However, this motion had been blocked by a petition of concern.

Draft guidelines on termination of pregnancy circulated hours after Judge Horner’s judgement, were found not to be in conformity with the judgement. The draft guidelines did include a statement that a fatal foetal abnormality would be taken into consideration when determining whether there was a risk to the life of the mother. The Northern Ireland Assembly appears to be already resisting the judgement.

Judge Horner’s reserve was highlighted by the fact that he did not, in the end, reach a conclusion as to whether to issue a declaration of incompatibility under Section 4 of the Human Rights Act 1998. Instead, he invited the parties to the case to make submissions to see if the provisions of the relevant legislation could be read as compatible with the ECHR in accordance with Section 3 of the Human Rights Act.

If the language of the offending legislation was to be read compatibly with the ECHR under Section 3, the outcome of the decision would have immediate legal effect, and no legislative changes would be required. Judge Horner was informed by the parties to the case that they would likely go forward to appeal (Para 170).

If the decision does go to appeal, it is unlikely that the Court of Appeal will be as sympathetic as the High Court to the contentiousness of abortion in Northern Ireland. On the other hand, a less apologetic judgement from that court, condemning the legislation under Articles 3 and 14, may be just the wake-up call that the Northern Ireland Assembly needs.

Jane Rooney is PhD Candidate in Law at the University of Durham. Her research brings a comparative analysis to the extraterritorial application of human rights by domestic, regional and international adjudicatory bodies, with central focus on the approach taken by the European Court of Human Rights.