The power and position of the European Court of Justice today is often attributed to its landmark rulings establishing the primacy and direct effect of EU law, writes William Phelan. He argues, however, that its ban on inter-state retaliation between Member States was equally important, empowering national courts to enforce EU law and creating trade stability for states, businesses and individuals. 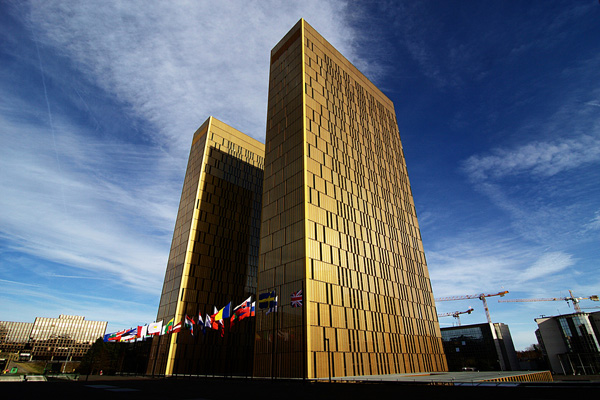 These days, the European Court of Justice appears to be constantly in the news. Whether considering the legality of denying voting rights to prisoners, the European Central Bank’s actions during the financial crisis or the shape of data protection, the Court is deeply involved in disputes on a very wide range of topics. Where individuals and businesses are dissatisfied with the outcomes of national or European law, they turn to the European Court to seek redress.

The Court’s activity today may prompt many to wonder how and why it was created and came to exercise such power over the EU’s Member States, as well as individuals and businesses across Europe. After all, it is far from clear that the founding Treaty of Rome explicitly provided that the European Economic Community, as it then was, should possess such an influential court.

Perhaps the most common answer to the question of how the Court achieved its current position emphasises the judicial ‘revolution’ of 1963 and 1964. In its famous 1963 decision Van Gend en Loos, the Court declared the ‘direct effect’ of European law, requiring it to be enforced to the benefit of private parties in national courts.

In its equally famous 1964 decision Costa v ENEL, the Court declared the ‘supremacy’ of European law, requiring that any conflict between European law and national law be resolved in favour of the application of European law.

Such an account of the European Court’s rise to influence is, with varying interesting permutations, very widely accepted. However, it should be considered incomplete.

European law does not provide benefits only for litigating parties and for national judges seeking advantages from cooperating with the European Court of Justice. Rather, it changes the relationship between states in ways that benefit states, individuals and firms, whether they are involved in litigation or not.

The starting point is to realise that, in many international trade treaty systems, obligations can be enforced, in the last resort, by the possibility that states will threaten or use retaliatory action against other trading states that fail to fulfil their treaty obligations.

So in the World Trade Organisation (WTO), to take perhaps the most obvious example, states that are found to have persisted in policies inconsistent with their treaty obligations face the possibility that their trading partners will be authorised to impose trade sanctions against them. One EU-US dispute within the WTO, for example, eventually led to retaliatory trade sanctions being imposed by the EU on imports of toilet paper, forklift trucks, fishhooks, and jewellery from the US.

Now, from this starting point, it becomes clear that the use of national courts to enforce trade obligations is not just, as many understand, a mechanism to involve individuals and businesses in the enforcement of treaty law. It is also a mechanism to remove any possible use of inter-state retaliation between trading states.

That is to say, states can give up the right to threaten retaliation against their trading partners, with all the disruption that may bring to both trade and diplomacy, where those trading partners have instead allowed the treaty obligations to be automatically enforced by their domestic courts.

Van Gend en Loos and Costa must therefore be considered as partners to another 1964 decision of the Court, the so-called Dairy Products case of 13 November 1964, where the Court comprehensively ruled out any use of the retaliatory enforcement mechanisms within the Community system.

National courts and private parties needed to take on a direct role in enforcing European law, even where it conflicted with other national obligations, because the European legal order was removing any use of inter-state retaliation to enforce its obligations. As new research has shown, indeed, the influential French judge then on the Court, Robert Lecourt, described the relationship between these three cases in exactly that way in 1965.

Understanding the fundamental principles of the European legal order as combining national court enforcement with a ban on inter-state retaliation allows us not only better to understand the Court’s judicial revolution of 1963 and 1964, but also to understand the sources of the power and influence of today’s Court.

The role of private litigants and national courts in enforcing European law does not provide benefits for those litigants, and those courts, alone. The likely alternative system, present in many other trade regimes, would involve the potential of retaliatory action between states, with all the associated threats of constant disruption to a very wide range of businesses and individuals.

Correctly understood, avoiding such an outcome is one of the great benefits of the system created by the European Court of Justice. It is little surprise that it has proved acceptable to the highly interdependent trading states of both post-war and contemporary Europe.

Dr William Phelan is Assistant Professor of Political Science at Trinity College Dublin. His research interests include the politics of European law and international political economy. His latest book on the European Court of Justice is entitled In Place of Inter-State Retaliation (OUP, 2015)