The deterioration in EU-Russia relations as a result of the crisis in Ukraine has strained the EU-Russia energy partnership, writes Marco Siddi. He argues, however, that the mutual dependence of both sides favours continued cooperation in the near term, as the EU will need Russian gas and Russia will depend on the revenues from the EU. 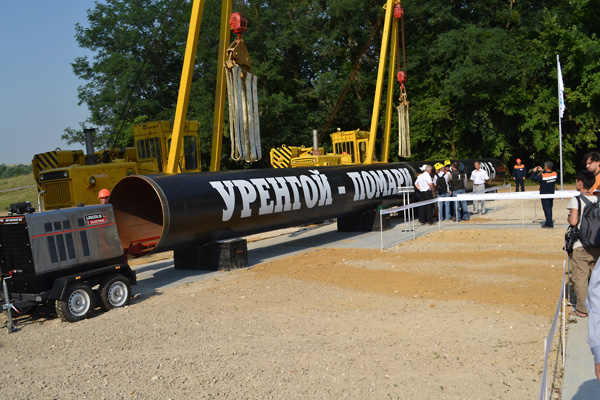 The gas trade between the European Union and Russia is undergoing a period of rapid development and tension. New infrastructure projects, legal disputes and frequent rows over the price of gas between Russia and Ukraine characterise the situation.

The wider context is not new. Russia is the main gas provider to many EU Member States and it depends on the European market for its gas sales, which constitute a substantial part of its export revenues (14 per cent in 2013).

This state of affairs is unlikely to change radically in the next 10 to 15 years. Russian state giant Gazprom has long-term contracts with numerous European companies. The price of Russian gas will most probably remain very competitive and the EU will need at least 100 billion cubic metres of it per year until 2030.

In this context, there are several urgent challenges facing the EU-Russia gas trade. The most pressing concerns Ukraine, which is both a highly vulnerable importer of Russian gas and a key transit country for Russian gas exports to European markets.

Following the departure of Ukrainian President Viktor Yanukovich from power in February 2014, Russia cancelled the discount on the price of gas that it had previously offered to Ukraine. This price increase led to tense negotiations between the two sides, with the EU as mediator, until the following autumn. The talks ended with a supply agreement up to the summer of 2015.

Come autumn 2015 and Russia and Ukraine were back to the same dispute. The parties disagreed on the amount of Ukraine’s price discount and the duration of the new deal. The EU frantically pushed them to negotiate. In late September, an agreement was reached. Russia will sell gas to Ukraine at a price of approximately US$227 per thousand cubic metres until 31 March 2016, with a discount of $20 compared to Gazprom’s initial offer.

The EU committed to facilitating the financing of Ukraine’s purchases. Together with the World Bank and the IMF, Brussels will make $500 million available for this purpose by the end of the year.

The agreement is in everyone’s interest. Ukraine will need an additional 5 billion cubic metres of Russian gas to refill its underground storage reserve before the onset of winter. This will also secure the uninterrupted transit of Russian gas to the EU in the coming months.

However, while Moscow negotiated with Kiev over gas prices for the coming winter, it also took steps that could render Ukraine’s role in the EU-Russia gas trade largely irrelevant in the medium term.

At the moment, approximately 40 per cent of Russian gas exports to the EU flow through Ukraine. Gazprom is planning to expand an existing pipeline in northern Europe, Nord Stream, and build a new one in the south, Turkish Stream. Both pipelines will bypass Ukraine and free the company from dependence on Ukrainian transit pipelines. They will also deprive Ukraine of its gas transit revenues ($3 billion in 2014). According to Gazprom’s plans, the new infrastructure will be in place by 2019.

The implementation of the Russian blueprint will be far from easy. The European Commission is unlikely to be supportive. Given the current tensions with Russia, it has little incentive to agree to new infrastructure projects involving Gazprom.

Brussels knows that, if the expansion of Nord Stream and/or Turkish Stream is implemented, Ukraine will lose contractual power with Russia over its own gas imports. Moreover, the EU would need to build additional new infrastructure to connect Turkish Stream (which is planned to end at the Greek-Turkish border) to European markets.

Economic and political issues are compounded by legal disputes. The European Commission and Gazprom are at odds over the implementation of the Third Energy Package (a set of regulations and directives adopted by the EU in 2009), requiring the unbundling of the production and distribution of energy.

These rules challenge Gazprom’s business model, which includes both the production and distribution of gas to European markets via pipelines in which the company holds a majority stake. Before relations between the EU and Russia deteriorated due to the Ukraine crisis, Gazprom had been able to secure an exemption from the Third Energy Package for the existing sections of the Nord Stream pipeline.

In the current context, securing further exemptions (such as for the planned doubling of Nord Stream) will be much more difficult. Moreover, in April 2014, Russia filed a dispute concerning the Third Energy Package at the World Trade Organisation, arguing that the legislation discriminates against Russian natural gas pipeline transport services and service suppliers.

However, it is likely that Gazprom will have to come to an agreement with the European Commission and implement EU market rules, not least because the Russian company is under scrutiny for another related dispute, with potentially more serious consequences.

In September 2012, the European Commission launched an antitrust investigation against Gazprom, which is suspected of breaching Article 101 (restricting or distorting competition) and Article 102 (abusing its dominant market position) of the Treaty on the Functioning of the European Union (TFEU).

The investigation concerns Gazprom’s business practices in several Central and Eastern EU Member States, where the company is the main or only gas supplier. Gazprom is accused of having promoted a divide-and-rule policy, which allowed it to maintain price differentials among neighbouring countries and to impose unfair pricing.

Gazprom is likely to seek an amicable solution before the European Commission takes the case to court, where the Russian company – if found guilty – could be required to pay a substantial fine (up to 10 per cent of its annual turnover). The company has the resources to adapt its business model to EU legislation and to continue to operate profitably in the European market.

On the other hand, the European Union will have to keep doing business with the Russian company, as its exports will remain highly competitive and hard to replace in the next 10 to 15 years. Meanwhile, European leaders should keep in mind that investing in renewables and energy efficiency is the best and cleanest strategy to reduce dependence on all imports of fossil fuels.

This article draws from the author’s recent Briefing Paper published by the Finnish Institute of International Affairs.

A version of this article was originally published on the LSE EUROPP Blog.

Dr Marco Siddi is Senior Research Fellow in the European Union Research Programme at the Finnish Institute of International Affairs. His areas of expertise include EU-Russia relations, EU energy policy and European security.