In this extended article, Nevena Kostova considers the implications of the European Parliament’s recent non-binding resolution on copyright in the EU. She argues that the document sends mixed signals to the EU Council and to the European Commission, which is currently preparing a copyright reform proposal. 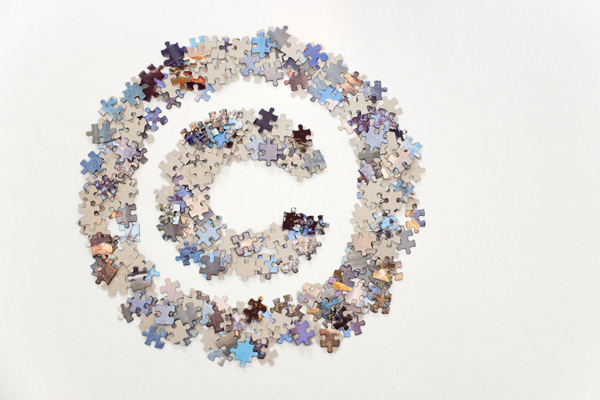 Formulating policy at EU level is a long-winding task fraught with complexity. It requires engagement with various stakeholders, an evaluation of the evidence presented by the affected industries and a balancing act to reconcile diverging interests. Agreeing on a policy which addresses the needs and particularities of all Member States – large and small – is an intricate affair in itself. In the area of copyright law, the plethora of different stakeholders and their often conflicting demands adds further complication to the policy process.

In discussions on EU copyright law, policy-makers need to carefully consider and distinguish between the interests of creators (authors, musicians, artists), right holders (the creators or their publishers, producers, managers, agents, labels), collective management organisations, service providers and retailers (such as Google, YouTube, Spotify and Amazon), researchers and academics, and the public at large (including consumers). On another level, policy-makers may also be faced with conflicting requests from different creative industries. The music and audiovisual industries, for instance, may desire one type of policy whilst the publishing or arts industries could benefit from another.

The latest development in the modernisation of EU copyright rules is a European Parliament Resolution on the implementation of the InfoSoc Directive from 2001, which passed a plenary vote on 9 July 2015. While the Parliament may have sought to provide the Commission with clear guidance on the approach to take in bringing the EU copyright framework up to date, this article intends to show that many of the provisions passed in the July Resolution are neither clear nor consistent. Following a brief overview of the Resolution and the process leading up to its adoption, the article will consider and evaluate the Resolution’s proposals on three specific issues: fair remuneration for creators, geo-blocking and cultural diversity.

On 15 January 2015, German Pirate Party MEP and Rapporteur Julia Reda published her Draft Report on the implementation of the InfoSoc Directive from 2001. This Directive is one of the most important instruments in EU copyright law, as it sets minimum standards for copyright protection and contains provisions intended to harmonise a number of central aspects of copyright and related rights across Member State legal systems.

The draft report received a staggering 556 amendments and was finally adopted by the Committee on Legal Affairs in late June. It had significantly expanded from the initial 24 into 68 operative clauses which attempted to cover a wide range of copyright issues.

The Resolution adopted on 9 July remains very similar to the final draft that passed the Legal Affairs Committee – with one significant difference: the widely contested Paragraph 46 of the proposed report which threatened to restrict the freedom of panorama does not feature in the document adopted. In essence, the proposal had aimed at making commercial photographs and video footage of works permanently located in the physical public space subject to prior authorisation from the authors (or right holders, to be precise) of those works. This mainly affected the photography of buildings in public areas because buildings are protected under copyright law as artistic works.

The perceived threat to the freedom of panorama completely hijacked the debate leading up to the plenary vote in early July and brought to light the limited general understanding on the consequences of the Resolution. In an open letter published in the Guardian, Wikipedia co-founder Jimmy Wales wrote that ‘Unless the legal affairs committee rejects the proposal, hundreds of thousands of images on Wikipedia would be subject to copyright restrictions and would face the risk of being removed.’

Similarly, a campaign with over 555,000 supporters on change.org threatened that ‘The European Parliament might destroy photography’. In fact, both of these claims were factually incorrect and the reason for this actually received a mention in the Guardian’s open letter.

The Resolution adopted by the European Parliament is non-binding. In drafting the report the Legal Affairs Committee made use of a right it has under the Parliament’s Rules of Procedure to draw up an ‘own-initiative report’ (Rule 52). Once adopted, the text of the proposal is forwarded to the Council and the Commission and represents the Parliament’s position on the issue. It is intended as a recommendation to the Commission, which may draft a legislative proposal on the basis of the document.

De jure the adopted resolution can therefore neither bring about practical change in itself, nor is it binding on the EU legislative process. It does, however, constitute the Parliament’s position on a topic which is currently on the Commission’s reform agenda as part of its Digital Single Market Strategy and for this reason its content merits closer consideration.

Key Themes within the Resolution – A Critical Analysis

Among the key themes in the Resolution are (1) the principle of fair remuneration for authors and performers, (2) the issue of geo-blocking and (3) cultural diversity. A closer examination of the policy adopted by the Parliament on these three issues follows. The Resolution also addresses exceptions and limitations to copyright, as well as the liability of internet service providers and copyright enforcement. These latter two aspects are not dealt with under the InfoSoc Directive. They are addressed instead in the e-Commerce and Enforcement Directives respectively.

The European Parliament’s Resolution repeatedly focuses on the need to safeguard (or enforce) the principle of fair remuneration. The wording and context of the provisions which address this issue, however, are riddled with inconsistency. Some clauses (Para 7) seek to ensure the fair remuneration of right holders, others (Para 24) pertain to authors and creators (although elsewhere the term authors is read as an umbrella term for all creators) and others still (Para 27) stress the need for fair remuneration for authors and performers.

It is unclear to whom the principle of fair remuneration should effectively extend. For one, European and international copyright frameworks have long distinguished between the rights of authors and the rights of performers, the latter typically benefitting from lower standards of protection. Provisions solely addressing ‘authors and creators’ therefore leave room for doubt as to the inclusion of performers.

Moreover, the practical reality of copyright law is that the original authors are quite often not the right holders of a work, as they may have contractually signed away their rights to publishers or producers. Therefore, provisions intending to safeguard the fair remuneration of ‘right holders’ may not necessarily extend to the original authors. In this context, it is also disappointing and perplexing to read Para 25 of the Resolution which:

[…] calls for improvements to the contractual position of authors and performers in relation to other rightholders and intermediaries, notably by considering a reasonable period for the use of rights transferred by authors to third parties, after which those rights would lapse, as contractual exchanges may be marked by an imbalance of power; stresses in this connection the importance of contractual freedom.

On the one hand the text demonstrates a profound understanding of the specific challenges that authors and performers face by proposing that their contractual position in relation to right holders and intermediaries needs improvement. The clause even suggests a means of doing so – by placing limitations on the duration of rights transfers. Yet, at the very end, it hollows out the preceding substantive proposition by stressing ‘in this connection the importance of contractual freedom’.

The case of geo-blocking, the practice of restricting the access to content based on the user’s geographical location, is an interesting one and it is perhaps the clearest example of how difficult it has been for the Parliament to take a clear stance on this issue in the recent Resolution. Some clauses (9, 14) denounce geo-blocking as a contravention of the objective of the 2001 Directive – to implement the four freedoms of the internal market. This view sides with consumers who feel wronged when, for instance, their iPlayer does not work outside the territory of the UK even if they have paid for a UK TV license

At the same time other paragraphs (13, 17) highlight the importance of geo-blocking for the audio-visual industry – for the financing, production and co-production of films and TV content. Certainly, the BBC would argue that the iPlayer should only be accessible within the UK as it needs the money from licensing its productions to broadcasters in other territories in order to continue producing programmes. The Parliament’s attempt at positioning itself with regard to geo-blocking evidences the polarised views on copyright law and the divergent needs of different stakeholders.

In the context of geo-blocking, the Resolution submits that this practice effectively promotes cultural diversity (Para 13). At the same time, elsewhere (Para 14) the document warns that geo-blocking may impede the ability of cultural minorities to access content in their own language.

In an attempt to put the preservation of cultural diversity in relation to the level of copyright protection, the document on the one hand purports that the protection of copyright works needs to be ‘proportionate’ (Para 26) so as to accommodate for ‘cultural aspects’. Yet, just a few paragraphs later (Para 29) the Resolution upholds the importance of exclusive rights and freedom of contract (characteristics of a strong copyright system) as enabling the production of content for a culturally diverse audience. Once again, it remains unclear what level of copyright protection the Parliament considers desirable so as to safeguard and promote Europe’s cultural diversity.

Assuming that the objective of the Parliament was to produce a Resolution which would offer the Commission recommendations and guidance on what direction to take when drafting its own legislative proposal to reform the copyright regime (which is expected in the course of 2015), then it is safe to say that this Resolution does not offer much in terms of a clear position on a number of key issues. However, the issues that it addresses go far beyond those that the Commission is currently considering for reform. The question is then, non-binding though this Resolution may be, will it at least encourage the Commission to (consider to) reform a wider range of copyright aspects? If nothing else, the diverging views expressed in the Parliament’s resolution could at least alert the Commission to potential headwinds.

Shortlink for this article: edin.ac/1OA7tOe

(@IP_enthusiast)
The University of Edinburgh