On 3 October 2017, the European Court of Human Rights (ECtHR) handed down its judgement in ND and NT v Spain. It held that the immediate refoulement of two persons from sub-Saharan Africa, carried out by the Spanish Guardia Civil at the Melilla border in August 2014, had violated Article 4 of Protocol 4 to the Convention for the Protection of Human Rights and Fundamental Freedoms (ECHR) (the prohibition of collective expulsion of aliens) and Article 13 ECHR (the right to an effective remedy). 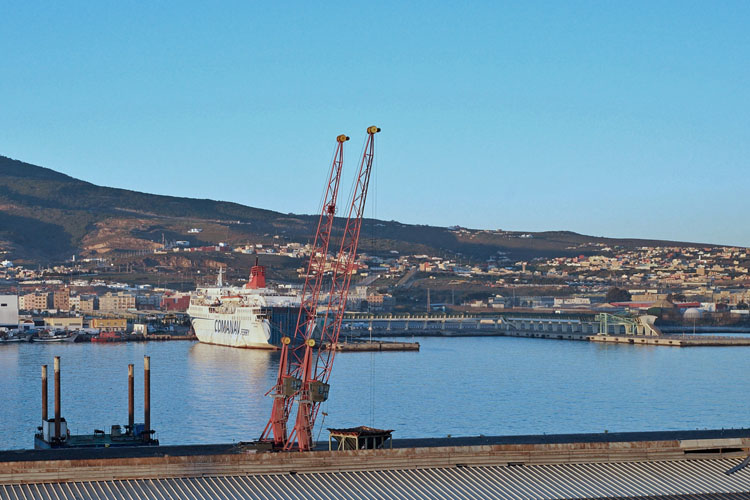 Apart from its implications for the methods applied by states during pushback operations, the judgement in ND and NT has considerable implications for Frontex, the European Border Coast Guard Agency. Frontex was created in 2004 to assist EU Member States with implementing the operational aspects of external border management through joint operations and rapid border interventions, risk analysis, information exchange, relations with third countries and the return of returnees.

In 2016, the tasks of the agency were expanded to include the establishment of ‘a technical and operational strategy for implementation of integrated border management at Union level’ and ‘to oversee the effective functioning of border control at the external borders; to provide increased technical and operational assistance to Member States through joint operations and rapid border interventions; to ensure the practical execution of measures in a situation requiring urgent actions at the external borders; […] and to organise, coordinate and conduct return operations and return interventions’.

The decision concerned two applicants (ND and NT) who tried to enter Spain through the border crossing at Melilla, the Spanish enclave on the African continent, on 13 August 2014. After scaling the barriers located at the border crossing, the applicants were arrested by the Spanish Guardia Civil and returned to Morocco, without being identified. They were not given the opportunity to explain their personal circumstances, nor assistance from a lawyer, translator or doctor. Journalists and witnesses recorded these operations.

The applicants lodged a complaint with the ECtHR. The Court found that the Guardia Civil had carried out a collective expulsion, violating Article 4 of Protocol 4 to the ECHR. According to the ECtHR, the applicants faced an ‘expulsion’ because they were under the exclusive and continued control of the Spanish authorities, and were deported and returned to Morocco against their will. Moreover, the expulsion was ‘collective’ because no judicial or administrative decision had been issued, or procedure carried out, and the personal circumstances of the applicants were never examined. Furthermore, the Court found a violation of the right to an effective remedy protected by Article 13 ECHR because the applicants had not been able to present a complaint against the national authorities.

The Court’s interpretation of these provisions sets strict fundamental rights standards regarding immediate refoulement by land, leaving little room for consideration of the political or social context from the expelling state. Even though the Court was ‘aware of the new challenges that the European Member States must face regarding migration management, due to the context of economic crisis and the recent social and political transformations that had affected Africa and the Middle East’, it held that that could not be a reason to justify a collective expulsion.

Before ND and NT, the return policies applied by Spain in Melilla were a well-documented case, especially in light of its geographical position. The ECtHR’s judgement calls into question the legality of the return methods applied at this border, and thus at every frontier where return operations are carried out. This ruling has implications in particular for Frontex, as the EU’s border agency.

In the Hirsi Jamaa judgement, the ECtHR stated that return operations by sea are collective expulsions when there is no consideration of the personal circumstances of the individuals and where they are deprived of their right to effective remedy. This standard was extended to Frontex operations at sea, which suggests that the ND and NT judgement can also be applied to the return operations coordinated by Frontex on land.

The 2016 European Border and Coast Guard Regulation provides Frontex with the means to improve fundamental rights protection. Article 25(4) EBCGR allows the executive director, after consulting the fundamental rights officer, to end or withdraw financing for border or return operations where there are violations of fundamental rights or international protection obligations. Nevertheless, this power is a discretional prerogative rather than a direct obligation. ND and NT could have the effect of considerably reducing the agency’s discretion in this regard, by making such action obligatory.

Another possible implication of ND and NT for Frontex concerns the requirement of considering the personal circumstances of an individual and providing an effective remedy. Article 72 EBCGR provides a fundamental rights complaints mechanism. The complaints form used by Frontex includes the possibility of complaining against a return operation that has been conducted in the context of a collective expulsion. This procedure could be an effective way for Frontex to consider the personal circumstances of individuals before a return operation is implemented.

It is also not clear in what way the complaints mechanism would operate in a situation such as the collective expulsions suffered by ND and NT. The recordings provided by journalists and witnesses show that the circumstances in which the applicants were returned were chaotic – the expulsion occurred at night and ND and NT were pushed back immediately after arriving. It is difficult to image how and where they could file a complaints form, either to avoid collective expulsion or to complain about the manner in which it was carried out.

The ND and NT judgement sets a precedent regarding refoulement operations by land, which may have implications for Frontex. The ECtHR has established a higher degree of fundamental rights protection for immigrants and refugees, especially on the prohibition of collective expulsions, over any political or social motivations by the receiving state. While small steps were taken in the EBCGR in terms of procedural guarantees, much remains to be done in order to ensure robust human rights protection. Nevertheless, in a context often dominated by surveillance and control, judgements such as ND and NT offer moments of hope.

This article was the winning entry in the blog article competition for the postgraduate course EU Criminal and Immigration Law (2017-2018) at the University of Edinburgh.

Valentina Rioseco Vallejos is LLM Candidate in Human Rights Law at the University of Edinburgh. She previously studied law and social sciences at the Universidad de Concepción in Chile and worked on migration and asylum law.