Many questions surround the upcoming EU referendum and the shape of the UK’s relationship with the EU, writes Christina McKelvie. She explains that these questions form the basis of the European and External Relations Committee’s work on the impact of EU renegotiation and reform for Scotland, which aims to contribute to informing the debate. 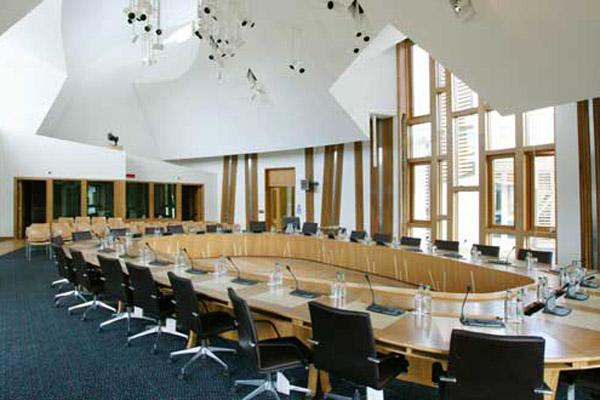 As the Convener of the Scottish Parliament’s European and External Relations Committee, European Futures are very much on my mind. With a referendum on the UK’s membership of the European Union on the horizon, our European future is uncertain, to say the least.

While we wait for the ‘In’ and ‘Out’ campaigns to mobilise, we’ve witnessed, among other things, the Greek economic crisis and refugees from the Middle East and Africa desperately seeking sanctuary on EU shores. To my mind, the failure to resolve both of these situations poses the real challenge to Europe’s future.

Back in Scotland, ahead of the EU referendum, we are faced with a series of unknowns.

Although we can make an informed guess, we do not know the exact purpose or substance of the reforms that the UK Government is seeking in its negotiations with other Member States.

Nor do we know when these negotiations will be concluded and therefore when the referendum will take place, even if one has been pledged before the end of 2017.

If a majority vote to leave the EU, we do not know what alternatives to EU membership would be considered.

And perhaps most importantly, we do not know what the result of the referendum will be.

All of these unknowns might be regarded as putting me in an unenviable position as Committee Convener, but it is these very ‘unknowns’ that have directed the Committee’s inquiry work towards the Implications for Scotland of EU reform and the EU referendum.

One thing we do know is that the nature of the UK’s future relationship with the EU will have a very direct impact on Scotland, in the spheres of business and the economy, agriculture and education and many other areas of Scottish society. In addition, individual citizens will be affected in different ways, whichever way the referendum goes.

That is why, in the remaining months before Holyrood’s dissolution in late March 2016, the Committee will hope to explore the following questions:

By asking these questions as part of our inquiry work, I hope that the Scottish Parliament’s European and External Relations Committee can be a forum where these vital discussions and debates can take place and that a full range of views can be heard. I hope also that, at the end of the inquiry process, the Committee’s report can be a source that provides answers when people living in Scotland consider their view on the UK’s future relationship with the EU.

In conducting this work, the Committee is particularly keen to hear the voices of people living in Scotland on their experiences of the EU. We are therefore asking people to submit testimonies to the Committee on what the EU means to them and we will post these on the web and take them into account in our deliberations.

While the Committee considers the implications of EU reform and the EU referendum for Scotland, I hope that we will still have time to devote to the other challenges facing the EU, and which are covered in the articles on European Futures.

Shortlink for this article: edin.ac/1iDmW5I